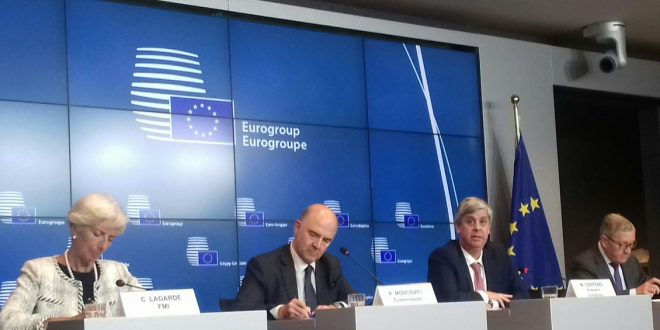 The atmosphere on Friday morning is good. Greece’s creditors cheer, international and even German media hail the Eurogroup deal as “‘end of the Greek crisis”, “Greece exits the bailout” and “the Greek debt is sustainable.” But the Eurogroup of the 19 finance ministers  did not give Greece a debt relief. Neither lower interest rates or a growth clause. What they did was to extend:

The deal reached in the early morning hours of Friday due to German objections regarding the time debt extension, paves also the way for Greece to exit its 8-year bailout program.

Furthermore, Greece gets a tranche of 15 billion euros, a so-called “buffer” which is one more loan. From this 15billion, 3.3 can be used to buyback loans from the IMF.

The Eurogroup statement adulates the Greeks’ sacrifices and the government’s efforts but in substance the agreement is below expectations or real rewarding.

“We congratulate the Greek authorities and Greek people for the successful conclusion of the ESM programme. The Eurogroup acknowledges the significant efforts made by the Greek citizens over the last years. Greece is leaving the financial assistance programme with a stronger economy building on the fiscal and structural reforms implemented. It is important to continue these reforms, which provide the basis for a sustainable growth path with higher employment and job creation, which in turn is Greece’s best guarantee for a prosperous future.”

The Eurogroup agreed to implement, in addition to the short-term debt measures already in place, the following medium-and long-term debt measures in order to ensure that the agreed GFN objectives are respected also under cautious assumptions.

For the medium term, this includes the following upfront measures:

The two measures mentioned above are subject to compliance with policy commitments and monitoring, as outlined below.

The statement says further that “based on a debt sustainability analysis to be provided by the European institutions, the Eurogroup will review at the end of the EFSF grace period in 2032, whether additional debt measures are needed to ensure the respect of the agreed GFN targets, provided that the EU fiscal framework is respected, and take appropriate actions, if needed.”
At the end of its statement the Eurogroup notes “the IMF confirmed its continued involvement in Greece in the post-programme surveillance framework alongside the European Institutions.” This is: no more active IMF participation, but the role of austerity policeman. The IMF wanted a 15-year-old extension but Germany pressed for 10 years. 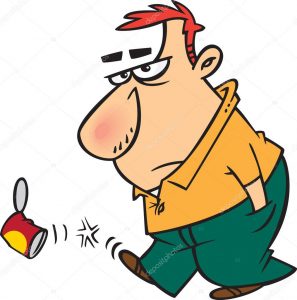 He added among others that Greece passed 450 legislative actions in the context of the 3. bailout program alone. He did not dare mentioning the legislative, bailout related actions in the first two fiscal adjustment programs.
With long-term measures up to 2060, Greece’s plight  has by far not ended on June 22 neither it is going to end on August 18, when it will officially exit the 3. bailout program.
Risks and hostage situation remains at far future. It is not easy to get rid of  275 billion euros loans in 8 years.
One thing to still be seen is the reactions of rating agencies that will be crucial for Greece’s return to international markets.
But more crucial is to see how this “great deal,” how “the biggest solidarity the world has shown ever” (so ESM Regling) will affect the lives and the pockets of Greeks. For sure is that
At the end of the day, we end up where we started, this is at the Eurogroup, with a higher debt than in 2010.
Greek debt in 2010: €262 billion
Greek debt in 2018: €323 billion