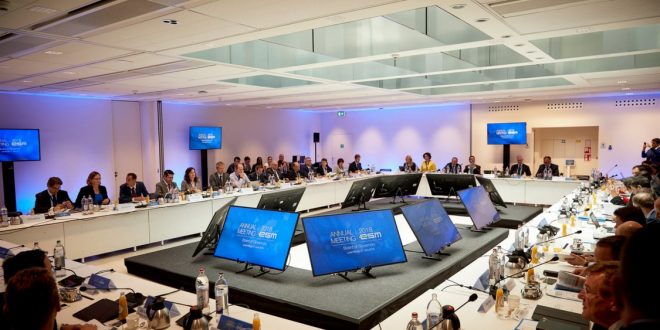 One after the other, the heavy weights of the Eurozone took the floor after the extensive and exhausting 9-hour Eurogroup meeting on Thursday. They started to congratulate each other and praise the deal they reached with Greece. In fact, they did not reach any deal that normally occurs after lengthy negotiations, terms and mutual concessions. They threw a small piece of cheese in form of interests payment extension to the European lab rats and proceeded with tightening the austerity corset and the progress surveillance till the end of their days and beyond, till 2060, and ‘stick to your commitments.

However, the rhetoric they used this time, after 8 years of painful Eurogroups on Greece, is surprising. All without exception, they hailed the “historic deal” – although to me it looks as one more deal that keeps Greece hostage to a non-stop eurozone austerity policy.

They packed the deal with nice wording bubbles. They literally trolled Greeks, one after the other.

A new chapter is opening for Greece.
This is the result of both national reforms and support from EU partners.
The sacrifices and efforts of the Greek people in undertaking these reforms have delivered real, tangible results. pic.twitter.com/VB8gI9QPxI

Eurogroup agreement paves way for successful conclusion of the programme and a new chapter for the country. I will always fight for Greece to be at the heart of Europe. I pay tribute to the Greek people for their resilience and European commitment. Their efforts were not in vain.

EU Commissioner, Piere Moscovici, is the winner of the Troll competition, if you ask me… Below his best quotes at the press conference. 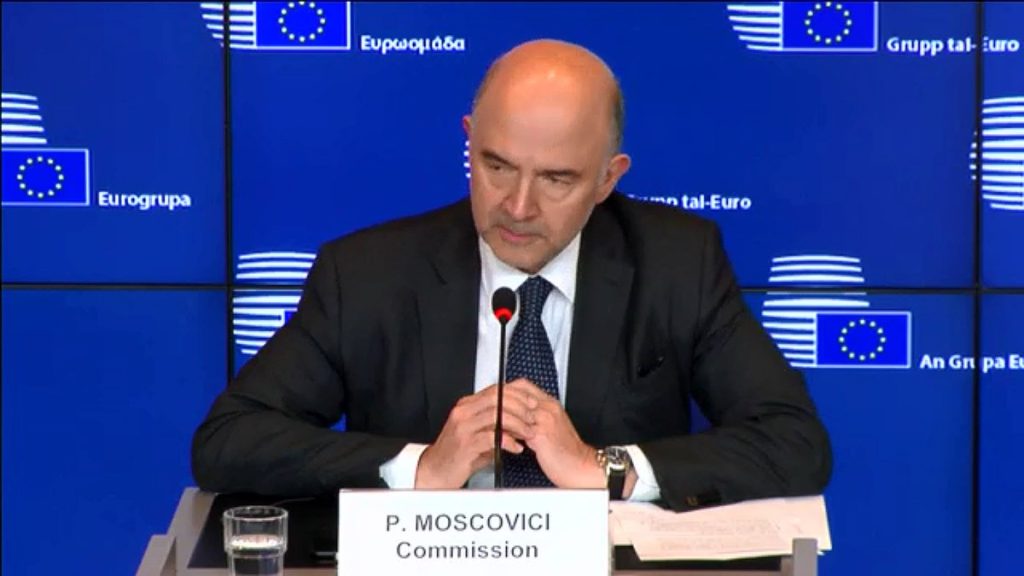 “Tonight is exceptional and historic” – Greek crisis is over and the euro survived its “existential crisis.”

“Our thoughts tonight are with the Greek people and the sacrifices they have made.”

Tonight, eight long years of crisis come to an end for Greece and, symbolically, for the euro area as a whole. Tonight a new chapter begins.

ESM chief Klaus Regling: eurozone solidarity to Greece is “the biggest solidarity the world has ever seen.”

A miracle happened over night. On Thursday, the Greek debt was not sustainable, on Friday it was – or some believed it was. 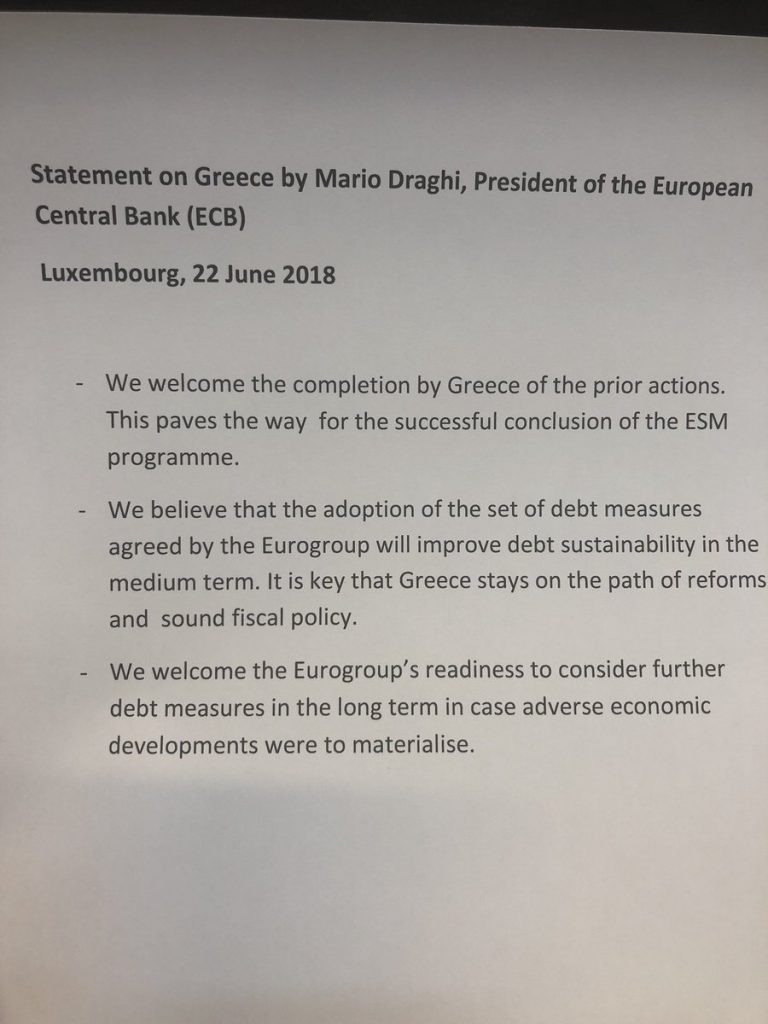 Finance Minister Euclid Tsakalotos: “We believe that with these debt relief measures the Greek debt has become sustainable.”

Government Spokesman Dimitris Tzanakopoulos: “It is a historic decision that makes the Greek debt sustainable.” “The Greeks can now smile.”

Whereas the IMF said via Lagarde “The fund is very comfortable about medium-term sustainability of the Greek debt” after #Eurogroup agreement. But Fund has “reservations” about long-term, though. the Eurogroup reaffirmed commitment to intervene in long-term, if needed, to make debt sustainable.”

I cannot conclude this post without mentioning one of the best performances at the Eurogroup stage. It was by Managing Director of the International Monetary fund. Christine Lagarde who held a presser by her own, wishes Greeks “Good Night!

Yes. Good Night and Good Luck! Turn the light off!