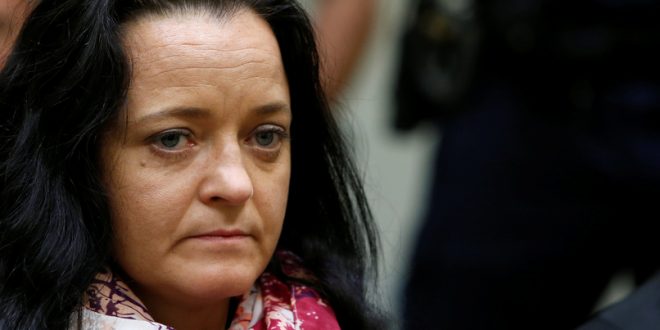 Defendant Beate Zschaepe waits in a courtroom before the proclamation of sentence in her trial as the only surviving member of neo-Nazi cell National Socialist Underground (NSU) behind a string of racist murders, in Munich, Germany, on July 11, 2018. Zschaepe, 43, is accused of complicity in 10 deadly shootings of mostly Turkish and Greek-born immigrants carried out by clandestine trio the National Socialist Underground (NSU). / AFP PHOTO / POOL / MICHAELA REHLE

A German court found neo-Nazi NSU member Beate Zschäpe guilty of murder on ten people and sentenced her to life in prison. The surviving member of the neo-Nazi terrorist group the National Socialist Underground (NSU), Beate Zschäpe, has been found guilty of 10 counts of murder. Nine of the terror-organization victims were foreigners and one a German police officer. The motive was racism and xenophobia. The trial was one of the biggest in postwar German history.

Beate Zschäpe, member of the neo-Nazi terrorist group the National Socialist Underground (NSU), was sentenced to life in prison on Wednesday for the murder of ten people between 2000 and 2007.

Nine of the NSU victims were foreigners and one a German police officer.

Their victims: eight people of Turkish origin, one Greek businessman man and a German policewoman.

The crimes were committed across Germany, in the cities of Rostock, Hamburg, Dortmund, Kassel, Nuremberg, Munich and Heilbronn

The judge Manfred Götzl also attributed Zschäpe with serious culpability, which means the 43-year-old is likely to serve more than the minimum of 15 years.

Ralf Wohlleben, who was found to have provided the gun with which nine of the murders were carried out, was sentenced to 10 years in prison. Two other accomplices, Holger G. and Carsten S., were sentenced to three years in prison each for helping a terrorist organization and nine counts of accessory to murder, while a third man, Andre E., was sentenced to two years and six months for helping the group. Andre E. was released, having already served his prison time during the trial.

Many neo-Nazis had made it into the courtroom and cheered loudly when Andre E. was released. Outside many people observed a minute’s silence for the NSU’s victims before the verdict was read.

The judge said the three members of the NSU had resolved to carry out “ideologically-motivated attacks” and kill foreign citizens, and had planned the murders together.

Two male members of the group, Uwe Böhnhardt and Uwe Mundlos, had carried out the killings. On November 4, 2011, Böhnhardt and Mundlos, , were found dead of gunshot wounds in a mobile home in the state of Thuringia. At this point, the police had already been on their tail after the two committed a bank robbery. Investigators believe the two had committed suicide.

The judge emphasized that the NSU’s attacks could only have succeeded if all three members had planned them together, rejecting Zschäpe’s defense that she had not committed any of the killings herself and had only found out about them afterwards. – via dw 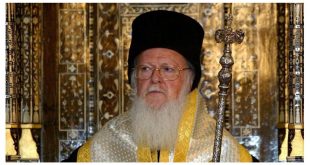 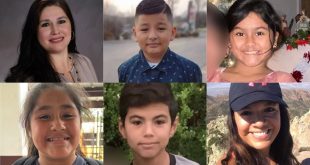 “Devastated by the news of the horrific elementary school shooting in Uvalde, Texas, that claimed …