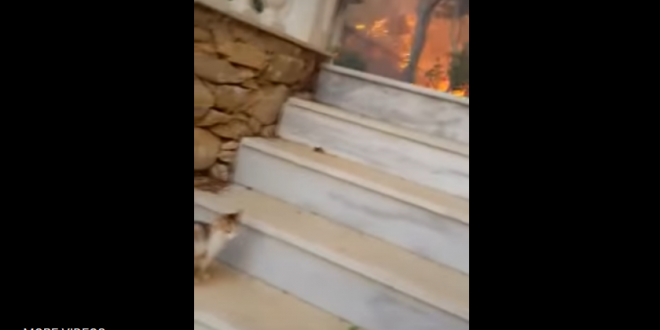 July 28, 2018 animals Comments Off on Breathtaking video of man risking life in flames to save his cat 3,196 Views

This is one of the most shocking videos from the East Attica wildfires of last Monday (23. July 2018). A man tries to rescue his cat as the blaze is moving at a high speed towards his house in the settlement of Neos Voutzas.

He has no chance to leave the area.

On the video the man recorded as the flames surround the area, he is heard to be calling for cat that is terrified from the inferno, the fire heat and the loud noise.

As he moves around trying to catch the cat and bring her inside, the powerful wind shuts the entrance door and the man gets shut out of his house.

At that point the flames have surrounded the man and literally pass over him. 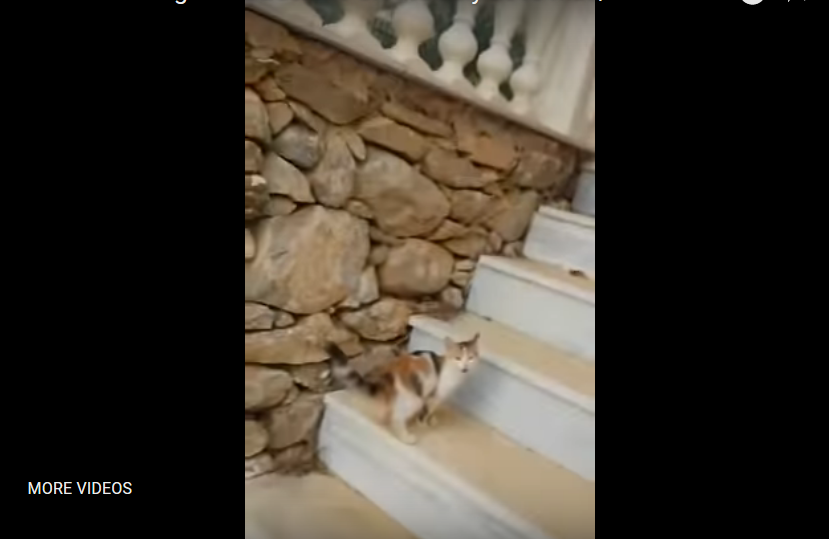 The man reportedly manages to reach the garage, after he walked close to the house wall.

The mobile keeps recording the flames as the man is in safety.

The man has reportedly survived the fire with minor burns.

The cat has been also rescued as well one more of the three the man kept in his home.

“He shot the video knowing it may be the last video of his life,” a friend of his posted on social media.

Some of the man’s relatives spoke in Greek television channels but the man has not talked to reporters.

He probably tries to recover from the shock.