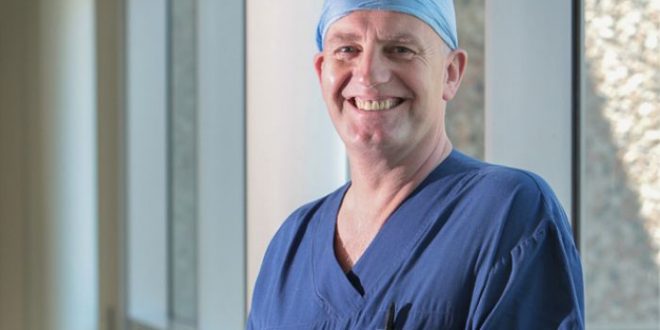 July 30, 2018 Social Comments Off on Top plastic surgeon from Australia in Greece to help victims of wildfires 456 Views

A top plastic surgeon based in Adelaide has traveled from Australia to Greece to offers his help and expert assistance to the victims of the wildfires who have suffered burn injuries. Dr John Greenwood who has developed synthetic skin product hopes to be able to use it on the fire victims.

More than 50 people are hospitalized in Athens still a week after the wildfires, ten or them are intubated and in critical condition. More than 180 people were injured at the wildfires in East Attica, the majority of them had burn injuries and respiratory problems.

Greenwood immediately responded to the devastating news and got on a plane to Athens on four days after the fires.

Dr John Greenwood will assist Greek surgeons with the 10 most severely burned patients from the fires.

The world-renowned plastic surgeon was due to start assisting with surgery at the KAT Hospital in Athens on Sunday, Australian media report.

Dr Greenwood is director of the Adult Burns Unit at Royal Adelaide Hospital and was 2016 SA Australian of the Year for his world-leading work in burns treatment.

He developed the synthetic skin product NovoSorb BTM, made by Melbourne-based company called after the 2002 Bali bombings.

The product is considered a game-changer for burns treatment.

PolyNovo chief executive Paul Brennan said Dr Greenwood was an “extraordinary person” who was keen to help however he could.

NovoSorb is not approved for use in Greece so it can only be used if special exemptions are granted.

Mr Brennan said it was better than skin grafts because of less risk of infection, it was easier to use and created softer and less-scarred skin after surgery.

“The reason we’ve done this is from a humanitarian point of view,” Mr Brennan said.

“This product was invented because of the disaster of the Bali bombings.

“Australia had 200 people badly burnt during that episode and here’s Greece with a major burn incident and if we can help in any way that’s a good thing.” abcnews, 9news.

Although not officially confirmed yet, 91 people are said to have lost their lives in the fires.