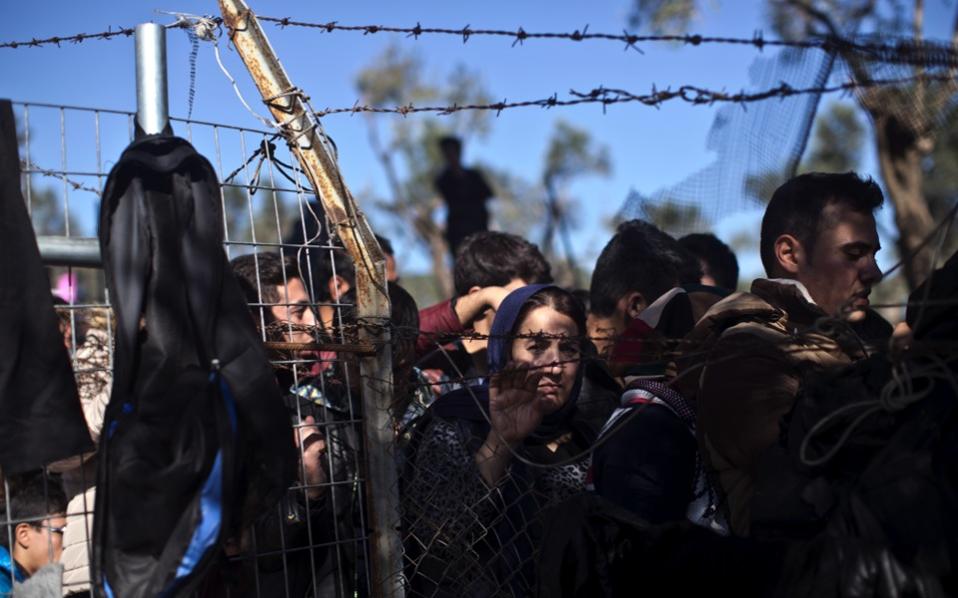 3,000 migrants from overcrowded Moria to be relocated to mainland

September 18, 2018 Greece, Politics Comments Off on 3,000 migrants from overcrowded Moria to be relocated to mainland 1,090 Views

After repeated appeals for asylum-seekers relocation from overcrowded Moria camp in the island of Lesvos, the European Commission reportedly plans to finally take take action. A total of 3,000 people are to be relocated to the Greek mainland.

An EU source told New Europe that “the European Commission, having repeatedly alerted the Greek authorities about the very challenging situation at (the) Moria (camp) has discussed and the urgent need to address this situation and, as always, ensured the availability of EU funds to help face the challenges.”

The source added that “the Commission is also offering its support to transfer vulnerable applicants to the mainland to help ease the pressure on the island.”

“More than 3,000 migrants whose geographic restrictions have been lifted are expected to leave the islands for the mainland – the Commission is hoping to accelerate this process,” the EU source told New Europe ahead of European Commissioner Dimitris Avramopoulos’ visit to Athens later in the week.

Relocation of migrants who have arrived to Greek islands after March 2016 is practically impossible due to the so-called EU Turkey deal.

Occasionally Greece has indeed transferred vulnerable groups among the asylum-seekers to mainland.

New Europe writes that “according to the data available, over 32,000 at-risk refugees have been transferred to the mainland with the support of the UNHCR, EU funding or own means.”

However I am not sure where this information comes from and whether it refers to the period after 2015 or after the EU Turkey deal.

According to latest data from Greek Migration Ministry, a total of 19,000 asylum-seekers are currently on the islands of the eastern Aegean Sea Lesvos, Chios, Samos, Limnos and Kos.

Overcrowded camps is a general problem on the islands. Samos hosts 4,000 people. Of them 3,817 are crammed in the Vathi reception center that has a capacity for just 648.

EU authorities that have the last saying on relocations to mainland pass the buck solely to Greeks.

Fact is that the EU Turkey deal has failed big mainly on EU member states unwillingness to share the burden of thousands of people who keep reaching Greece. They rather close their borders and transfer responsibility to the countries of the South, forcing Greece and Italy to deal alone with the problem.

German Chancellor Angela Merkel pressed a migrants return deal with Greece and Spain last June for the sake of her own political survival. Her slogan “Refugees welcome” in 2015 turned to “Stay away” in 2018.