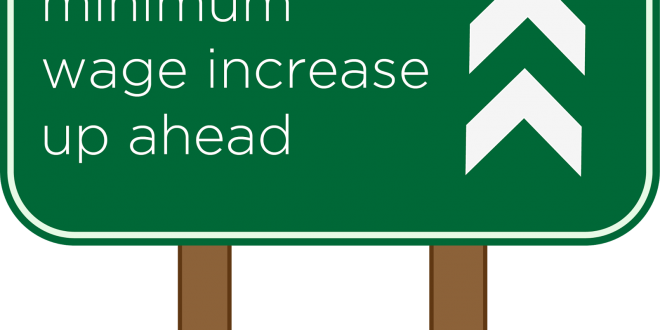 Minimum wage in Greece will be increased as of 1. January 2019, Labor, Social Insurance and Social Solidarity Minister Efi Achtsioglou announced beginning of the week.

The increase of the minimum wage is a process that will start immediately and will require four months to be completed, Achtsioglou told ANT1 TV.

Based on the amendment, the procedures are expected to conclude towards the end of January.

Minimum wage was decreased from 781 euro gross to 580 beginning of 2012 under pressure of the International Monetary Fund. For workers aged 15-24 the minimum wage went down to 520 euros gross.

Managing Director Christine Lagarde had vehemently put pressure on Greece on this issue falsely claiming this measure would boost competitiveness.

Instead of  “boosting competitiveness” which needed also other measures aside of peanuts wages, the measure ended up in the exploitation of Greek’s labor craft.

The measure was implemented by the appointed and not elected government under former banker Lukas Papademos.

The increase next year is expected to bring the minimum wage back to the levels of before the cut.

With regards to the further pension cuts, Minister Achtsioglou said she was confident, the government will manage to convince lenders that pension decreases is not a necessary structural measure.

There is room for negotiations between the two sides, she stressed.

She described as “obsessive” the position of the IMF during Greece’s second review of the last bailout program when the government had asked to be no pension cuts.

The minister noted that the stance of European partners was different.

There has been a feasibility study of the pension system completed up until 2070 which is not in question, Efi Achtsioglou stressed, adding that Greek Finance Ministry officials are convinced that the targeted surpluses will be achieved and that there will be no fiscal gap.