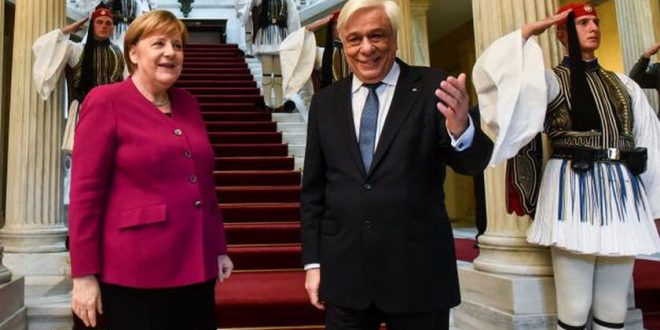 Few Greeks were impressed by the statements of German Chancellor Angela Merkel during her two-day visit in Athens on Jan 10-11. Apart from the political leadership and the financial sector officials and interest parties, majority of Greeks complained about the traffic disruptions and closed metro stations. They didn’t even seem to have taken notice that the German Chancellor did not explicitly rejected the Greek claims of the WWII reparations for the Nazis crimes, atrocities and enforced loan. 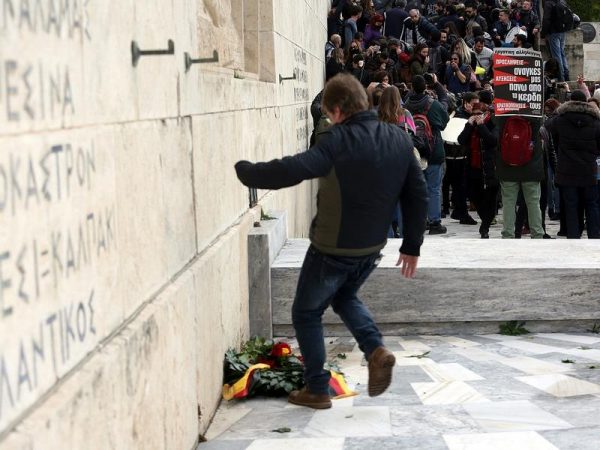 Some protester who gathered outside the Parliament went so far to stamp on the wreath Angela Merkel laid at the Monument of Unknown Soldier, a cenotaph dedicated to the Greek soldiers fallen in the battlefields of the 20th century, WWII included. 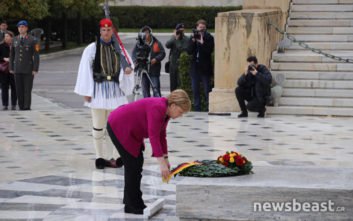 During the meetings with the German Chancellor, both the Prime Minister and the President brought up the issue of World War II reparations for atrocities committed by the Nazis although Berlin has repeatedly rejected any Greek legal claims, even for the enforced loan.

Merkel could not avoid the challenge posed by Pavlopoulos and but what she said was a generalized “We are aware of our historical responsibility,” a phrase the German leadership says whenever it visits a country occupied by the Nazis in WII.

However, Merkel did not dare to tell the Greek President “the issue of reparations was solved in 1960” or so, through agreements and peanuts to the victims.

“We know how much suffering Germany caused Greece during the era of National Socialism, so the lesson for us is to do everything we can to ensure good relations with Greece and to support each other for the benefit of both countries,” Merkel added.

Berlin argues that its payment to Athens of 115 million deutschmarks in 1960 (€59 million in today’s currency) — coupled with a 1990 treaty at the moment German reunification — settled the issue.

Last autumn, the Greek Parliament Speaker had announced that there would be a voting for the commission report at the Parliament.

By Jan 12th 2019, many Greeks wonder what happened with the Commission’s report and the voting….