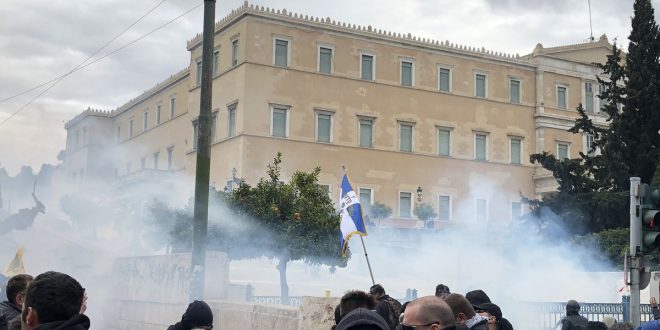 Clashes and extensive use of tear gas at Macedonia rally, 44 injured (videos)

January 20, 2019 Greece, Politics Comments Off on Clashes and extensive use of tear gas at Macedonia rally, 44 injured (videos) 229 Views

Macedonia protesters clashed with riot police outside the Greek Parliament on Sunday during the big rally against the Prespes Agreement. Armed with sticks a group of men tried to break the police cordon and enter the Parliament building in downtown Athens.

The reaction by riot police was prompt with extensive use of tear gas to disperse the crowd.

Thousands of people had arrived in Athens from across Greece to participate in the big rally against the Prespes deal. Among the participants were also diaspora Greeks from far away Australia and the US. 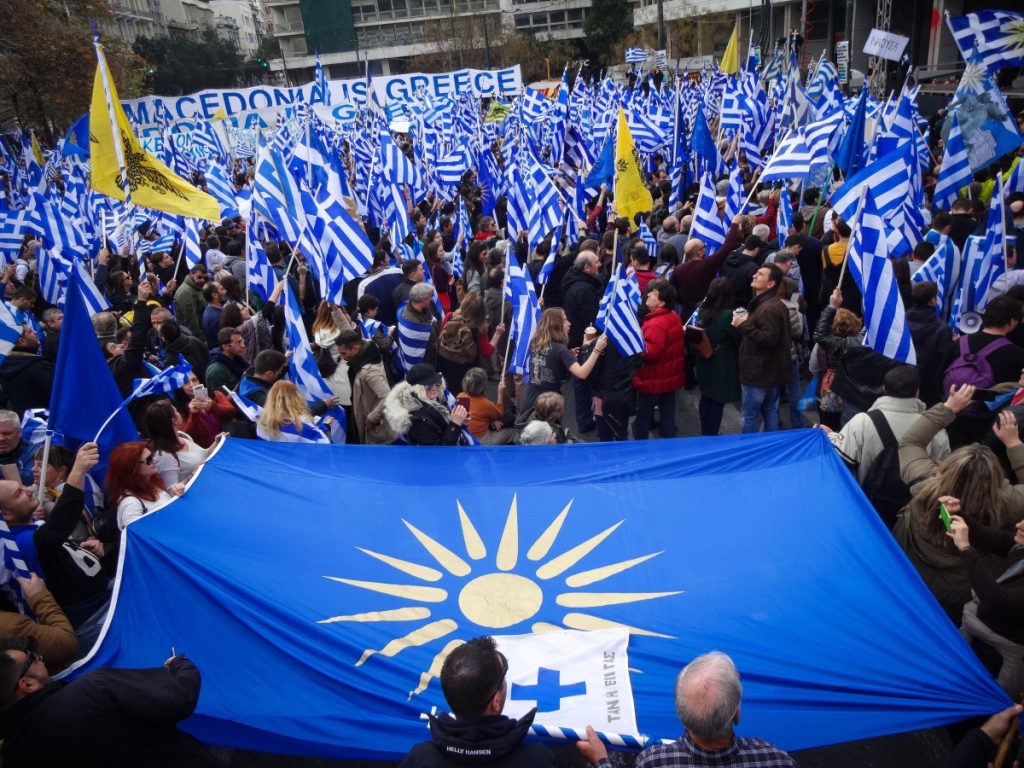 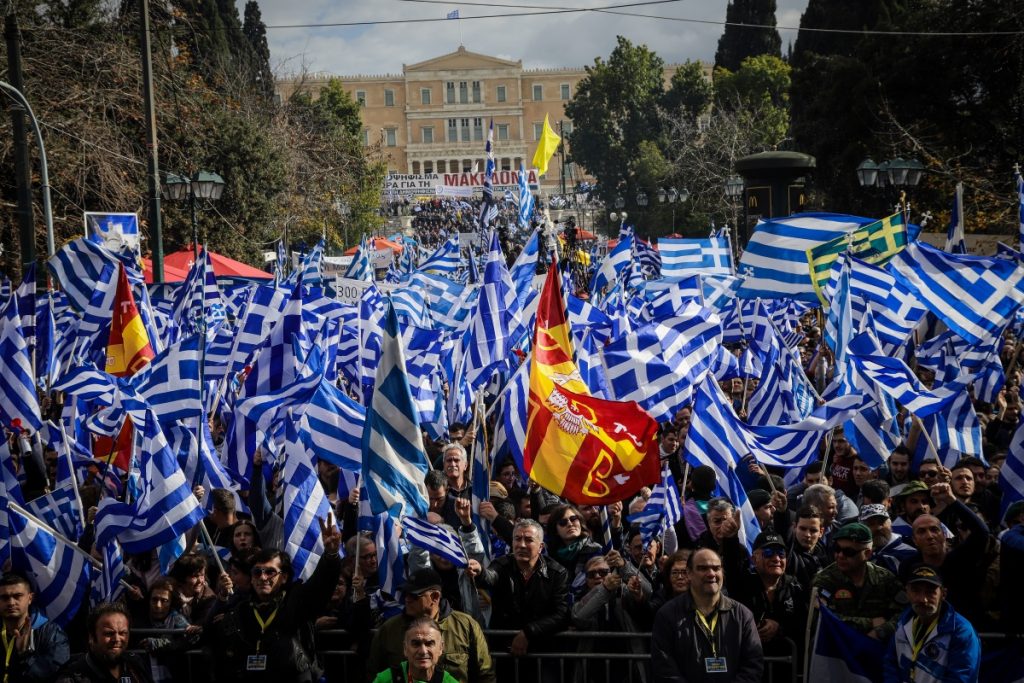 Holding Greek flags and under the sound of military marches and traditional songs or songs created for the Anti-Prespes purpose, protesters chanted “Macedonia is Greek” and sang the National Anthem.

They demanded that the deal never comes to Parliament for vote and collected signatures for a Referendum. 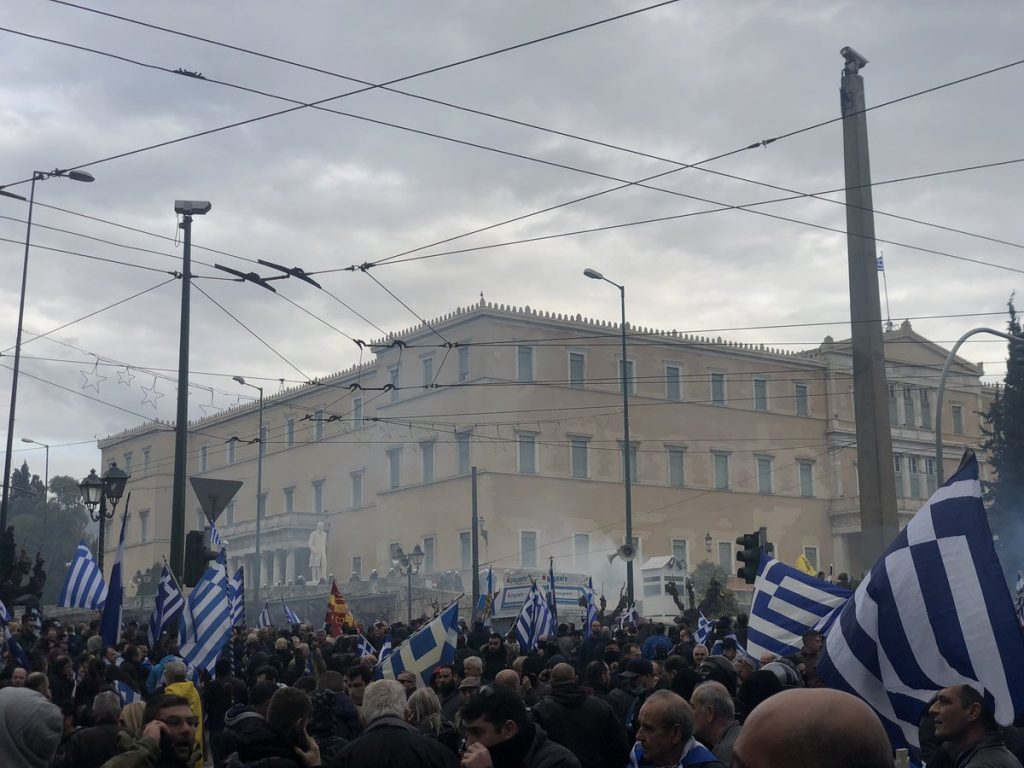 The extensive use of tear gas has triggered an outrage and it was thrown not only against the rioters at the Parliament but also against the crowd with many children and elderly. 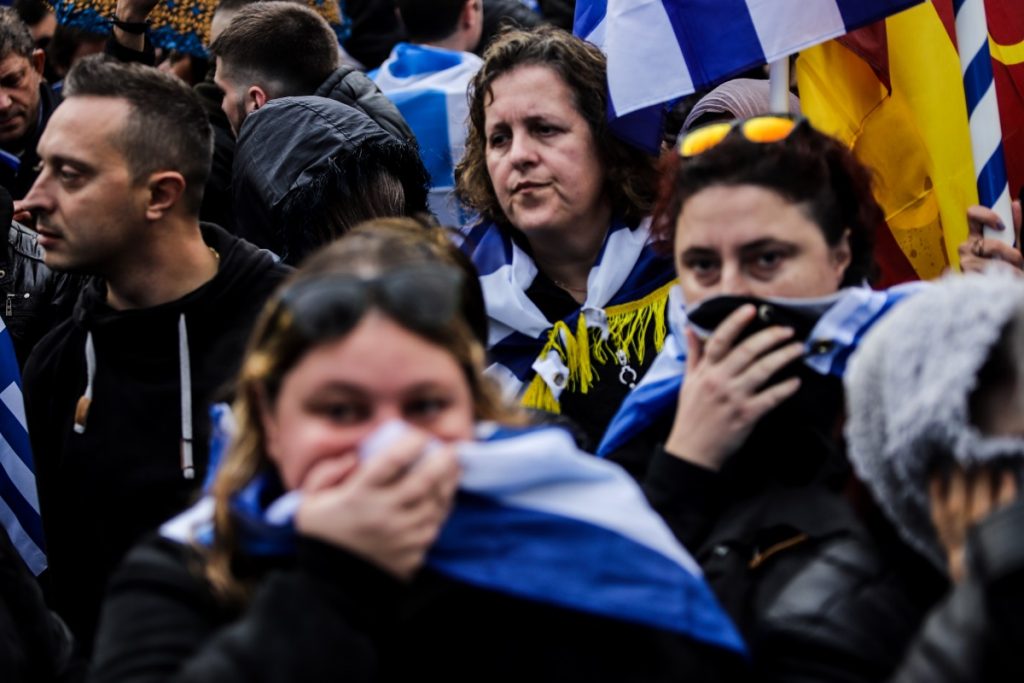 8 citizens have been hospitalized for respiratory problems, at least 15 people were treated by paramedics on the spot.

the total number of injured is reportedly at 44, police officers incl. Majority of injuries were the result of the clashes or the tear gas.

The Athens Doctors’ Association has said to file a lawsuit against the use of tear gas.

In a statement, Greek police said it acted according to plan and order. 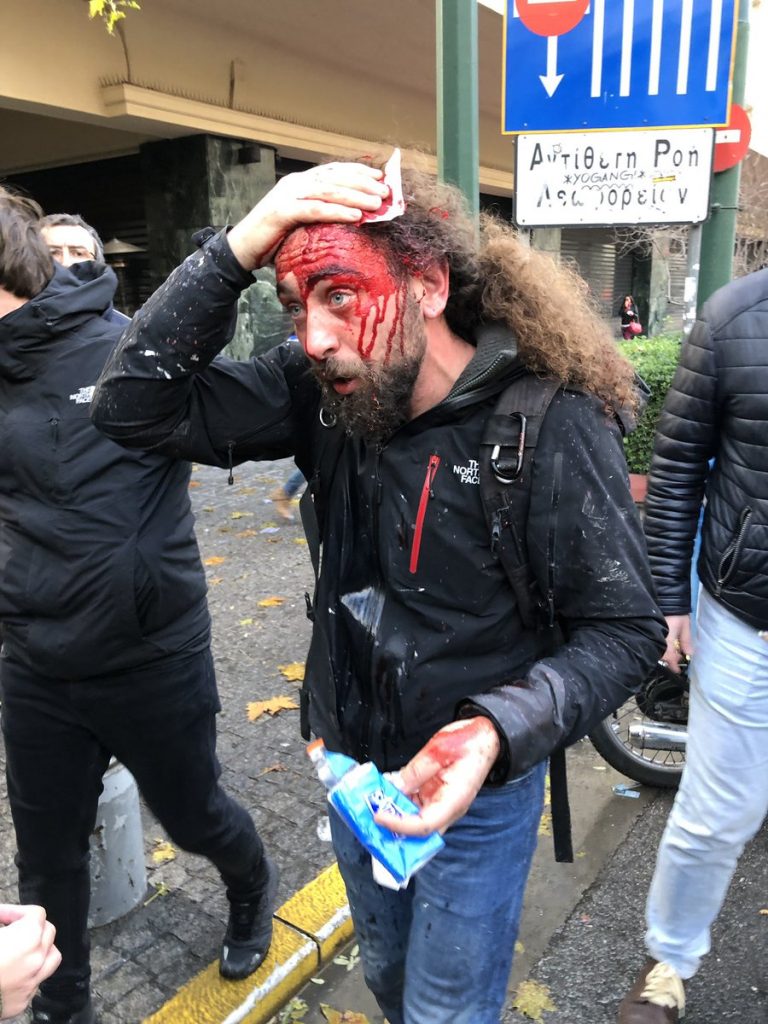 Photographer Kostas Ntantamis was beaten up reportedly by far-right extremists of the Golden Dawn. He was transferred to the hospital.His camera was stolen. A camera man of state ERT TV and a SKAI TV reporter were attacked and injured.

Police has detained 12 people, 7 of them were later arrested. Among the detainees are two Turkish nationals and on German woman, media reported.

While the rally organizers had expected 1.5 million protesters, the official estimation of turnout by Greek Police is some 60,000 people.

Organizers had claimed that 3,000 buses from all over Greece would in the rally in Athens, but police said that 326 buses had arrived.

Will the Macedonia protest influence the lawmakers’ vote in the Palriament, scheduled for next Friday? Hardly…

Slowly but gradually, Prime Minister Alexis Tsipras seems to be on the way to secure the 151 votes he said he would need for the ratification of the Prespes Agreement. A lawmaker from the Movement of Change (KINAL) was expelled from his party late on Sunday, after he declared he would support the deal.