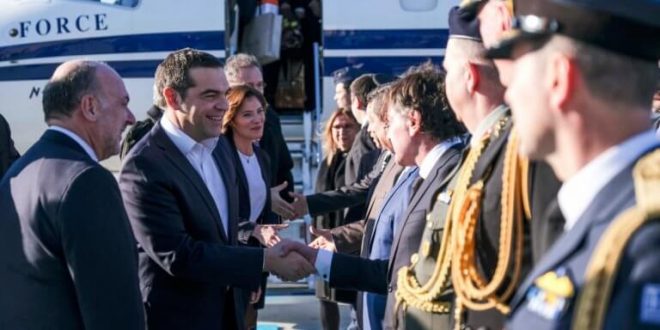 The two-day visit of the Greek Prime Minister aims to ease tension between the two neighboring countries. Contrary to this practice, the Turkish neighbors set up an agenda that it most likely won’t help to the expected diplomatic results.

Tuesday morning, the Turkish Interior Ministry updated a list of former military officers wanted for their alleged role in the failed coup in summer 2016. The eight Turkish soldiers who fled to Greece a day after the coup were included in the list. The award is 700,000 euros for each one of the 8 soldiers.

The award for the soldiers who have been granted political asylum, angered Athens. Migration Minister Dimitris Vitsas commented on the decision “It is of great importance any move or activity that hurts the sovereignty of our country. It is not allowed that someone intervenes in such way, I insist on that.”

Turkey has three times requested the extradition of the soldiers, but every time Greek courts rejected the request on the ground that the soldiers would not have a fair trial.

The soldiers was not the only thorny issue Turkey put on the table. On Monday, Erdogan’s spokesman Ibrahim Kalin told reporters that top on Ankara’s agenda were the “Turkish minority in Thrace and the islands.”

Ankara claims the Muslim minority to be Turkish people without exception and that some of the islands in the Aegean Sea belong not to Greece but to Turkey.