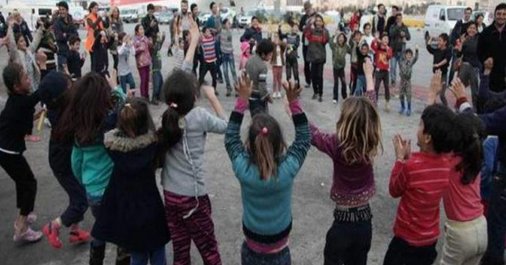 The European Court of Human Rights (ECHR) has punished Greece and France for their treatment of migrant children in two unrelated cases.

The Court ordered Greece to pay 4,000 euros ($4,550) to nine teenagers — six Syrians, two Iraqis, and a Moroccan — who arrived in the country in early 2016. The court found they had been held for between three and five weeks in police or border-guard stations before being transferred to migration authorities.

The ECHR said the detention facilities were unsuitable for such long terms, particularly for children.

The court rejected a claim by the migrants that the reception center to which they were eventually sent was overcrowded and unsanitary.

The court said the influx of migrants to Greece at the time was an “unprecedented migratory and humanitarian crisis” and that the reception center had been created on an emergency basis.

The Afghan, identified as Jamil Khan, who was 12 at the time, was living in the camp when the government ordered its demolition. A French court ordered that the child be cared for, but the state did not carry out the order.

Because of that failure, the court ruled, the child “spent six months living in an environment manifestly unsuitable for children, characterized by insalubrity, precariousness, and insecurity.”

Khan crossed the English Channel in March 2016 and is now living in Birmingham, England.