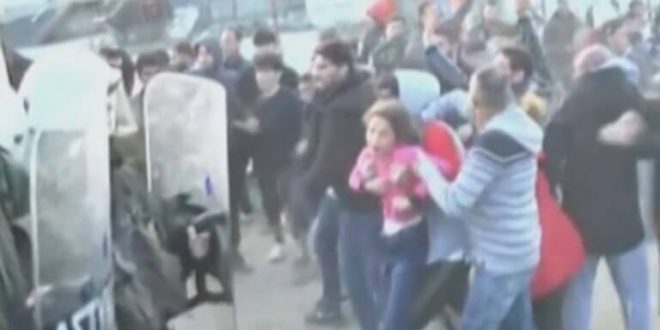 Mothers with children in their arms tried to break through the riot police chain in Diavata as hundreds of asylum-seekers want to reach the borders to North Macedonia and from there go to Europe, most likely to Germany.

In an unprecedented incident a man is holding a little girl in his arms and use it to protect himself from police. The girl is crying and tries to escape but in vain.

More than 500 asylum-seekers from all over Greece gathered outside the accommodation center in Diavata already on Thursday, following the false rumor circulating on social media that the borders will be open at 12 o’ clock noon and they can go to Germany.

Short after 11 o’ clock, tension rose when a group of mothers with children in their arms approached the riot police asking to be allowed to pass through. The women were pressing against the police shields.

The situation was calmed down some twenty minutes later. 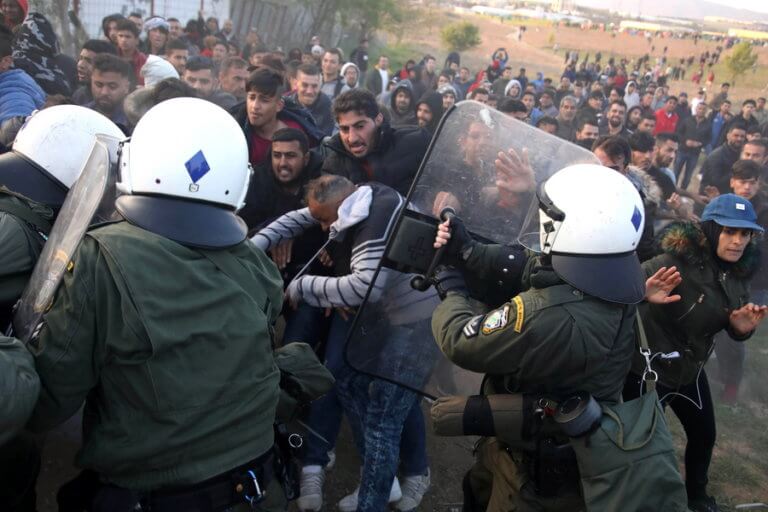 But then it was men who clashed with police.

At the same time, dozens of migrants and asylum seekers flock to central Larissis train station in Athens also on Friday morning and blocked the rail tracks demanding to get on trains to Diavata. 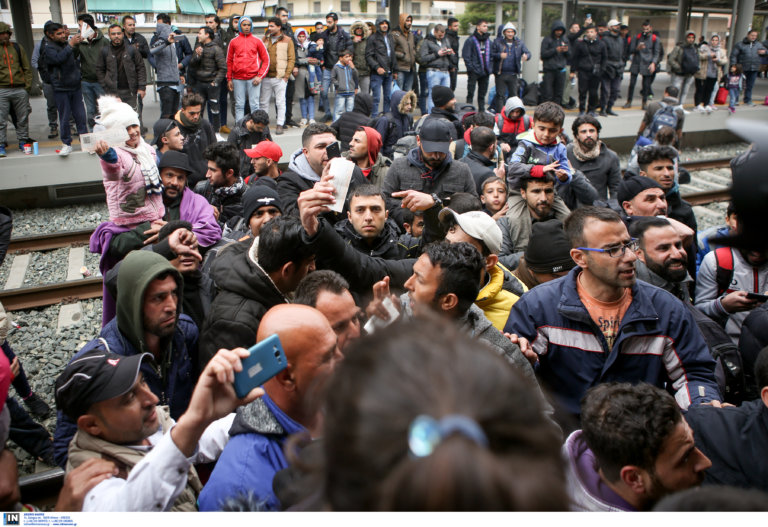 Trains scheduled to Thessaloniki have been cancelled, authorities try to evacuate passengers. 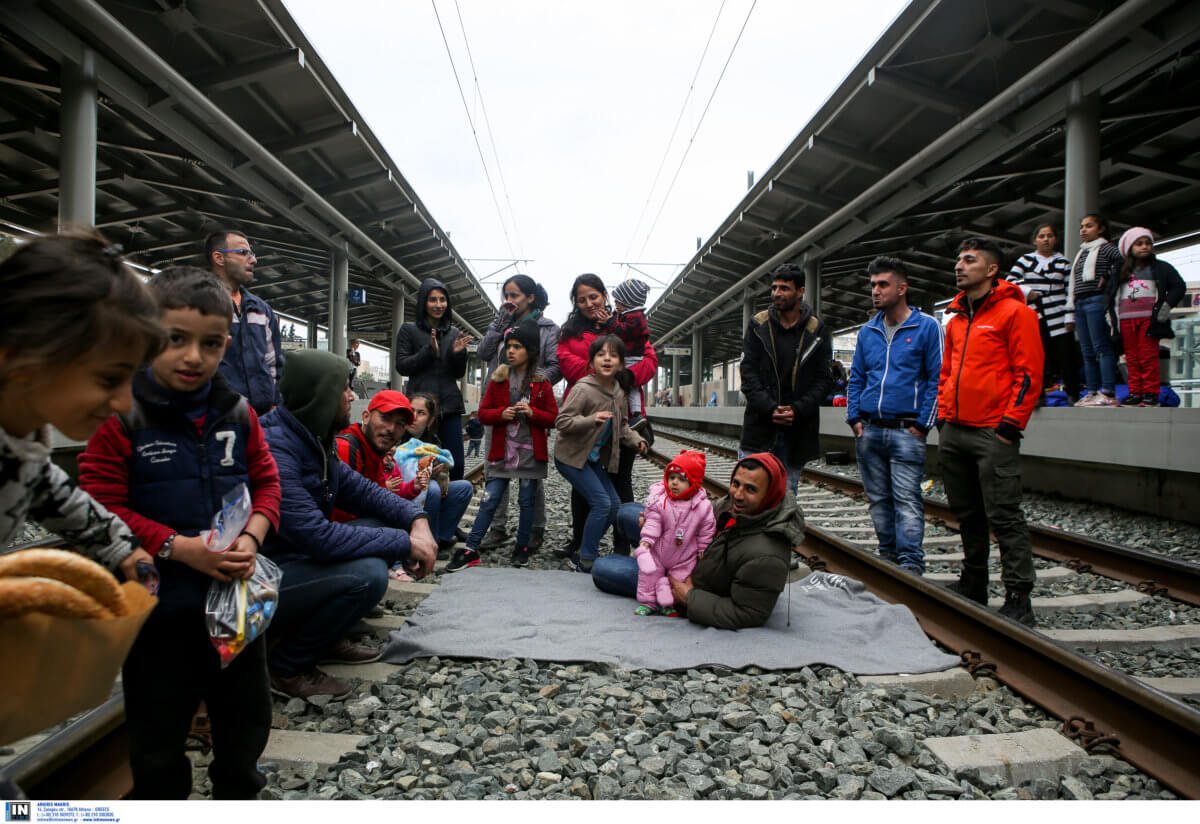 Some of them are holding tickets on their hands and demand to get on the train.

On Thursday, as the asylum-seekers started to flock to Diavata, it was first men trying to break through police forces.

Police made limited use of tear gas to disperse the crowd. One 37-year-old Iraqi man was detained, one policeman was slightly injured.

Authorities and the Migration Ministry are trying to diffuse the tension and to persuade the protesters to return to accommodation facilities. With loudspeakers and translators they make announcements that the border are not going to open.

Migration Minister Dimitris Vitsas said he is expecting that the situation has returned back to normal by tomorrow.

The atmosphere in the area reminds of Idomeni, with dozens of tens to have been set up in a provisional camp, where they spent the night without food and water.