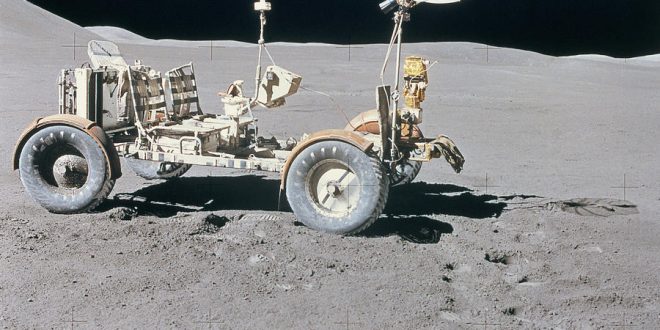 Greece will send its own research vehicle to the Moon following a cooperation declaration between Greek Space Agency ELDO and the NASA.

“With the ELDO-NASA agreement on “Greece on the Moon” mission, our country enters the category of the very few countries that will have been on the Moon with their own vehicle. The country is upgrading and entering the forefront of global research,” Minister for Digital Policy Nikos Pappas posted on Twitter.

The Hellenic Space Organization (ELDO) signed a Joint Declaration on Cooperation with NASA on the sidelines of the World Space Symposium held in Colorado Springs, USA, on Monday. The declaration was signed by the ELDO CEO George Mantzouris and NASA Governor Jim Bridenstine.

The agreement will lead to “a new era of knowledge exchange under the shield of environment of the cooperation of the official space agencies of the two countries” Greece said in a statement.

According to the agreement, ELDO will carry out the first Greek project on the Moon via the mission of a robotic lunar vehicle, which is expected to take place in 2022.

Main objective of the Greek mission is to explore the soil of the Moon for the acquisition of data that will belong to the Greek State and will be exploited by the Greek Universities and research programs.

Describing the agreement as “historic”, Minister Pappas noted that the Greek lunar mission classifies the country in the small group of states that have managed to implement such a venture.

CEO Mantzouris, said that Greece country is placed equally in the global space map as a strategic partner in space. In fact, as he appreciates, Greece will be able to secure benefits for society, science, the economy and, above all, for young labor craft.

NASA commander Bridenstine said the US is returning to the Moon with a new program designed to lay the foundations for a permanent presence.

“This time we will go to the moon to stay. And another thing that is unique is that when we go to the Moon, we will go with a coalition of international partners. And we are excited that the Hellenic Space Agency, which has now completed one year of operation, will be with us this time we return to the Moon,” he said.

Through the cooperation with NASA, Greece sees a series of benefits including the creation of new research programs for academics and universities, opportunities for innovation companies and halting the brain drain.

On the occasion… something for a pleasant day start.