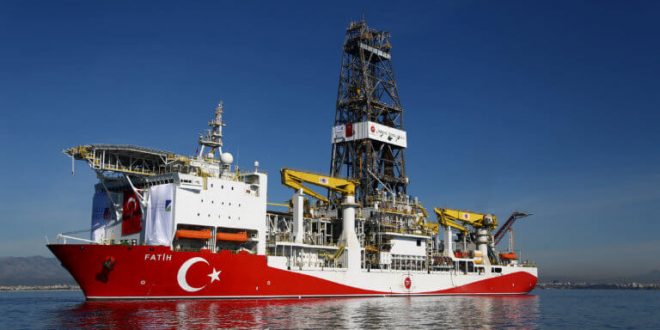 May 14, 2019 World Comments Off on EU calls on Turkey to refrain from “illegal drilling actions” in Cyprus EEZ 105 Views

The High Representative of the European Union for Foreign Affairs and Security Policy Federica Mogherini warned Turkey about its illegal actions in the Exclusive Economic Zone of EU’s member Cyprus.

During a press conference following a Foreign Affairs Council on Monday, Mogherini noted the close collaboration of Greek and Cypriot authorities with the EU on the issue.

She expressed “serious concern” on behalf of the EU over Turkey’s intention to proceed with drilling in Cyprus’ EEZ, reiterating a statement she had made on May 4.

She also cited a statement of March 2018 in which EU member state leaders condemned Turkeys’ continued illegal actions in the East Mediterranean.

She called on Turkey to urgently exercise self-restraint and to respect Cyprus’ sovereign rights in its EEZ, refraining from illegal actions.

The EU will respond [to these illegal actions] as necessary and in full solidarity with Cyprus, Mogherini stressed.

The EU foreign affairs official also referred to the EU leaders Sibiu summit last week, in which attending foreign ministers took a clear stance in full support of Cyprus. -with info from amna.