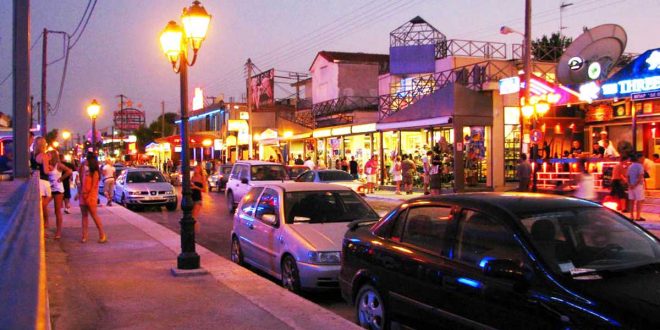 Briton with severe head injuries in ICU after fight in Laganas resort, Zakynthos

May 24, 2019 Very Mix Comments Off on Briton with severe head injuries in ICU after fight in Laganas resort, Zakynthos 4,111 Views

A 35-year-old Briton is hospitalized with severe head injuries after a fight outside a bar in the resort of Laganas on the island of Zakynthos. The father of two was transferred to a hospital in Athens due to the severeness of his condition.

The victim was beaten by two young Britons. he fell on the sidewalk where he suffered the injuried in the back of his head. He was visiting the island to attend a friend’s wedding on Sunday.

On Thursday night, he visited a local bar. For a reason that remains unknown so far,  the two perpetrators moved against him and pushed him. The three went outside the bar on the main street of Laganas. There, one of the perpetrators punched him on the head, whereupon the victim fell down on the sidewalk thus suffering severe injuries on the back of his head.

The two perpetrators fled the scene.

However, an eyewitness captured the fight on a video and gave it to local authorities.

Greek police identified the attackers, aged 22 and 25, and arrested them in the early morning hours of Friday. They were taken to prosecutor who pressed charges for “serious bodily harm” and cooperation.

The victim received first aid at a local hospital and was then transferred with a helicopter of the Air Force to Attikon hospital in the Greek capital Athens.

His health condition is described as “critical.”

The incident revives memories of the tragic case of 22-year-old US student Bakari Henderson who was stabbed and beaten to death by a bunch of bar workers and visitors outside a bar in Laganas two years ago. The perpetrators were tried and thrown to jail.