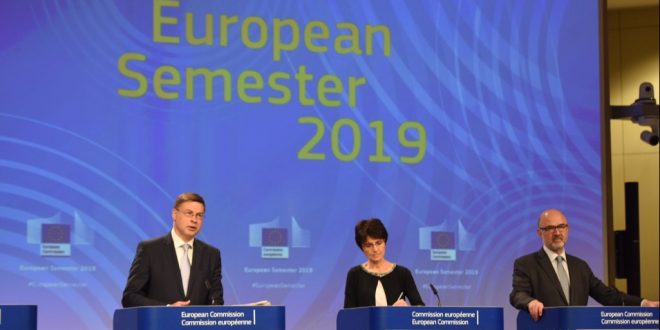 The European Commission released the European Semester 2019 Spring Package with recommendations for all Member States in order to advance sustainable and inclusive economic growth. On its 7-page long report on Greece, the Commission notes that “Greece is currently in the preventive arm of the Stability and Growth Pact and subject to the transitional debt rule.”

With regards to the permanent new measures implemented before the European elections by the Tsipras government, the Commission notes that the measures “pose a risk for the agreed primary surplus target” and “are expected to reduce the structural balance, raising concerns on the achievement the medium-term budgetary objective in 2020.”

“The Stability Programme and Commission 2019 spring forecast do not incorporate new permanent measures announced and adopted shortly after their respective submission and cut-off dates. The Commission estimates the fiscal impact of these measures to exceed 1.0% of GDP in 2019 and subsequent years. It is also assessed that the adoption of these new measures poses a risk for the agreed primary surplus target, as monitored under the enhanced surveillance framework and set by the by Decision (EU) 2017/1226 of 30 June 2017.

Moreover, the new measures are expected to reduce the structural balance, raising concerns on the achievement the medium-term budgetary objective in 2020.

But, a re-assessment will be carried out in autumn 2019, and will include a revision of the applicable benchmark for the net expenditure growth rate in 2020.

While general government debt is forecast to remain on a downward path, some risks could be posed to compliance with the debt reduction benchmark. This will have to be reassessed in autumn as a result of these newly adopted measures.”

“The activation of enhanced surveillance for Greece acknowledges the fact that over the medium term, Greece needs to continue adopting measures to address the sources or potential sources of macroeconomic imbalances, while implementing structural reforms to support a robust and sustainable economic growth. Greece made a commitment in the Eurogroup of 22 June 2018 to continue all key reforms adopted under the programme until they are fully completed.

Greece also committed to implementing specific actions related to fiscal and fiscal-structural policies, social welfare, financial stability, labour and product markets, privatisation and public administration. Greece is subject to quarterly reporting on progress with implementing its commitments under enhanced surveillance, where a favourable report can, on a six monthly basis, pave the way for the release of debt relief measures worth 0.7% of GDP per annum. The release of the first tranche of policy-contingent debt measures worth EUR 970 million was agreed by the Eurogroup in April 2019. The third Enhanced Surveillance report assessing Greece’s progress with the implementation of its commitments was published on 5 June.”

Evaluating reforms in the judicial system, investment, transport, education, health, unemployment and other sectors of Greek economy, the EU Commission recommends that Greece take action in 2019 and 2020 to:

1.Achieve a sustainable economic recovery and tackle the excessive macroeconomic imbalances by continuing and completing reforms in line with the post-programme commitments given at the Eurogroup of 22 June 2018.

At a press conference, European Commissioners Valdis Dombrovskis and Pierre Moscovici stressed the Greek economy’s progress since the country exited the programme, as well as the risk of fiscal targets being missed.

They said that Greece has achieved notable results in recent years, with a significant surplus for the third consecutive year in 2018, while highlighting its gradual return to the markets, which they said was “very positive for the Greek people.”
On his part, Dombrovskis noted that, thanks to the reforms implemented by Greece and its “sound” budgets, employment has increased, along with domestic demand.

However, he said that there have been delays in reforms in recent months, and that the last package of measures taken by the government is “costly” and not in “the right fiscal direction”. He also said that this poses a threat to earlier positive reforms, creating a risk that the budgetary targets will not be met in 2019 and onwards.

Moscovici stressed that the European Commission will closely monitor the course of the surplus in the coming months and that, regardless of who is the next government, he will continue to support the country’s recovery and continue constructive dialogue.

Dombrovskis also warmed that there was “no room to manoeuvre” and that, if Greece wanted to continue its successful return to the markets, it must meet its commitments regarding fiscal targets and reforms. He said that the issue will be discussed at the Eurogroup in June and that it was expected to be a “difficult discussion”. 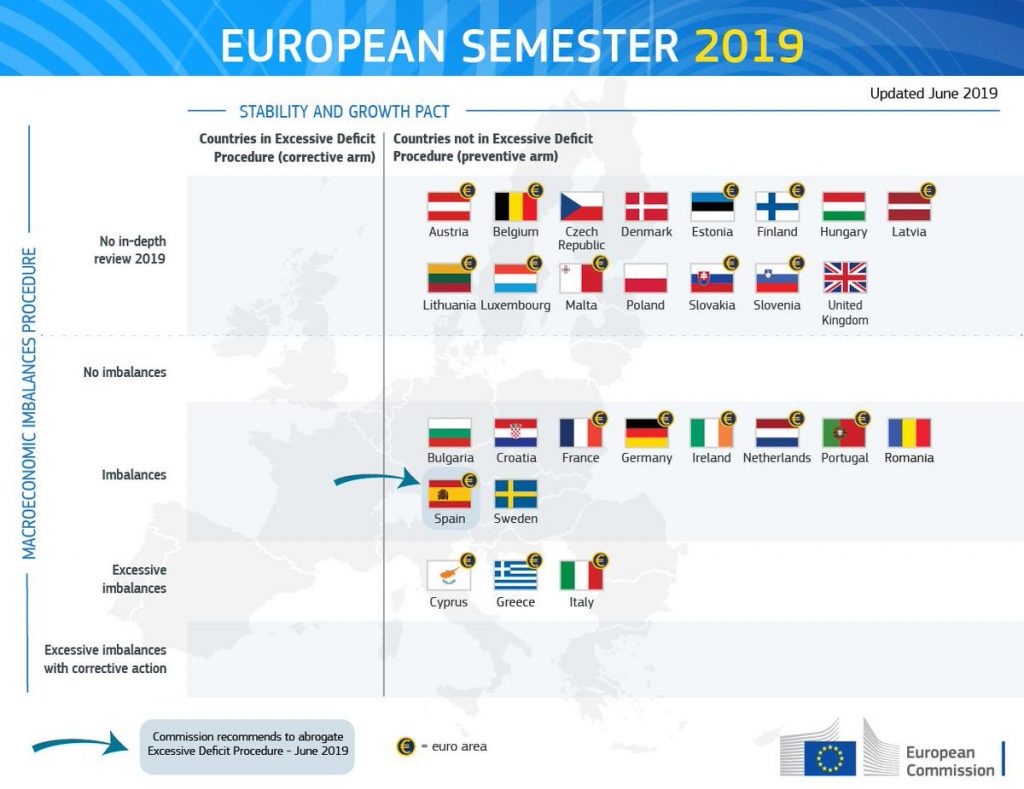 The detailed report on Greece is here in pdf.