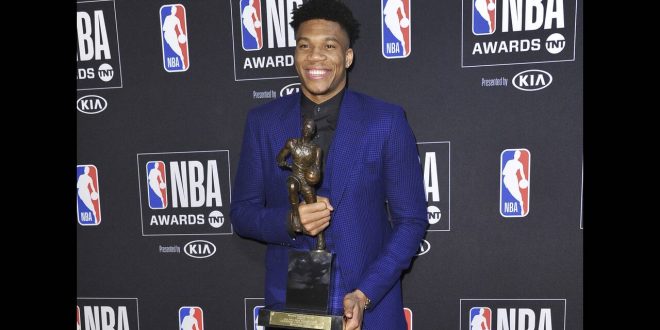 Milwaukee Bucks star Giannis Antetokounmpo won the NBA award for the Most Valuable Player 2018-2019. Upon receiving the MVP Award, the “Greek Freak” gave an incredibly moving and emotional speech in his second language.

The 24-year-old player thanked God, his family, his coach, the Bucks, the Greeks who stayed out to watch the him, the Nigerians, and generally the whole world for the help they gave him.

“I want to thank Milwaukee, Greece and the Nigerians who support me. I know that in Greece it is 6 in the morning when I play but they send me messages every day. ”

“I want to thank God who blessed me with this talent to be in this position. Whatever I do is through him.

Let me thank my team, my teammates. Nobody wins alone 60 games. All my teammates were ready to come to war with me. Thank the coaching staff. Thank the owners who believed in me. I was 18 years old from Greece when they trusted me.

Two years ago I was aiming to become the top of the league. Always when I go to the park I think of my father who pushed me to play more and more hard, even when my body hurts.

I want to thank my amazing brothers. Thank you very much, I love you a lot. You are my role models. Thanks for what you do for me.

Thank you to my amazing mother. She is my heroine. You can not predict your future and if you do not have a good parent you can not make it.

I want to thank my agents as well. Thank you for believing in me and you do not bother me in the season. This is just the beginning for me. The goal is to take the championship. My father always said “to want more, but not to be greedy” “.

Antetokounmpo joins Kareem Abdul-Jabbar as the only players in Bucks history to earn MVP honors. 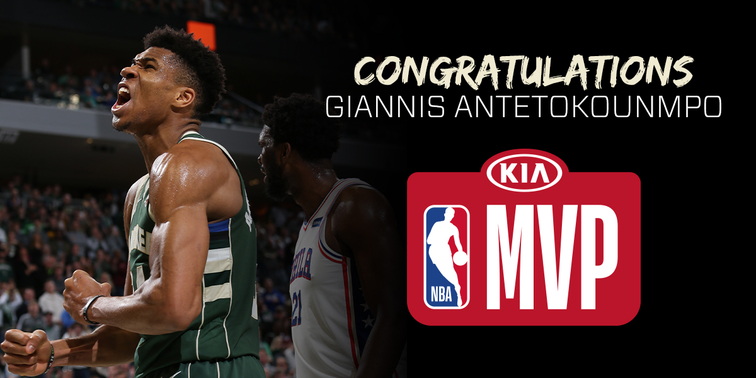 “We are beyond proud of Giannis for earning his first MVP award,” said Bucks General Manager Jon Horst. “This well-deserved honor is due to his relentless hard work and dedication in becoming the most impactful player in the NBA. Giannis propelled the Bucks to great heights last season with his leadership, drive and unselfish play. His grace on and off the court has made him one of the most admired players in the world. On behalf of ownership, the entire Bucks organization and Bucks fans everywhere, we congratulate Giannis for being named MVP.”

A First Team All-NBA and First Team All-Defense selection, and finalist for Defensive Player of the Year, Antetokounmpo earned Eastern Conference Player of the Month honors in Oct./Nov., December, February and March/April last season and was a six-time Eastern Conference Player of the Week winner. Antetokounmpo captained Team Giannis at the 68th All-Star Game in February after receiving the most player votes, the second-most fan votes and tied for the second-most media votes among all players.