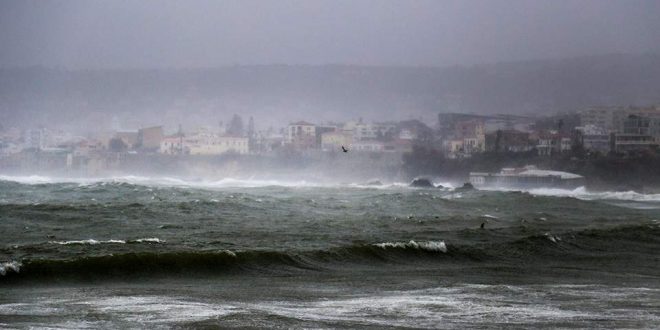 Weather will remain unstable over the weekend, with clouds, rain showers and local thunderstorms in several regions of Greece. At the same time, temperatures will remain high and strong North winds (meltemia) will blow in the Aegean Sea.

Rain and thunderstorms are forecast in Thessaly, the Sporades islands, North Evia and Central Sterea mainly on Saturday morning.

Local showers and isolated thunderstorms are expected in the Peloponnese and perhaps in the highlands of West Sterea in the hot hours of the day.

In the rest of the country, there is sunshine with few clouds, increasing in the warm hours of the day in the mainland and enhanced meltemi in the Aegean. 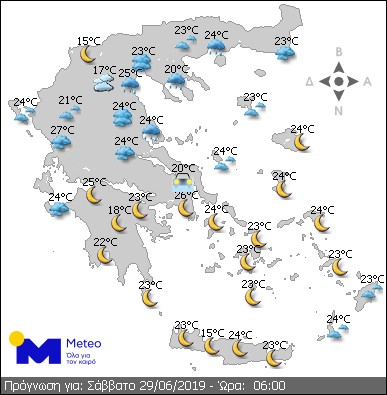 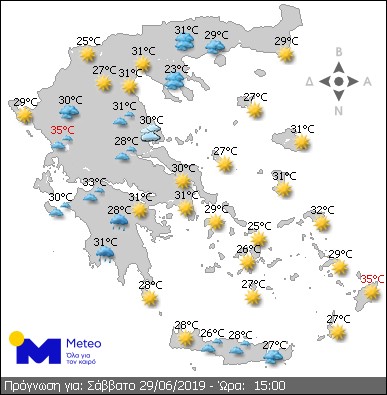 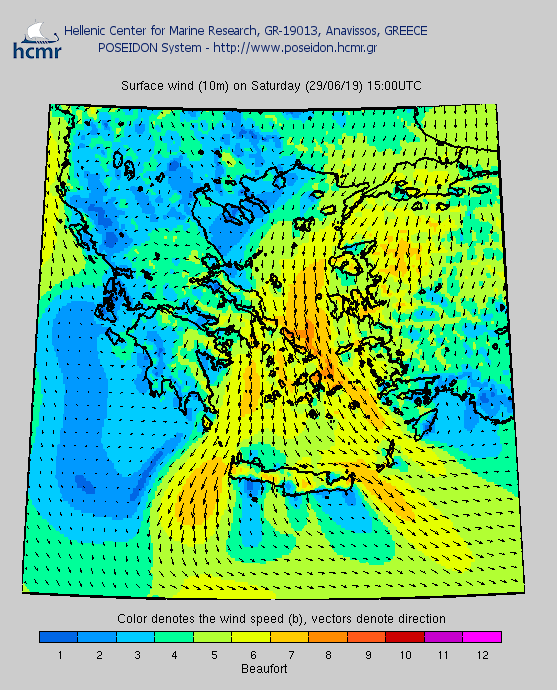 North winds will blow in the North Aegean Sea with moderate strong 5-6 Beaufort, in Central and South Aegean with almost gale intensity of 7 B.

4-5 Beaufort in the Ionian Sea and 6 B in the Gulf of Patras.

Attica and Athens: Few clouds on Saturday morning in the North, temperature 23-31 C, north winds with 4-5 Beaufort in the Saronic Gulf and 6-7 B in the East Attica. 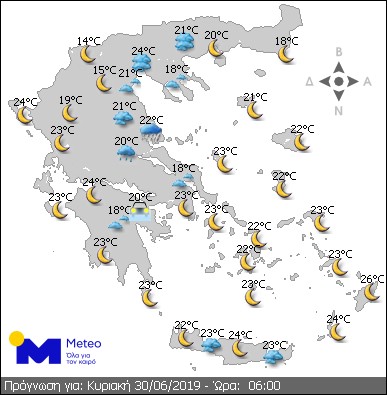 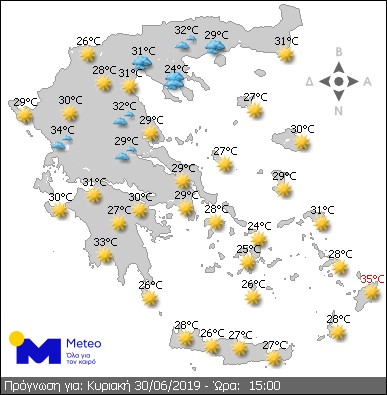 Wind in the Aegean Sea 6-7 Beaufort and locally 9 B. 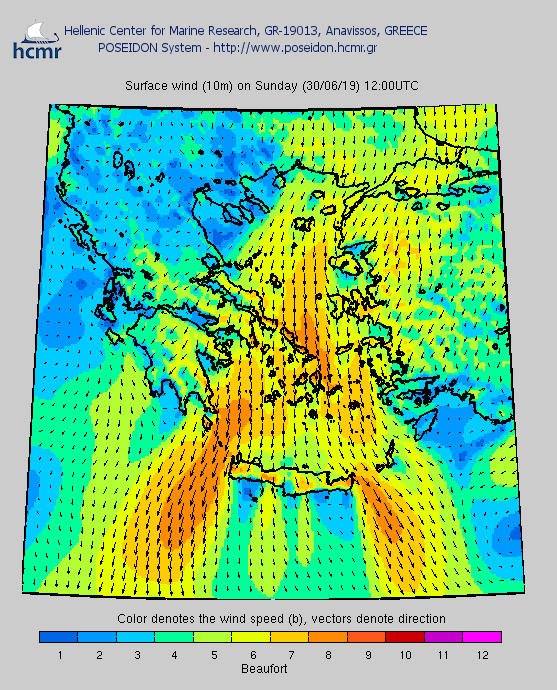 Full sunshine and temperature rise up to 35 degrees Celsius on Monday, July 1 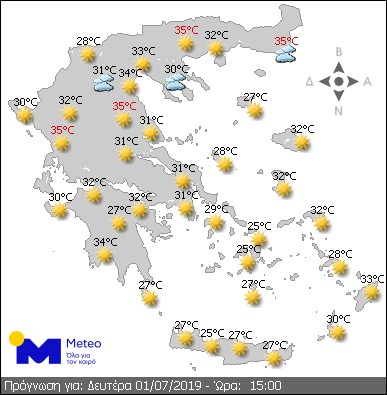 By powerful winds and high temperatures, the risk for wildfires is “very high.” The Greek Civil Protection and Fire Service  urge citizens to refrain from certain actions outdoors.