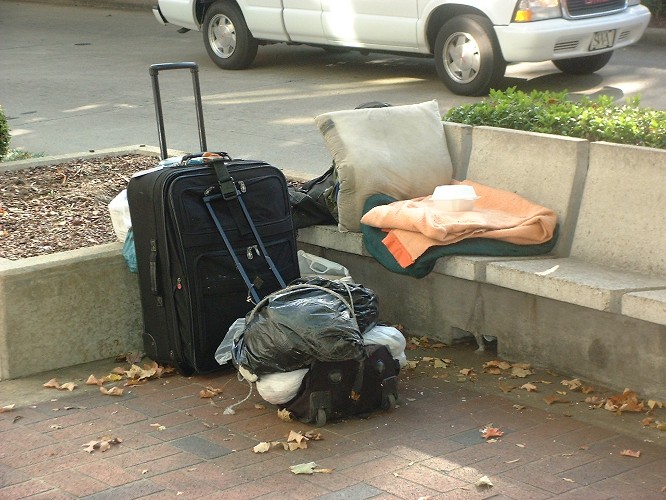 Dozens of Greek expats end up as homeless in Australia

July 30, 2019 Social Comments Off on Dozens of Greek expats end up as homeless in Australia 6,591 Views

Dozens of Greeks left the country seeking a better future in Australia. The modern times “economic migrants” from Europe, however, ended up in the streets of Melbourne as homeless.

“As incredible as it may sound in Melbourne, there are Greeks who live on the streets,” reports Australian TV network SBS citing the experience of Greek-Australian nurse, Eleni Andrikaki.

Andrikaki looks after for the homeless and recently distributed blankets to people sleeping on Melbourne’s streets on the cold winter nights, along with her colleagues and the police.

According to the report, the Greek expatriates were looking for work paradise and ended up on the streets. Greeks uprooted from their homeland found homeless and without a future. How they got involved in the nets of cunning and sleeping on the streets of Melbourne.

They are either second generation Greeks or Greeks who arrived in Australia in search of a better tomorrow.

According to the Australian Statistical Service, homelessness in the country has risen by 14% in the last 5 years to 116.427! 30% of these people were born abroad.

“It’s very sad. These people had problems and picked up what they had and did not have and came to Australia with relatives or acquaintances. Some have had psychological problems or addictions before and here they have worsened so they stay on the road,” Andrikaki told the Greek service of SBS.

The nurse describes some cases of the homless Greeks with one of them being the case of a Greek young woman who came to Austrialia seeking for work but ended up as drug mule after she met somebody.

In another case, a 26-year-old homeless person from Greece addicted to substances when asked if he would like to try to send it back to her, he replied: “In Greece? What to do in Greece? Tell me what to do there? Greece is gone, lost, finished. ”

As experts say there is misinformation about Australia and what can be found there. Australia is not a working paradise where you can find many opportunities for wealth, SBS reports.