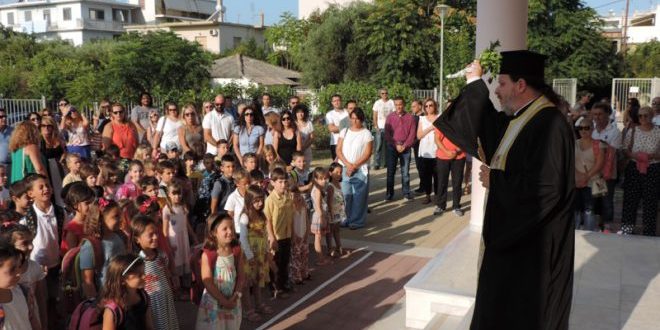 Politicians flock to schools for the traditional religious blessing

September 11, 2019 Greece Comments Off on Politicians flock to schools for the traditional religious blessing 195 Views

Politicians flocked to primary and secondary education schools on Wednesday morning and participated in the tradition of religious blessing marking the launch of the new school year. The President of the Republic, the Prime Minister, ministers and deputy ministers, they all showed their presence to pupils across the country. 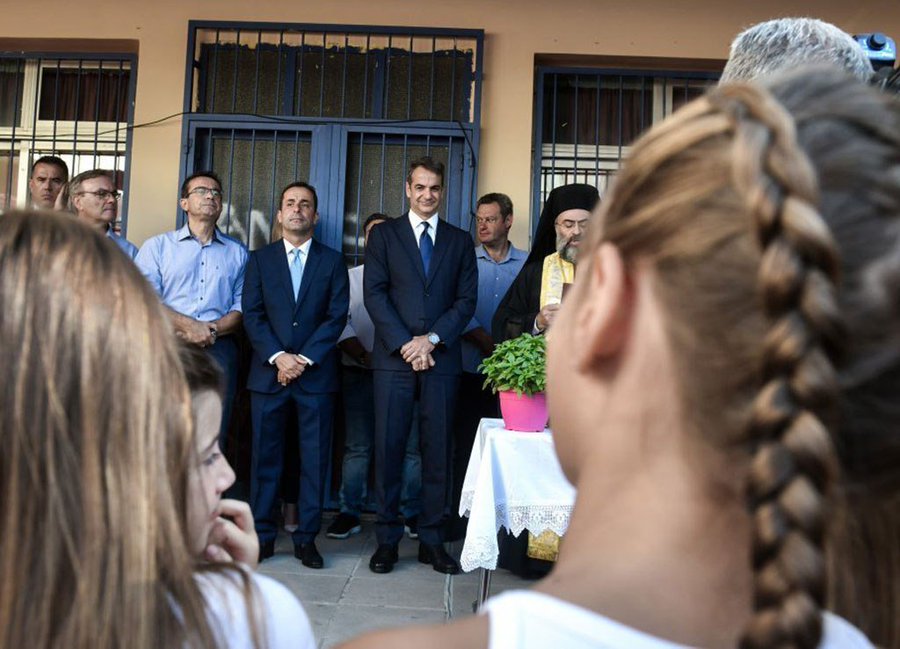 Prime Minister, Kyriakos Mitsotakis, visited a primary school in Galatsi suburb of Athens and was reportedly applauded by the children and the teachers. He said that his government supports public schools and public education.

In a truly old-fashioned and conservative way, he urged children to obey their parents and teachers.

He planted an olive tree in the school yard.

Education Minister, Niki Kerameos, traveled to the eastern Aegean islands of Leros and Kalymnos to attend the blessing ceremonies.

Heath Minister, Vassilis Kikilias, posted on Twitter pictures from his visit to a secondary education school in Patisia, Athens, and urged “young and old to get flue vaccination.”

The Education Ministry announced on Tuesday that all school text books have been printed and delivered to schools around the country, while replacements have been found from the pool of supply teachers for most of the missing teaching staff.

The ministry announced the hiring of 20,558 supply teachers last Thursday, noting that the funding that will be needed until the end of the year has been secured.

According to high school teachers’ union OLME, however, additional teachers are still needed in secondary education, especially for literature, physics and maths, due to the additional hours of teaching in the new school year.