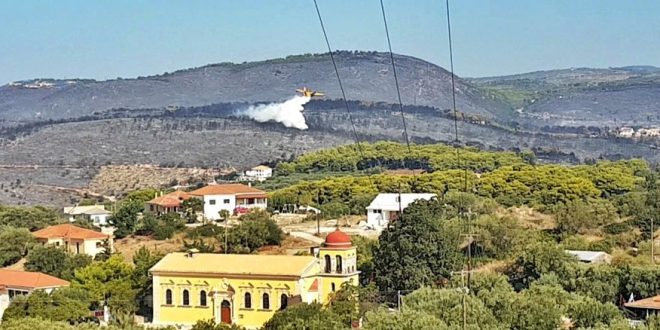 Updates on forest fires in Zakynthos, Loutraki and Corfu

September 16, 2019 environment Comments Off on Updates on forest fires in Zakynthos, Loutraki and Corfu 7,488 Views

The forest fire on the island of Zakynthos was still in progress on Monday, although firefighters struggled all through the night against the flames. The overall situation was much improved. Also in Loutraki in the Gulf of Corinth the big fire was abating. However, firefighters are on alert as winds in both areas are forecast to increase as of Monday afternoon. 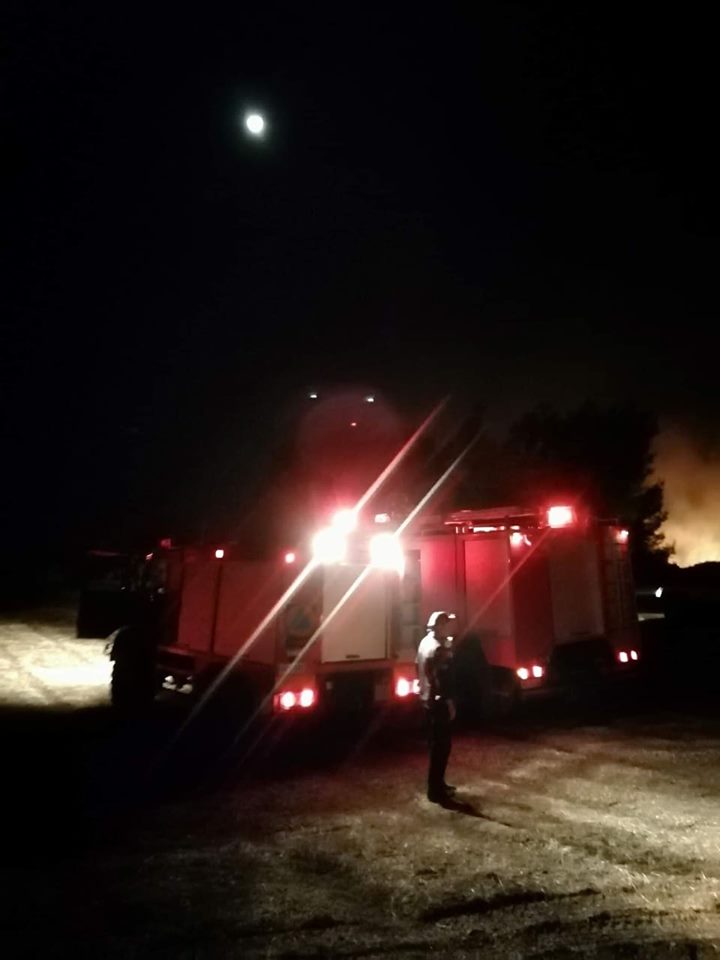 Local firefighting forces were enhanced on Sunday and their man-force increased to 171 firefighters who landed on Zakynthos from different parts of Greece. 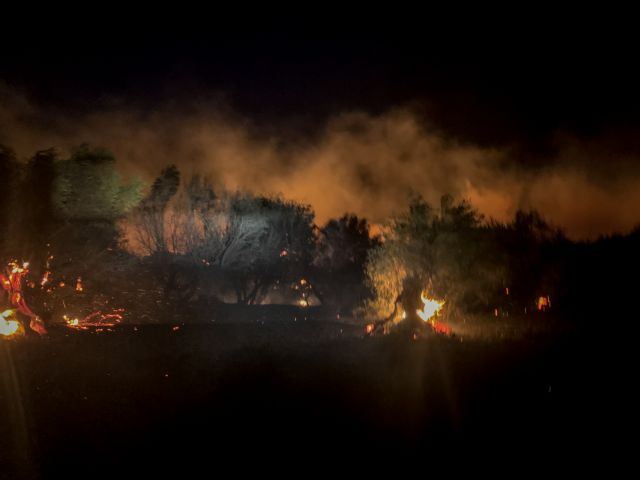 On Monday, the devastating pictures of a huge ecologic disaster. 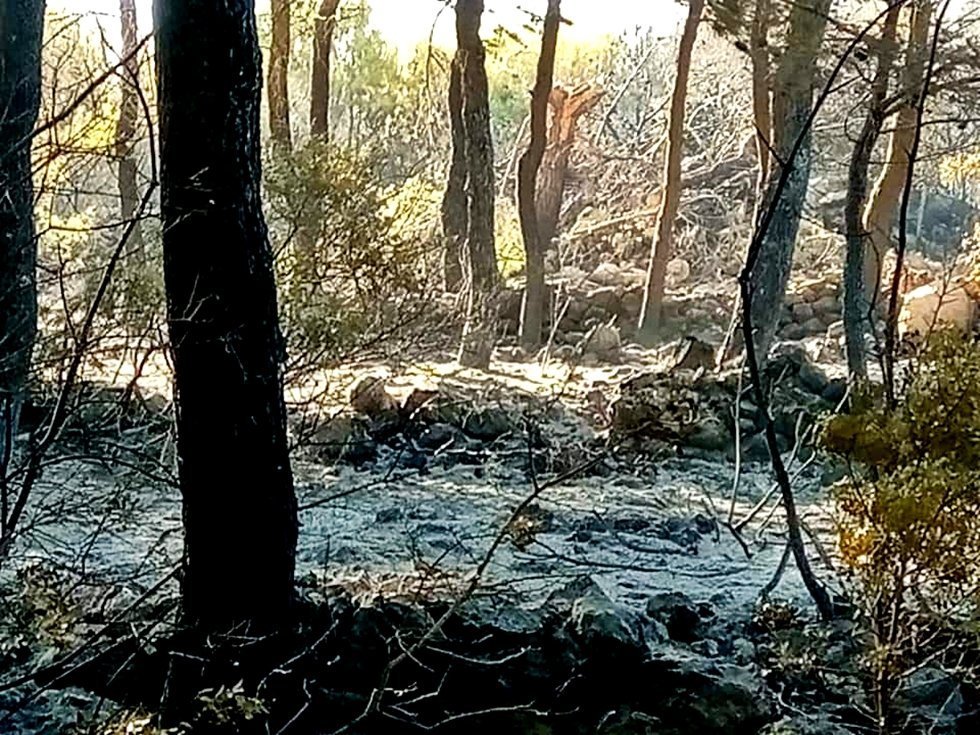 Estimated 10,000 acres of the pine forest have been destroyed by the fire.

The flames destroyed also olive groves and bushes and one summer house and damaged parts of the hotel in Keri that was evacuated on Sunday.

There is no active front, state broadcast ERT TV reported in the afternoon.

The big fire in Loutraki is reportedly abating, however, there are still smaller fires across the mountain.

Firefighting operation continued on Monday, with aerial means flying over the residential areas.

161 firefighters are still in the area.

A Super Puma helicopter of the Fire Service transported 4 special water tanks, with the biggest having a capacity of 10,000 l. The tanks were placed in inaccessible areas of the mountain over Loutraki in order to facilitate the fire extinction.

A fire broke out short after 12 0′ clock noon in Kalafationes village on the island of Corfu on Monday. The fire was away of residential areas.

Immediate was the response of the local fire service that was assisted by aerial means. 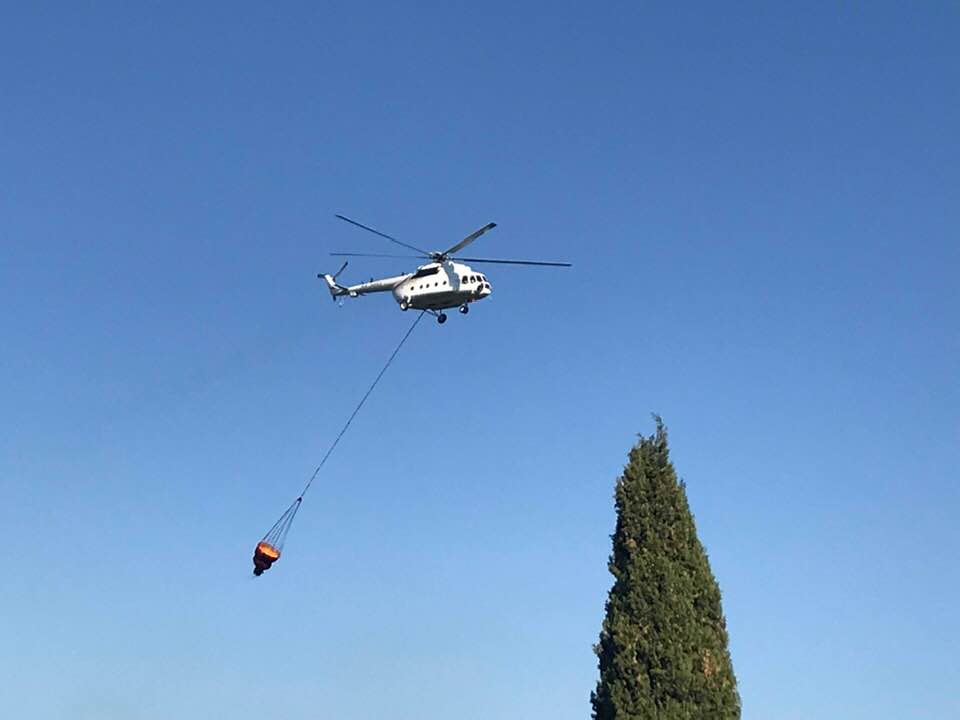 By late afternoon, the fire was abating.

In the last 24 hours, the Fire Service had to intervene in 75 forest fires across Greece.
Prolonged dryness, high temperatures and powerful winds create the perfect environment for wild and forest fires, especially when arsonists are at work.

The fire season ends on October 31. Through this period is not allowed to start fires outdoors, not even BBQ.