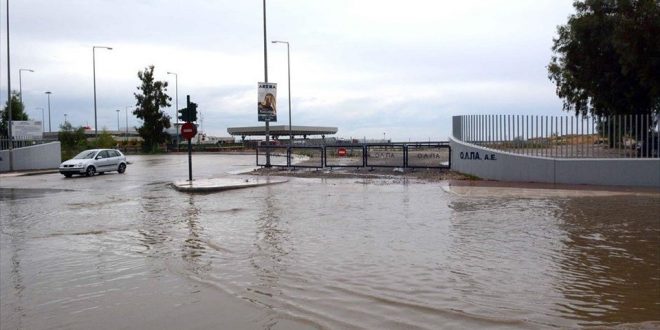 Homes and businesses were flooded, waterspouts were formed and power outages have taken place as a bad weather front stroke West Greece on Thursday.

The island of Corfu, the regions of Messologhi and Agrinio in western mainland as well as Ilia in West Peloponnese were badly hit.

By Thursday afternoon, the bad weather front had reached Athens and the Prefecture of Attica, with short but heavy rainfalls in the north but also south suburbs of the Greek capital.

The island of Corfu in the North Ionian Sea was initially hit with a thunderstorm already in the night from Wednesday to Thursday. Heavy rain fell for two hours. 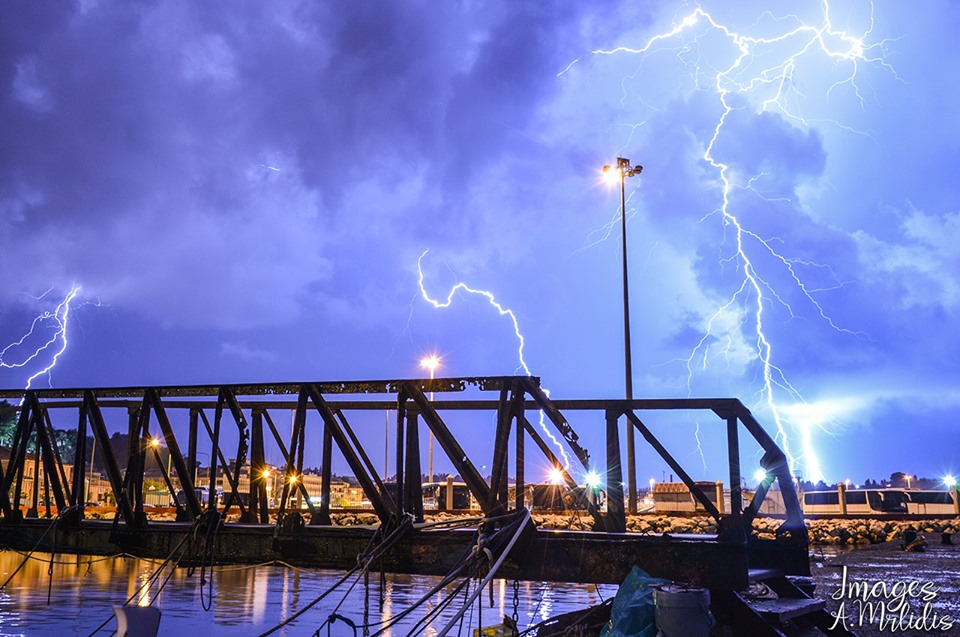 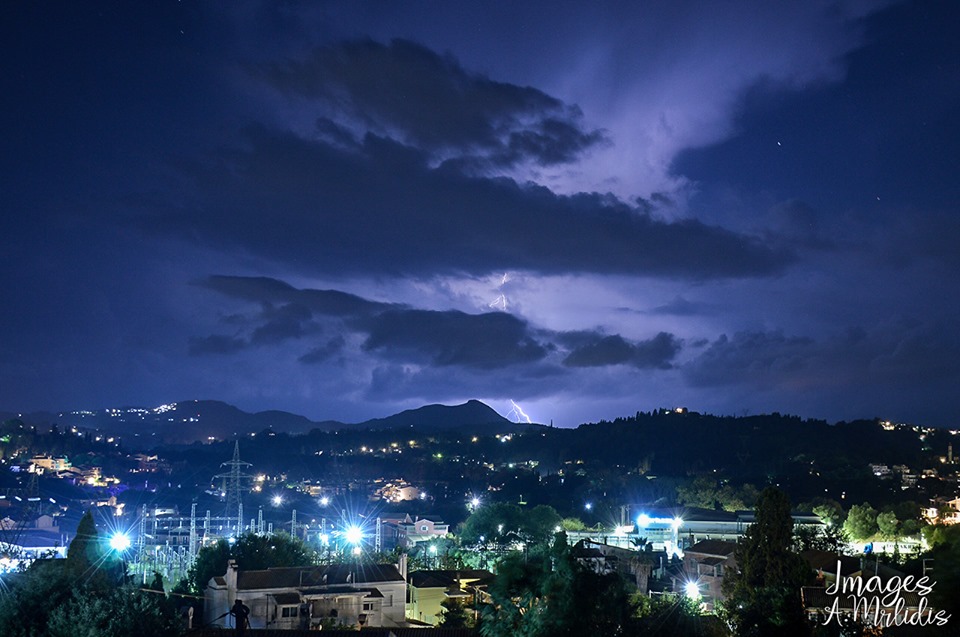 The heavy rainfall turned especially roads into rivers and flooded some public building like the Health Center of Agios Markos, in Ypsos. 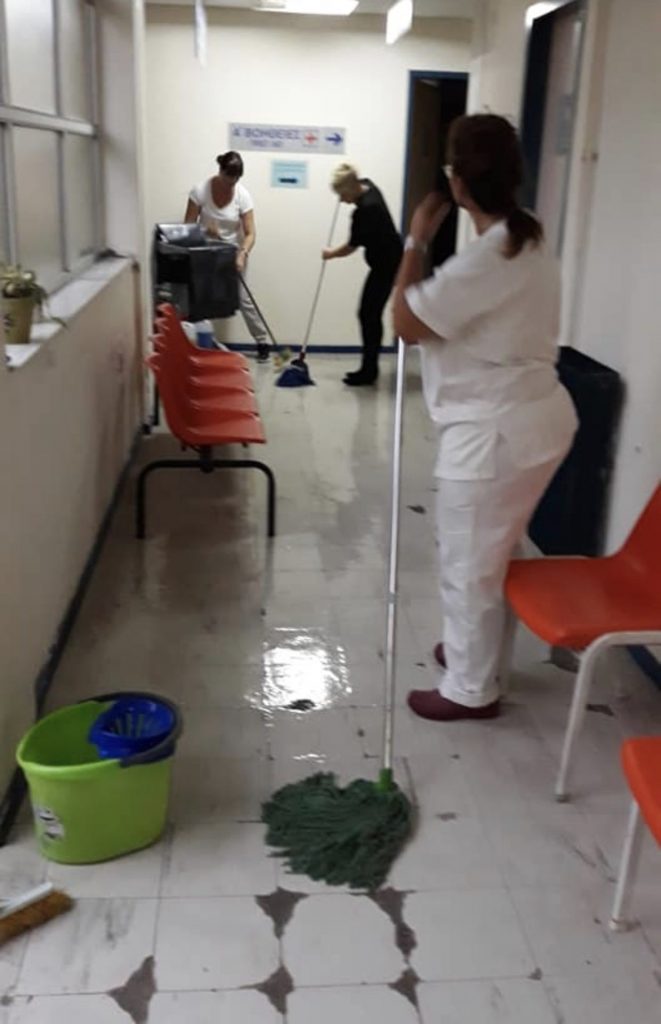 The storm hindered sea and air traffic in the morning with the effect that one Ryanair airplane to change direction and land in Aktio on the western mainland, state broadcaster ERT TV reported. 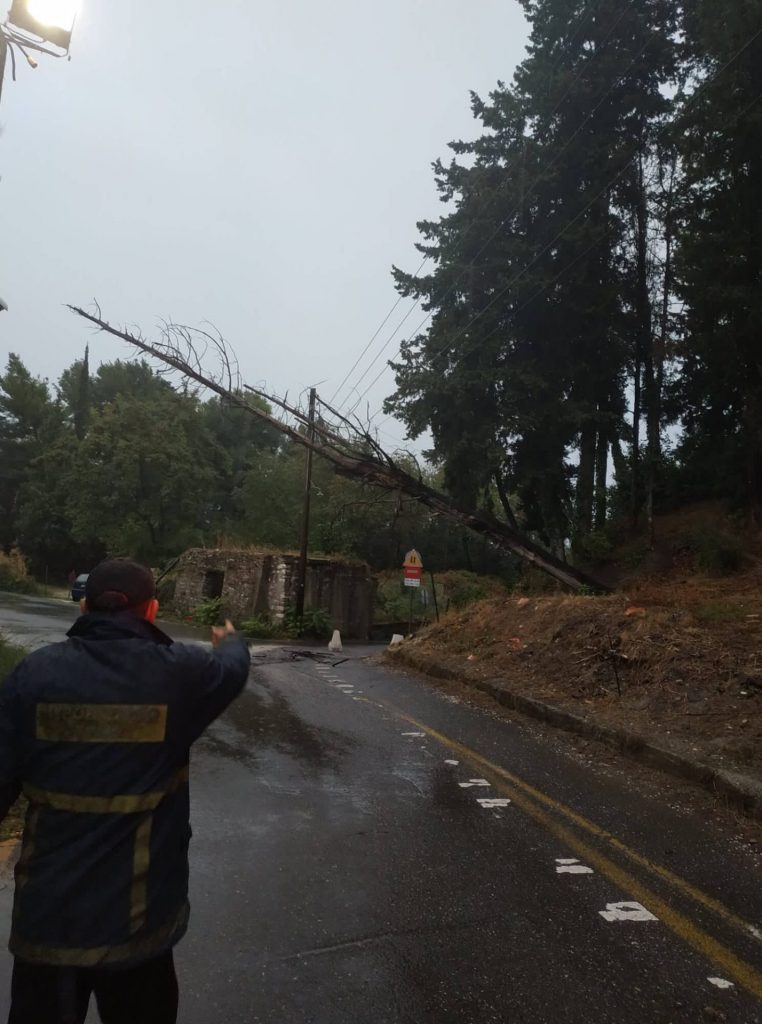 The storm brought trees into fall, some of them landed on electricity cables.

Power outages have been recorded. According to ERT TV, there are three teams of power grid DEDDHE trying to fix the problems. However, there is risk that it will take all night to restore the power supply in completely.

An one-hour “black out” occured on the islands of Kefalonia and Ithaki due to the storm Thursday noon. The power supply was restored around 1:30 p.m. 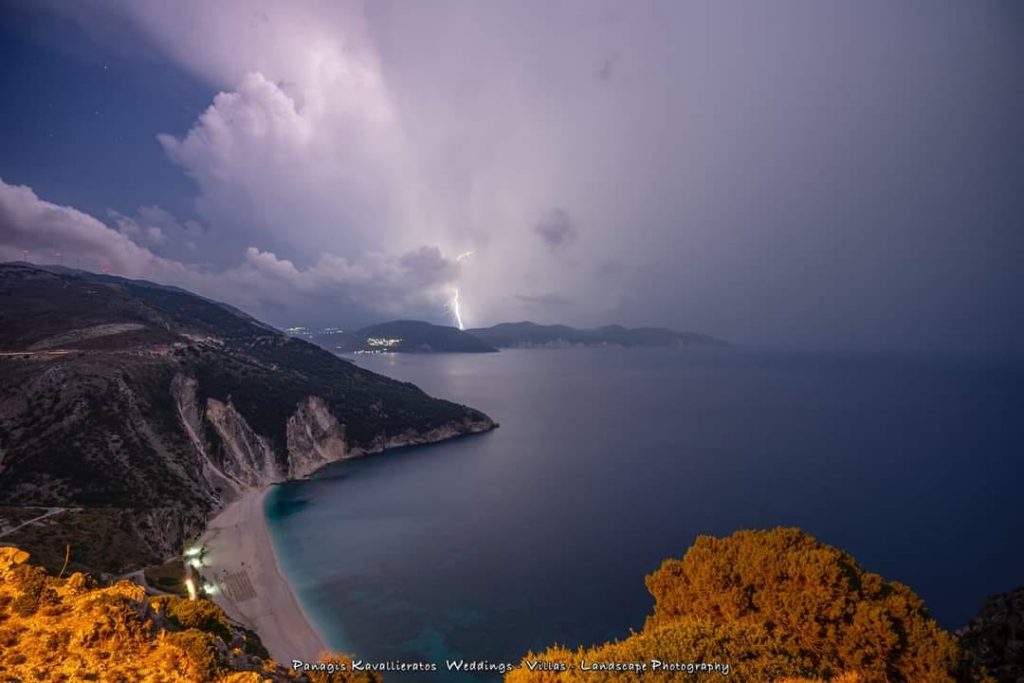 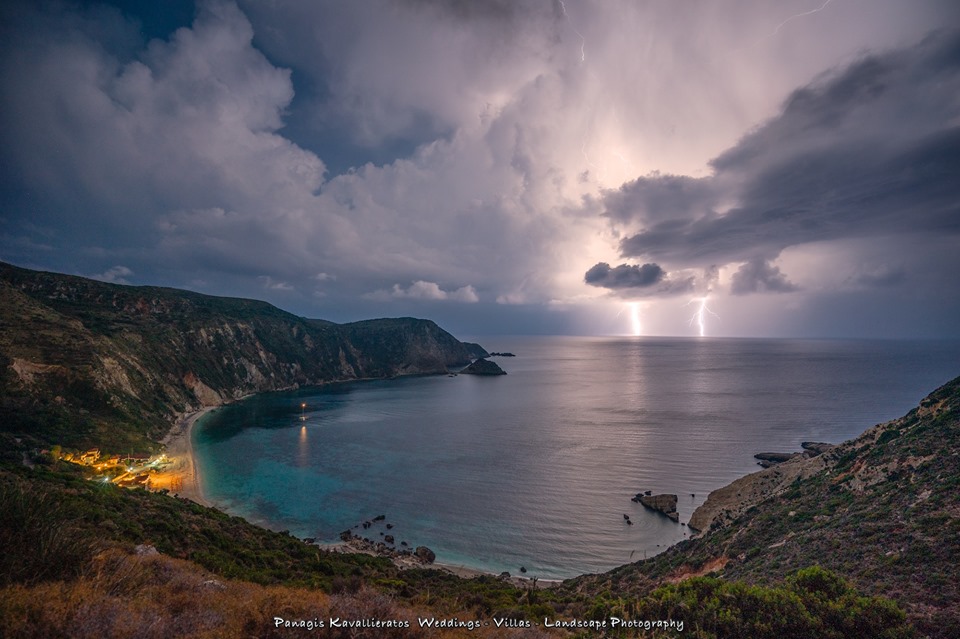 Lefkada before the sunset.

Lefkada one hour ago pic.twitter.com/BUvzs3ZL7O

It needed just a couple of minutes of rain in order to flood roads, homes, businesses and agricultural land in the regions of Messologhi and Agrinio in western Greece. 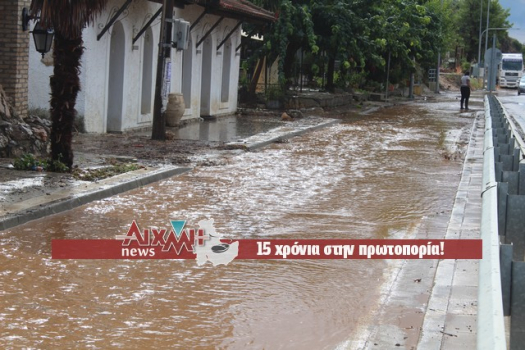 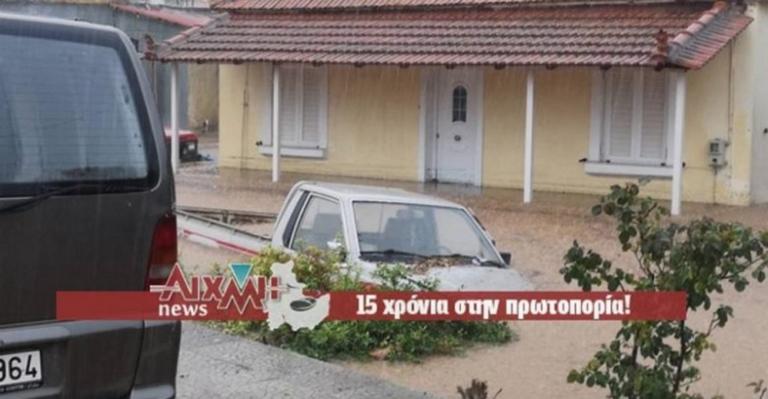 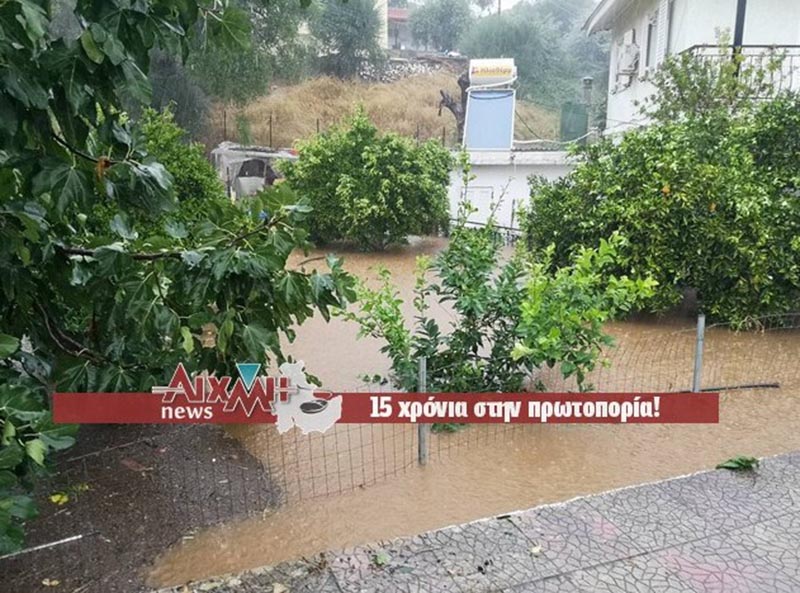 Tonnes of mud landed on the road connecting Ano and Kato Kerasovo. The traffic was halted. 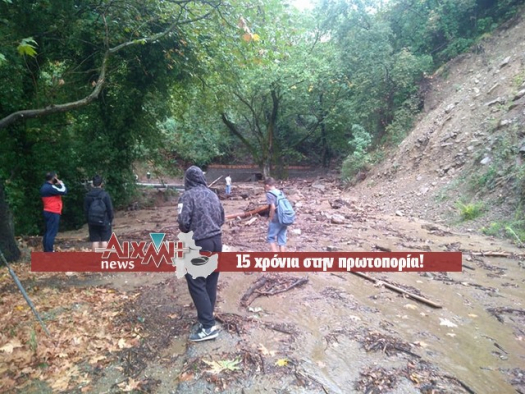 Rushing waters and tons of mud passed through the village of Lesini in Aitoloakarnania when the nearby river was flooded. 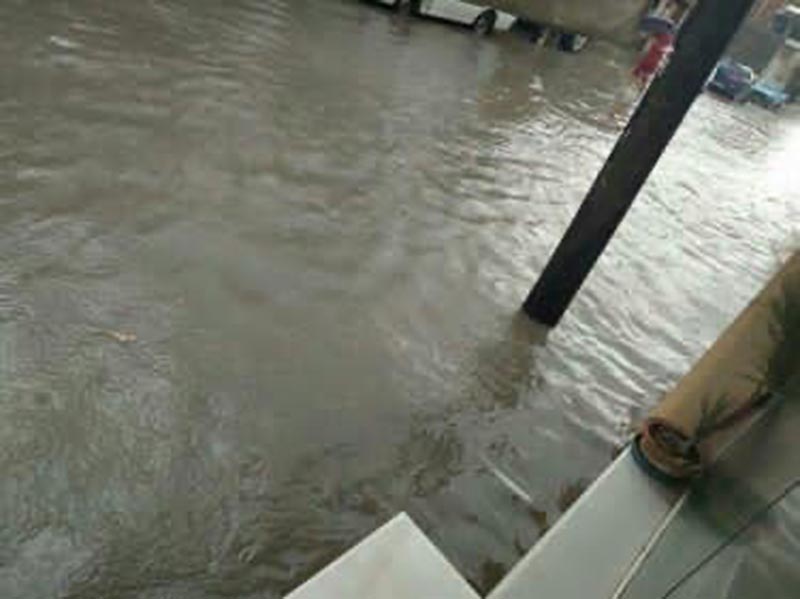 Difficult hours also for the residents of Oiniades village.

Several waterspouts were formed in the Gulf of Kiparissia around 11 o’ clock on Thursday morning. One of them turned into a whirlwind in Agoulinitsa.

Local media ilialive reports of dozens of trees that the storm brought down especially on the road connecting Pyrgos with Patras. 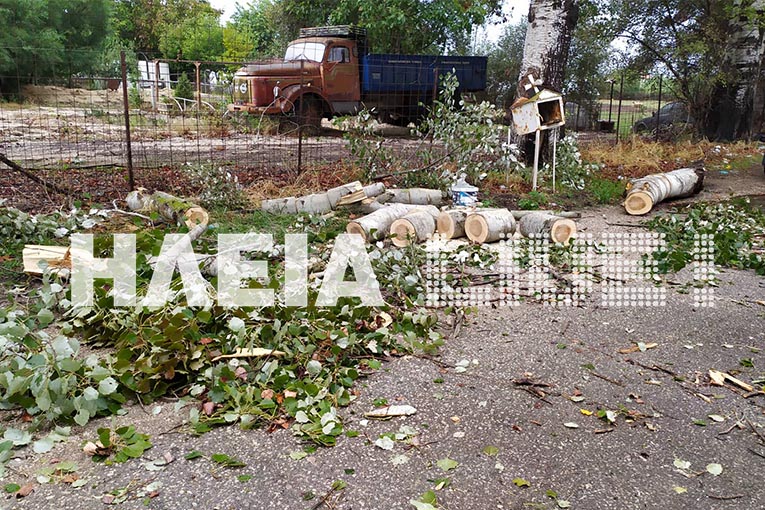 The storm created problems, also in Patras, NW Peloponnese with many flooded streets and roads. 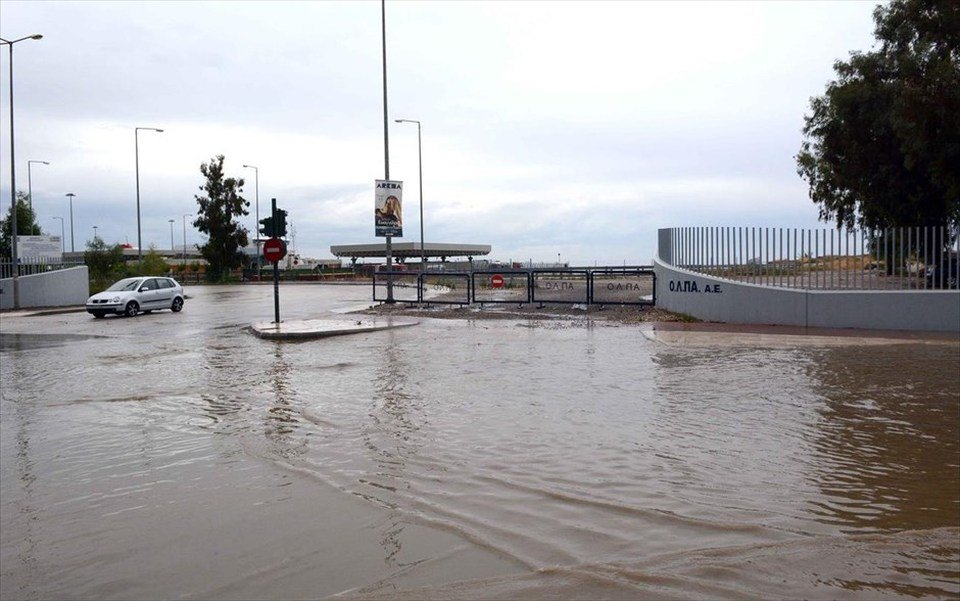 According to meteo service of the National Observatory in Athens, a total of 7,000 thunderbolts fell on Thusrday across the country, the majority of them in the Ionian Sea and West Peloponnese. 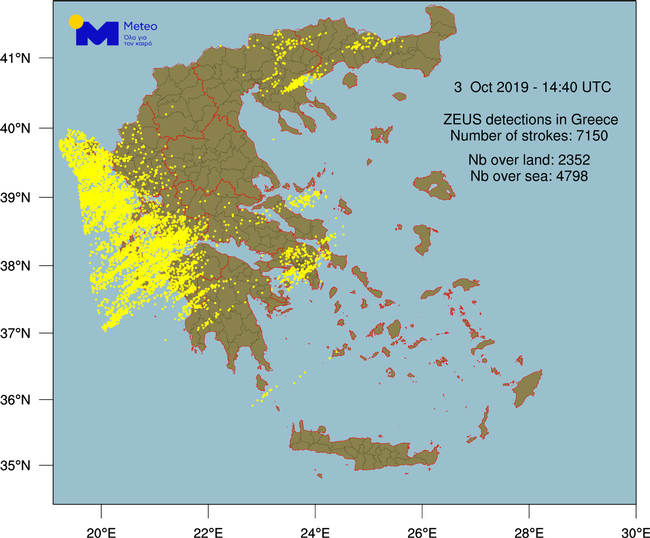 The bad weather front is forecast to last until the weekend. See which areas are when affected in Weather Forecast October 3-7 here.