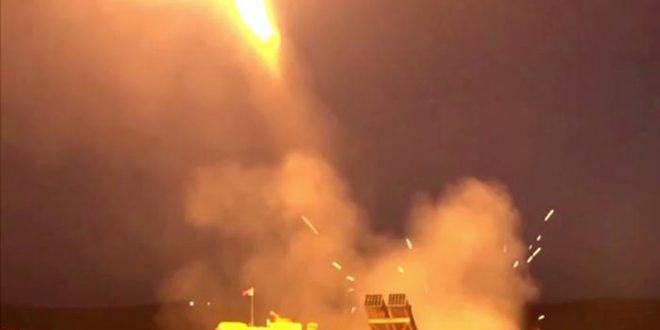 Greece condemned on Thursday the Turkish invasion of Syria. Both the Prime Minister and the Foreign Ministry condemned the breach of borders and the violation of international Treaties.

After a meeting with NATO Secretary General, Jens Stoltenberg, in Athens, PM Kyriakos Mitsotakis underlined that the forceful displacement of populations, changing demographic circumstances, violates international law and is unworthy of modern cultures.

“We agreed that NATO must adapt to these new facts in order to maintain its principles, their effectiveness and their authority, but also to continue to exercise both its deterrent and its defensive ability,” Mitsotakis said.

He also called on the international community and the NATO to exert every influence towards a ceasefire in Syria to prevent escalation and new migration flows and avoid the further loss of lives.

In a statement, the Greek Foreign Ministry condemned “Turkey’s new unilateral military action on a sovereign state’s territory” and called on its neighboring country “to immediately put an end to its military operations in northeast Syria.”

Greece fully aligns itself with the European Union’s position, condemns Turkey’s new unilateral military action on a sovereign state’s territory and calls on Turkey to immediately put an end to its military operations in northeast Syria. Operations that are in violation of international law, undermine the stability of the area and jeopardise the United Nation’s effort to resolve the Syrian crisis.

Operations that are in violation of  international law, undermine the stability of the area and jeopardise the United Nation’s effort to resolve the Syrian crisis.

Forced population resettlements on Syrian soil and the forceful alteration of local demographic reality are in straight violation of international law and stir up painful memories.

Turkey shall be held liable before the international community for the potential humanitarian consequences of its operations in Syria.

We underline that a viable solution for the Syrian dispute cannot be reached with military means.

Stoltenberg’s statements towards NATO-partner Turkey were rather lukewarm. EH reiterated a former statement recommending “self-restraint to Turkey during its military offensive in Syria so that human suffering may be reduced.” He stressed  that countries must help another in the war against ISIS.

Stoltenberg is in Ankara on Friday for talks with President Recep Tayyip Erdogan.