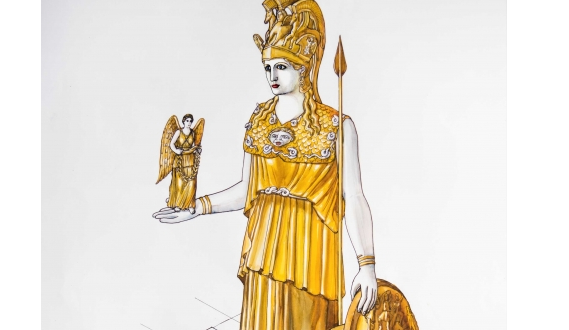 Statue of Athena Parthenos back to life at the Acropolis Museum

The gold and ivory statue of goddess Athena once installed in the Parthenon of the Acropolis of Athens will be brought back to life in the Acropolis Museum on October 28, 2019, the Museum announced in a statement.

“On the occasion of the Greek National Holiday of the 28th October, the Acropolis Museum brings to life the statue of Athena Parthenos, made of gold and ivory, designed by Phidias for the Parthenon. The Museum invites its visitors on a walk of knowledge about its construction materials and techniques, its myths and allegories, its radiance and its adventures.

Presentations about the lost statue of Athena Parthenos will be held by Museum Archaeologist-Hosts in Greek at 12 noon, 1 p.m., 2 p.m. & 4 p.m. and in English at 11 a.m. & 3 p.m. For registration, please refer to the Information Desk at the Museum entrance on the same day, half an hour before the presentation start time. Limited to 30 visitors per session. First-in first-served.”

The statue of Athena Parthenos (Athena, the Virgin) was the most renowned cult image of Athens, considered one of the greatest achievements of the most acclaimed sculptor of ancient Greece. Phidias began his work around 447 BC. 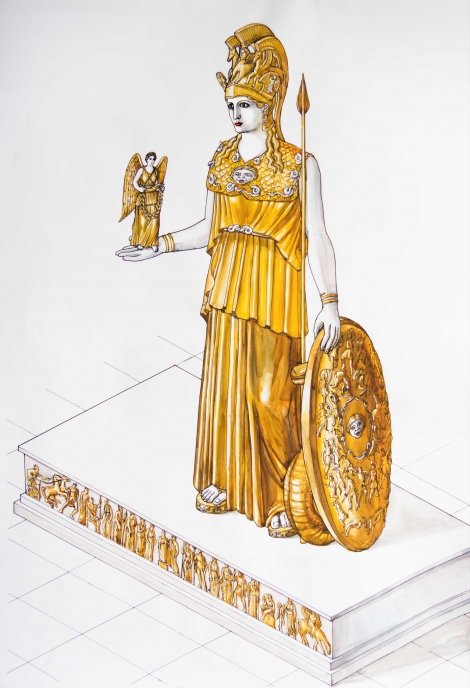 The gold and ivory sculpture was assembled on a wooden core, covered with shaped bronze plates covered in turn with removable gold plates, save for the ivory surfaces of the goddess’s face and arms; the gold weighed 44 talents, the equivalent of about 1,100 kilograms.

The tyrant of Athens, Lachares, removed the gold sheets in 296 BC to pay his troops, and the bronze replacements for them were probably gilded thereafter; it was damaged by a fire about 165 BC but repaired. An account mentions it in Constantinople in the 10th century.

Do you also wonder if there is any historical connection between Athena Parthenos and the Oxi Day, where Greeks celebrate the country’s resistance to the power of Axis in 1940?

The answer is: there is not any obvious reason to squeeze together 24 centuries of history in one event…

other than on Monday, October 28, 2019 the Museum exhibition areas and the archaeological excavation will be open from 8 a.m. to 6 p.m. with free entry for all visitors.