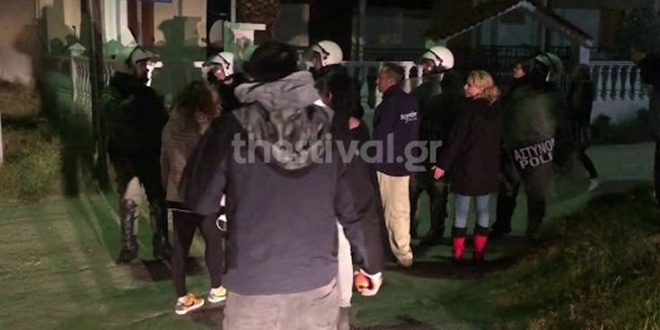 Greek authorities were forced to abandon plans to settle 380 refugees in hotels of the seaside village Vrasna of Volvi Municipality, North Greece, due to fierce protests by locals.

Nine buses with 380 asylum seekers, among them many families and children, arrived in the area on Tuesday afternoon. The majority of them are from Syria, Iraq, Afghanistan and Palestine. They were transferred mostly from the island of Samos in the context of government plans to decongest the islands starting with vulnerable asylum seekers. 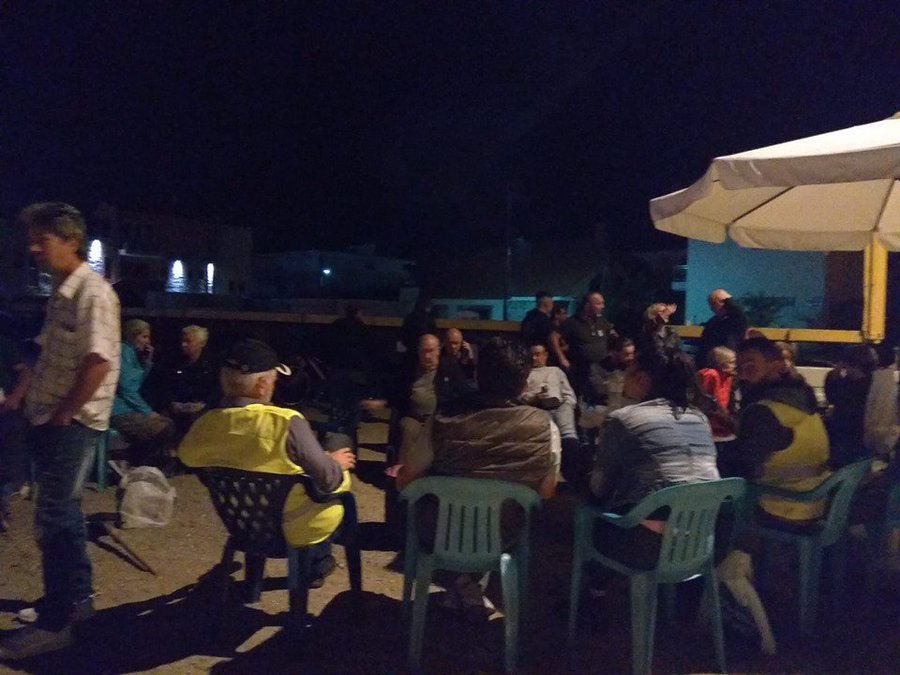 The villagers had blocked the road with barricades and did not give up even when riot police squads arrived.

The buses used side roads to bypass the blockades and arrived in front of two hotels at 3;30 in the morning. However, it was ultimately the hotel owners who refused to accommodate the people due to the social pressure.

The angry protests lasted until 6 o’ clock on Wednesday morning.

The buses were forced to leave the area and head to a village in Halkida on the island of Evia, where they will be settled in summer camps facilities.

When protesters heard that the buses were leaving, they burst into applauds and cheers, local media thestival reported.

Video: Taking a rest on highway from Vrasna to Evia

The protests began yesterday with two organized blocks of residents, fueled by far-right elements, said they were determined to block the arrival of the buses carrying most of those who had left Samos.

Speaking to daily efsyn, Mayor of Volvi, Diamantis Liamas, said that “the blockades in Vrasna were the result of the mobilization by extremist elements in the area who went around in the area on Tuesday, calling with loudspeakers the residents to react and oppose the settlement of refugees and migrants.

Around 2,000 asylum seekers are accommodated the three camps in the broader area of Volvi.

Liamas said that the problem with Vrasna is that it is also a touristic area.

The asylum seekers were scheduled to stay in the area off the tourist season for the duration of six months.

“Mayor Liamas (ND) has been successfully dealing with far-right attacks so far, but he does not hide his concern,” notes efsyn.

Source from the Ministry for Citizen Protection told news agency amna that they understand that the municipality of Volvi already hosts many asylum seekers. However, they stressed, that the contracts were signed with the hotel owners in advance for a duration of six months.

The same sources pointed out “on one hand we are discussing about the bad conditions on the islands and on the other we have nowhere o take the asylum seekers, because local communities do not want them.”

Two weeks ago, authorities had to abandon plans to create a facility in Serres, northern Greece, due to fierce protests by locals. And this is only just an example.

According to government plans, asylum seekers are to be settled from the islands to all regions of the mainland. Regional governors have not submitted their plans for their accommodation yet, though.