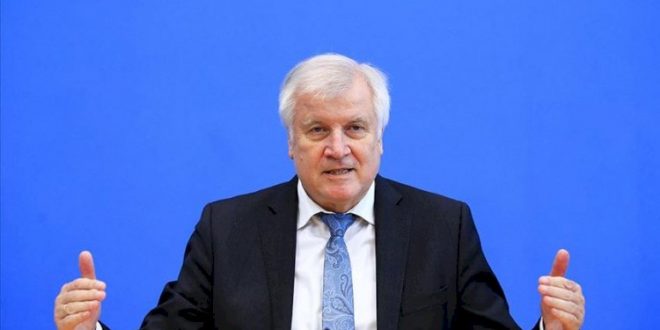 German Interior Minister, Horst Seehofer (CSU) is promoting a new EU Asylum legislation plan aiming to scrap the Dublin Regulation and have future asylum-seekers stay out of Europe, Seehofer’s central idea is that asylum procedures start in the countries at the EU external borders and end in other EU states.

Of course, one has to ask right away: What are the EU’s external borders and which part of the borders does Seehofer means? This side, within the EU,  or that side, outside the EU, like Turkey or African countries?

So far, and under the Dublin Regulation, the first EU countries where asylum seekers arrive are in charge of the entire asylum procedure. In the south EU “external borders” such  countries are Greece, Italy, Malta, Cyprus and Spain, notes deutsche welle.

According to Seehofer’s plan, these countries will only do the preliminary examination of the right for asylum. will be carried out. That is, in these countries it will be examined and decided on the basis of uniform European criteria whether one is entitled for protection in the EU or not.

Those who do not qualify asylum will be send to their countries of origin with the assistance of the Frontex.

Conversely, asylum seekers with the prospect of being recognized as refugees will then be relocated to those EU member states willing to accept them.

There, at a second stage of the procedure, the asylum application will be finally decided.

Seehofer in fact proposes “that asylum seekers rejected in EU countries to be repatriated” to the external borders of EU.

On Tuesday, Seehofer met with his colleagues from France, Spain, Great Britain, Italy and Poland, and proposed to shift the decisions on asylum applications to the external borders of the EU, so as to reduce the number of incoming refugees, German newspaper Die Zeit reports on its website..

The Dublin Regulation has “failed”, Seehofer said after the meeting on Tuesday.

“Dublin” could not form the “basis for the future asylum policy in the EU,” he said adding “most states in Europe did not even answer the letters Germany had to send to them as first-receiving states. More urgently than ever a European rule-system is needed.”

Interior Minister Seehofer aims to prepare a draft proposal to replace Dublin when Germany assumes the rotating EU Presidency in the second half of 2020.

Outgoing Migration Commissioner Dimitris Avramopoulos, who was also present at the meeting in Munich, said that the majority of his counterparts backed his plans.

Support is also provided by the coalition government partner, the SPD with the party’s spokesman to say that his party advocates a European asylum system with external border procedures, which will both distribute refugees in EU Member States and expel those whose asylum claims will be rejected.”

Criticism came so far by the German human rights organization Pro Asyl. The organization criticized that asylum seekers will not be able to receive the legal presentation they have to and that a judicial review “of regulatory wrong decisions” would be not possible.

Pro Asyl spoke of “short process” that “will leave the needy out.”

What is interesting is that the country that faces the biggest inflow of asylum seekers, Greece, was not invited at the meeting. On the other hand, the Greek Parliament will vote for the new Asylum bill that seems to be conform with Seehofer’s plan.

Beginning of the month the German Interior Minister had visited Athens and had meetings with the political leadership of the country as well as the Minister of Citizen Protection/Public Order who is in charge of the Refugee issue and prepared the new bill.

So far, Seehofer’s plan does not reveal:

1. what will happen with asylum-seekers arriving in EU countries per airplane, for example, in Berlin? Will they also be transferred to the countries at the external borders?

2. what will happen to asylum-seekers who concluded the first stage of procedures but no EU member state wants them?

In the end of the Refugee crisis, the European Union failed big and disproportionately burdened the EU South exactly because the EU member states showed unwillingness to accept refugees and asylum-seekers from Greece and Italy.

PS Revealing just two vague and confusing sentences about such a crucial issue is nothing else but cheap politics for internal consumption by Seehofer. On the other hand, similar proposals were made in the past by German and Austrian far-right extremists.