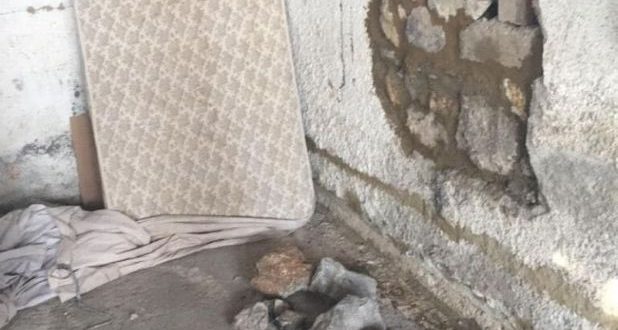 Appalling living conditions in the overcrowded hot spot of Kos

Appalling living conditions for the over 3,700 refugees and migrants in the hot spot of Kos. “We are living like mice. We are looking for cardboard boxes and reeds to make ourselves a place to sleep. At night, there is no electricity. You look for an empty space between others, you lay down and try to sleep,, says an English-speaking man from Cameroon, who has been living in one of these abandoned buildings for two months.

The building is an open space full of holes in the walls and a weathered roof of rusty iron, reports NGO Refugee Support Aegean (RSA).

Hundreds of refugees are forced to live in boxes made out of cardboard and reed or makeshift sheds inside and outside of the Kos hotspot, in the utmost precarious and unsuitable conditions, without access to adequate medical and legal assistance.

Since last April, the Kos hotspot, located on a hill at the village of Pyli, 15km outside of the city, is overcrowded, while the number of transfers of vulnerable refugees from the island to the mainland is significantly lower compared to other islands, therefore creating an unbearable sense of entrapment for the refugees. RSA staff visited the island recently, spoke with refugees living at the hotspot and visited the surrounding area. The images and testimonies cited in this document point out an unspeakable crisis in reception conditions.

A former military camp in the village of Pyli serves as the Kos hotspot, despite intense protests residents; it started operating in March 2016 following the implementation of the toxic EU – Turkey Deal.

According to official data, a place designed for a maximum occupancy of 816 people and 116 containers is now accommodating 3.734 people. Given the lack of any other accommodation structure on the island, the above number includes those living in makeshift sheds inside the hotspot as well as in crumbling abandoned buildings and tents outside of it. This severe overcrowding has led the authorities to use the Pre-removal Center as an area for the stay for asylum-seekers– who are under restriction of their freedom of movement – including vulnerable individuals, women and families.

According to UNHCR, the majority of asylum-seekers come from Syria, the Democratic Republic of the Congo, Palestine and Iraq, while children make up for 27% of the entire population. This data points out that, despite the dominant opposite and unfounded rhetoric, most of the newcomers are refugees, coming from countries with high asylum recognition rates.

Two large abandoned buildings stand outside the hotspot; they are accessible only through debris, trash and a “stream” of sewage. RSA met with refugees who live there and who described their wretched living conditions. “Here, we are living like mice. We are looking for cardboard boxes and reeds to make ourselves a place to sleep. At night, there is no electricity. You look for an empty space between others, you lay down and try to sleep”, says an English-speaking man from Cameroon, who has been living in one of these abandoned buildings for two months. It is an open space full of holes in the walls and a weathered roof of rusty iron[3].

African refugees, men and women have found shelter in this utterly dangerous setting. They have made a slum with big cardboard rooms, one next to the other, where the entrance is not visible. As the refugees sleeping in this area mention, there is cement and plaster falling off of the roof all the time. A vulnerable female refugee from Africa described to us her justified fear that her living conditions expose her to further danger. “The police told us to go find somewhere to sleep, there is no room at the hotspot. I am scared in here among so many men, because there is no electricity and it gets dark at night. But, what can I do? There was no room for me inside”.

A blanket for each person

The situation for Afghan families living in rooms of the other abandoned building, a few meters away, is similar. “When we take our children to the doctor, he writes prescriptions and tells us to buy them by ourselves. No one has helped us. When we arrived, they gave only one blanket to each one of us. Us women, we don’t even have the basics for personal hygiene”, says a young Afghan who has been living here for a month with her daughter and her husband. “They give us 1.5lt of water every day and pasta or potatoes almost daily”, says a young Afghan.

In that space we met with refugees who complain about snakes getting indoors, where people sleep. Many try to shut the holes in the abandoned buildings to deter serpents from entering and to protect themselves from the cold. “We shut the holes but it is impossible to protect ourselves, this building is falling apart, it is really dangerous”, says a man from Afghanistan.

There are no toilets outside of the hotspot; a cement trough is used as a shower for men, women and children, along with a hose from the fields nearby. There, they collect water in buckets and take it to their sheds. Alongside the road leading to the hotspot, refugees are carrying on their shoulders mattresses they have found in the trash, to put them in their tents and sheds.

According to UNHCR, following a request by the Reception and Identification Authority, 200 tents were donated to the hotspot. This said, the Authorities have yet to find an appropriate space to set them up.

Unbearable conditions inside the hotspot

At the moment, there is not really a “safe zone” for unaccompanied minors, despite the fact that there is a space that was designed for this purpose, as families seem to be living in UNHCR tents in that space. The area is not completely protected and according to reports adults, who use the hygiene facilities, can enter there.

Due to the overcrowding, lodgings have been set up in almost every available space, whereas, according to testimonies, there are serious problems with electricity, water supply, sewage disposal and cleanliness. The refugees mention that there is only one public toilet for those not living in a container, lack of clothing, shoes and hygiene products. Some told us that they left the hotspot because of the conditions there, in search of a living space outside of it. Such is the case of a Syrian refugee with his son, who are sleeping in a small construction near the hotspot entrance. “I found two mattresses in the trash. It was so filthy inside and the smell was so unbearable that I couldn’t stand it. I was suffering of skin problems, both me and the child”, he says. Tens of other refugees are sleeping in parks and streets downtown and depend upon solidarity groups in order to attend to their basic needs.

Several refugees told RSA that they are in search of ways to work, even for free, in order to be of use. “I want to do something, I can’t just sit around doing nothing, it is driving me crazy. Would you happen to know where I could be of help? They say they don’t need me at the hotspot, is there anything I could do for the town of Kos? Clean, help somehow?”, a young Palestinian asks. 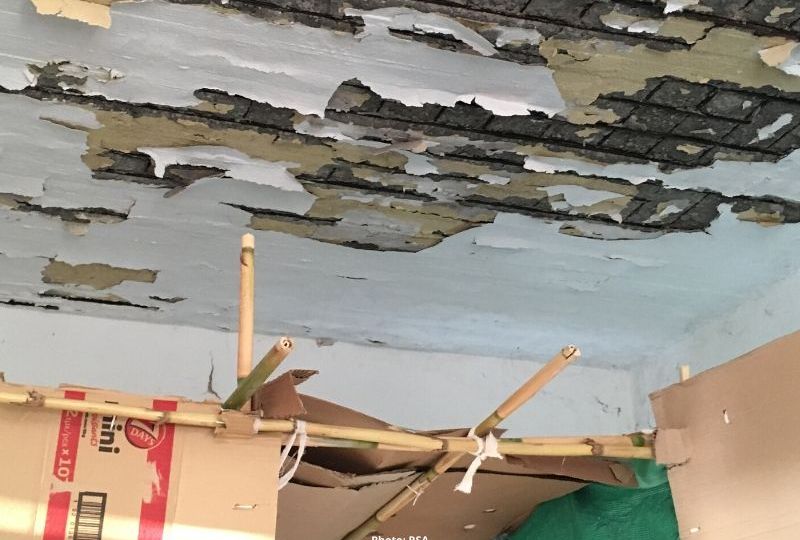 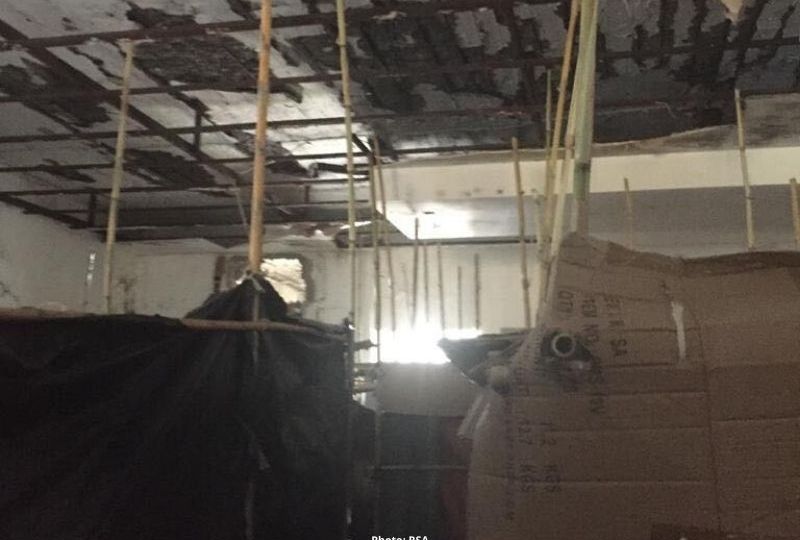 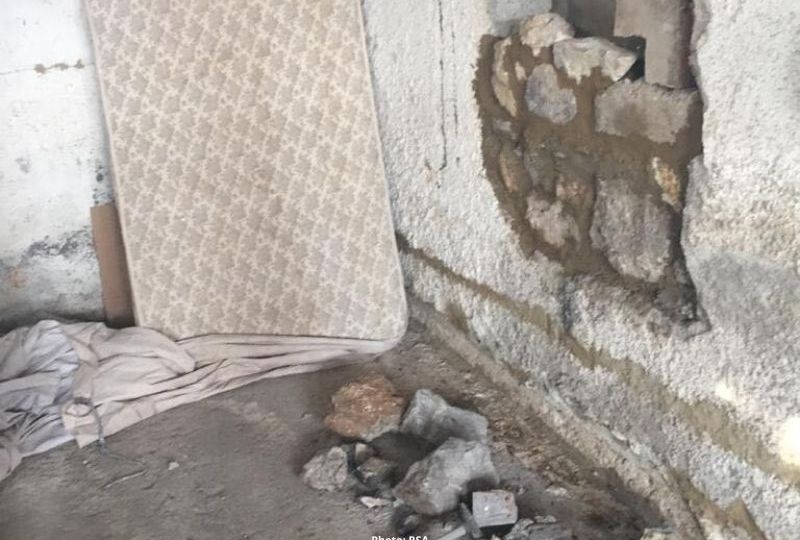 The full RSA report on Kos hotspot is here.