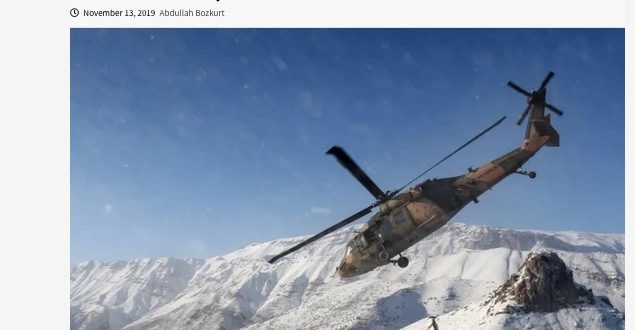 The Turkish military had allegedly prepared to bring back the eight soldiers who fled to Greece in the aftermath of a failed coup in Turkey, the website of Nordic Monitor Research Center claims. Having obtained secret documents, the Center that is run by Turkish journalists in exile, claims further that there was some political bargain between Turkey and Greece for this purpose.

Ex Foreign Minister Nikos Kotzias vehemently dismissed the claims tweeting “For what reason do Greek media re-chew the post of a 3.class website that reproduces the lies of Turkish services that were dismissed already in summer 2016.”

Sources of current FM, Nikos Dendias, reportedly said that they cannot comment on what happened when the previous government was in power. They added “Today’s political leadership of the Foreign Ministry cannot think that what has been alleged has happened.”

“Because it was New Democracy officials who proposed the exchange of 8 Turkish soldiers with the 2 Greek soldiers who I brought back without anything in return, I could not believe that N. Dendias would imply by his declaration that he was faithful to the Turkish secret services at the expense of former Greek Foreign Minister.”

Except from Nordic Monitor report “Turkey planned to force the return of 8 officers who fled to Greece, secret documents reveal.

According to confidential documents obtained by Nordic Monitor, the Turkish General Staff transmitted orders to the Land Forces Command and aviation units on July 16, 2016 at 16:15 hours instructing them to execute a plan to bring a helicopter and the eight Turkish soldiers back from Greece. The military attaché at the embassy in Athens was also informed of the order.

According to the documents the Land Forces Command made contact with the Greek side after a Sikorsky helicopter was used by the Turkish soldiers to flee a post-failed-coup crackdown in Turkey. According to the intelligence memo, Greek authorities agreed to return not only the helicopter but also the eight Turkish officers who fled to avoid torture, ill treatment and possible death at the hands of the Turkish military and police.

The order confirms a message shared by Turkish Foreign Minister Mevlüt Çavuşoğlu on Twitter at 17:15 hours on July 16 in which he said he had spoken to then-Greek Foreign Minister Nikos Kotzias on the phone and claimed Kotzias assured him that Greece would return the eight soldiers as soon as possible.

Although it appeared that some sort of political bargain had been struck between Turkish and Greek officials in the initial hours following the incident, the plan to turn the Turkish officers over was thwarted when Greek law enforcement registered the asylum applications with Interpol in the memo and the Greek judiciary stepped in to assess the asylum applications of the Turkish soldiers.”

PS It is obvious that the Turkish FM would contact his Greek counterpart when the 8 Turkish soldiers fled to Greece. But a “political bargain”? I cannot read this assumption in the secret documents posted by the Nordic Monitor.

And the Turkish military seriously thought it could run into Greece and “abduct” the Turkish soldiers as they did in some other countries? Laughable.