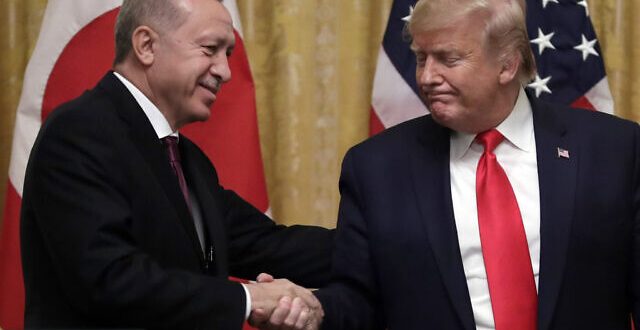 Turkish President Recep Tayyip Erdogan may have not agreed with US counterpart Donald Trump on crucial issues, however, he got a present of important significance: the blocking of the Resolution recognizing the Armenian Genocide.

A US Senator has blocked a resolution to formally recognize the mass killing of Armenians by Ottoman Turks during World War One as a genocide.

Republican Senator Lindsey Graham said lawmakers should not “sugarcoat history or try to rewrite it”.

The vote on the issue was viewed by Turkey as highly contentious.

To become official policy, the resolution needed to be approved by both houses of Congress and then be signed by the president.

It passed the House of Representatives by a vote of 405 to 11 in October, shortly after Turkey’s military offensive against Kurdish fighters – allied to the US in fighting the Islamic State (IS) group – in northern Syria.

The resolution was blocked by Mr Graham on Wednesday when it reached the Senate. Under Senate rules, a single senator can block any resolution.

“I just met with President Erdogan and President Trump about the problems we face in Syria by the military incursion by Turkey. I do hope that Turkey and Armenia can come together and deal with this problem,” he told the Senate floor.

Mr Graham is a staunch ally of President Trump, but has vocally criticised his administration for withdrawing troops from north-eastern Syria ahead of the Turkish military operation against Kurdish forces.

Last month Mr Erdogan described the House of Representatives vote as “worthless” and the “biggest insult” to Turkish people.