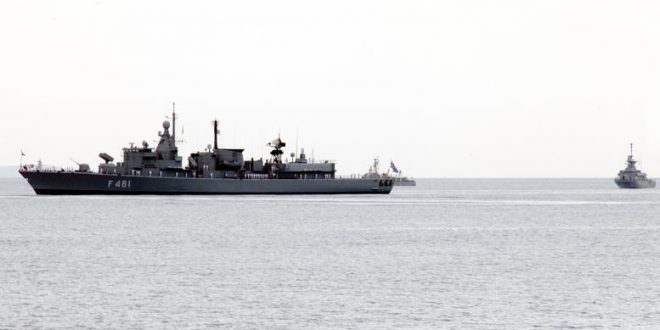 Turkish navy ships intercepted an Israeli research ship in Cyprus territorial waters and forced it out of the area. Turkey has been trying to create a fait accompli in the East Mediterranean Sea, unilaterally creating its own Exclusive Economic Zone off Cyprus and Greece.

The research ship Bat Galim, of the Israel Oceanographic and Limnological Research institution, was approached by Turkish vessels while conducting research in coordination with Cypriot officials and the Cypriot government.

On board of Bat Galim were researchers from Ben-Gurion University in the Negev, as well as a Cypriot geologist.

According to Times of Israel, unnamed senior officials said the vessels radioed the Israeli ship, demanded to know its business in the area — despite not having jurisdiction there — and then ordered it leave. The Israeli ship had no choice but to comply and depart.

The incident had been confirmed by Israel’s National Infrastructure, Energy and Water Ministry although the exact location of where the incident occurred was not provided, notes Jerusalem Post.

“Turkey does not have jurisdiction over the area of the Mediterranean Sea in which the researchers were working, but its navy demanded that Bat Galim move further south, as first reported on Channel 13,” the Post said.

The incident took place several weeks after Turkey and Libya signed an agreement dividing up authority over the areas of the Mediterranean between their two countries, which ignores Cyprus’ and Greece’s economic rights in the sea, granting them to Turkey.

The Turkish Foreign Ministry summoned Israel’s top diplomat in Ankara earlier this week to inform him that Israel’s plan to lay down a natural gas pipeline to Europe in that part of the Mediterranean Sea, in cooperation with Greece and Cyprus, would require Turkey’s approval, Channel 13 reported.

Turkey has recently taken steps to increase its influence in the eastern Mediterranean. It signed a maritime border agreement with Libya in November that has fueled regional tensions with Greece, Cyprus and Egypt over oil and gas drilling rights in the region.

The three countries, which lie between Turkey and Libya, blasted the maritime border accord, saying it was inconsistent with international law. Greece has expelled the Libyan ambassador over the pact.

Meanwhile, Ankara has warned it will use its military forces if necessary to halt any exploratory gas drilling in waters off Cyprus of off that it claims as its own.