Breaking News
Home / News / Culture / Arts / Tom Hanks: Greece is a “haven” and a “healing place for the soul” 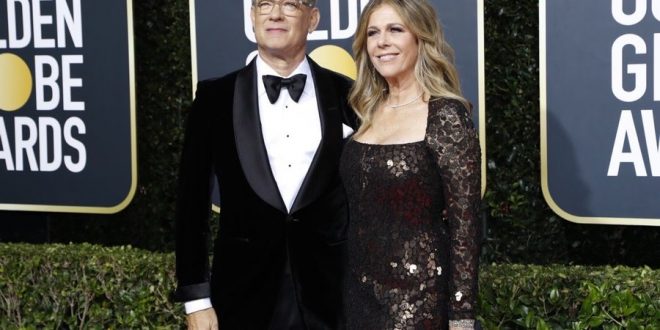 Tom Hanks: Greece is a “haven” and a “healing place for the soul”

Greece is a “haven” and a “healing place,” Hollywood actor and Philellene Tom Hanks told reporters at the Golden Globes Awards in California after being presenting with the Cecil B. DeMille Award by the Hollywood Foreign Press Association for his “outstanding contributions to the world of entertainment.”

“I’ve been around the world, to beautiful places … none of them tops Greece. The land, the sky, the water, it’s good for the soul; it’s a healing place. Particularly if you get into that fabulous, fabulous Greek schedule of sleeping until noon, staying up until 3 o’clock in the morning, and arguing in a taverna until 3 a.m. It’s just the best life one can have,” Hanks told reporters about his Greek way of life during his summer vacations on his favorite Aegean island of Antiparos.

“I’ve been Hellenic for the better part of 32 years,” the 63-year-old actor stressed highlighting his marriage to actress and producer Rita Wilson whose mother Dorothea was Greek.

The Hollywood couple has a home on the Aegean island of Antiparos, where they are known to spend much of their summer holidays.

On December 27, Greek President Prokopis Pavlopoulos honored Tom Hanks with a rare privilege and award: the honorary Greek citizenship for his charitable contribution to the country.

Starting 2020 as an Honorary citizen of all of Greece! Kronia pola! ( more or less, “happy year!”). Hanx pic.twitter.com/b8fmrgjvYP