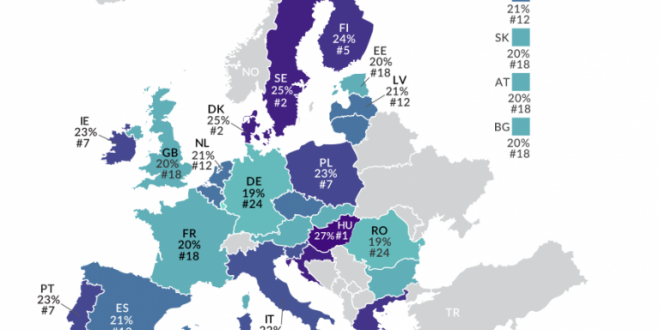 Greece has the highest VAT rate in the Eurozone, ranks 5th in EU

Greece has the highest Value Added Tax rate in the Eurozone, while it ranks 5th in the European Union, a study by the US-based Tax Foundation finds. When it comes to VAT, Greek households are one of the most burdened in Europe.

According to the report, Greece is in the 1st spot in the Eurozone, with a 24% base rate, along with Finland. Compared to all EU members, Greece is in fifth place.

The EU countries with the highest VAT rates are Hungary (27%), and Croatia, Denmark and Sweden (25%). 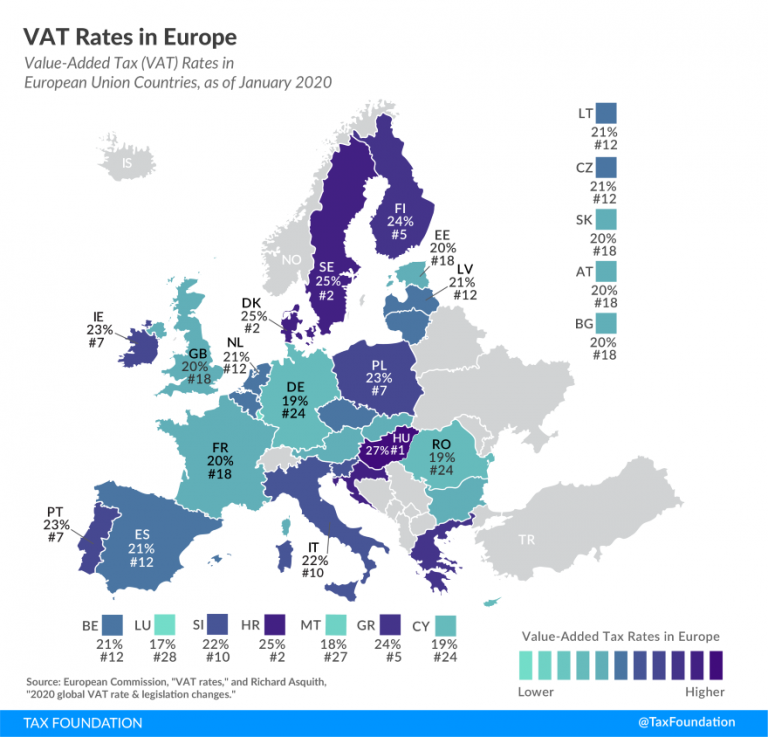 According to the European Commission, the increase in VAT rates in previous years has deepened the revenue gap. About 6 billion euros are lost in Greece each year due to non-payment of VAT.

Although harmonized to some extent by the European Union (EU), EU member states’ VAT rates vary across countries.

The VAT is a consumption tax assessed on the value added to goods and services, targeting an economically efficient way of raising tax revenues.

The final VAT levied on a good or service is the sum of the VAT paid at each production stage. While VAT-registered businesses can deduct all the tax already paid in the preceding production stages, the end consumer does not receive a credit for the VAT paid, making it a tax on final consumption, notes the Tax Foundation.

However, an OECD study has found that reduced VAT rates and VAT exemptions are not effective in achieving these policy goals and can even be regressive in some instances. Such reduced rates and exemptions can lead to higher administrative and compliance costs and can create economic distortions. To address equity concerns, the OECD instead recommends measures that directly aim at increasing poorer households’ real incomes.