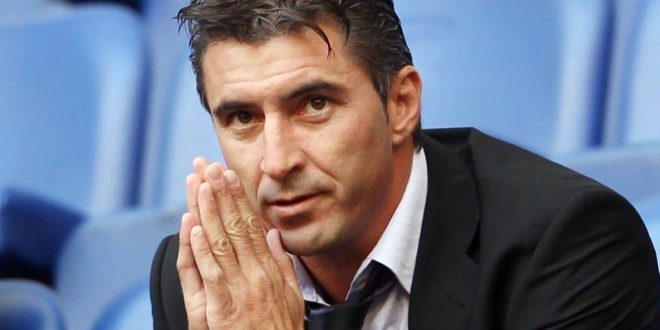 With order of the Prime Minister, New Democracy expelled form the party, MEP and former football player, Thodoris Zagorakis, over his statement challenging the decision of the Greek Professional Sports Committee (EEA) to have two football clubs removed from the Super League championship.

On Monday, the EEA voted to demote PAOK FC and XANTHI FC following complaints by Olympiakos FC that the two clubs had multiple ownership.

According to the complaint claims, PAOK owner Ivan Savvidis has also shares in Xanthi FC.

The EEA made a relevant proposal to the Supreme Disciplinary Board following the voting of 4 in favor and 1 against.

Short after the decision, former PAOK football player Zagorakis threatened to go independent, should the decision of the EEA be implemented.

“If PAOK is not vindicated, I cannot be under the same political roof with all those who attack PAOK and the Greek football itself following third party instructions,” Zagorakis said in a statement posted on Facebook implying the relations between ND and the owner of Olympiakos.

He described the EEA recommendation as “outrageous, condemn-able and unprecedented for the Greek sports.” He criticized the Committee’s decision as “legally unfounded” adding further that “the composition of the Committee raises serious ethical questions about the whole process.”

Government spokesman Stelios Petsas who announced Zagorakis expel on Tuesday morning, said also that by the afternoon, the government would take immediate legislative action to avoid such extreme sanctions on matters such as those discussed by the EEA.

Such a legislation would prevent the removal of PAOK and Xanthi from the Super League championship. However, instead of downgrading and fining football clubs, the legislation will deprive them of up to 10 points.

So far, there is no statement by Zagorakis as to whether his will keep his seat to the European Palriament or return it to New Democracy.