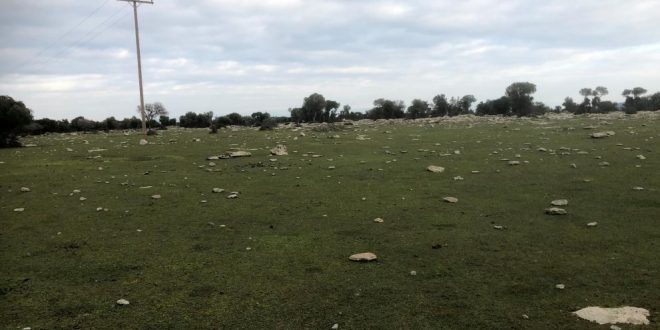 Municipalities on the the islands of Lesvos and Chios decided to take counter-measures as they categorically reject the government plans to requisite public and private properties and land in order to construct the new migration centers. The Regional government went even further and cut the dialogue with Athens.

In emergency City Council meetings held hours after the announcement of the requisition plan, local authorities decided to seek legal measures against, to set up “guard teams” and to deny any help to government and state authorities.

Local authorities say that they were caught by surprise about the requisition and accuse the government of “authoritarian governance.” The government cheekily calls it “real-democracy.”

The City Council of Lesvos capital Mytilini decided, among others:

Following the reactions, Migration Minister Notis Mitarakis cancelled the meeting with the mayors of the five Aegean islands receiving the migration influx. The meeting was scheduled to take place in Athens on upcoming Thursday, February 13.

However, the islands mayors and locals plan a protest outside the Ministry of Interior in Athens on Thursday morning.

Mitarakis announced to visit Lesvos and attend a City Council meeting next week.

Both the Minister and the government spokesman say that they had informed local authorities on the requisition plan.

Even Mitarakis’s announcement that the requisitions are scheduled for 3 years and compensations will be paid to private persons, legal entities or municipalities did not calm the down the locals.

On Tuesday morning the government came with another gift, saying that 9.5 million euros will be distributed to municipalities hit by the migration problem.

Late on Thursday, the Regional Government of the North Aegean decided to cut any dialogue with the government and to condemn the requisition plan.

There are currently 40,000 asylum-seekers, refugees and migrants on the five islands.

According to the government plan, 20,000 people, that is 50% will be accommodated in the new migration centers.

What will happen with the rest 20,000? The government seem to have a vague idea about the future of these people. Minister Mitarakis said in an interview on Monday that “they will get asylum and there are several options such family reunions in other European countries.”

Despite government’s reassurances, locals are not convinced that the old hot spots will close once the new migration centers go in operation.