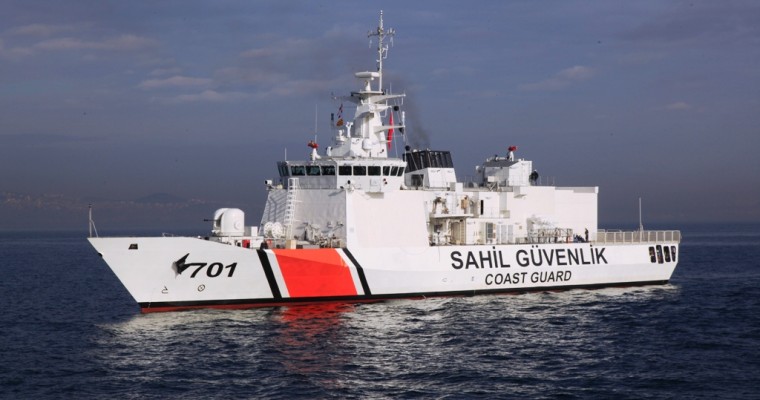 Vessels of the Turkish Coast Guard harassed vessels of the Greek Coast Guard as they were preparing to collect migrants and refugees on board a dinghy near the islet of Strongyli, off the coast of the island of Kastelorizo in the South-East Aegean Sea. An area crucial for the Greek Exclusive Economic Zone, disputed by Ankara, especially or especially after the Turkey-Libya Agreement on maritime boundaries.

According to reports, the crew on board of the Turkish vessel told their Greek colleagues to leave the area, claiming it was “Turkish territorial waters.”

Although the crew of the Turkish vessels watched the migrants’ boat sailing by, they were mobilized as soon as the Greek vessels appeared.

At 8:30 Tuesday morning, some 20 Afghan migrants and refugees disembarked on islet Strogyli accompanied by the Turkish vessels, STAR TV reported.membered

The three vessels of the TCG were in Turkish territorial waters near the Strongyli islet which is part of the Kastelorizo complex.

They watched the Greek rescue operation for about 45 minutes.

When ships of the Greek Navy that were sailing nearby approached the area, they TCG vessels attempted to block them, claiming the area was “Turkish territorial waters.”

The incident did not last more than a few minutes.

The migrants and refugees were collected and transferred to Kastelorizo.

It is worth noting that the incidents took place while Turkish and Greek military delegations discuss Confidence Building Measures to ease tension between the two countries.

The CBM talks continue on Tuesday in Athens, for a second day and are expected to last until February 21.

The talks started on Monday accompanied  by dozens of Greek air space violations conducted by Turkish F-16 and provocative statements by the Foreign Minister in Ankara.