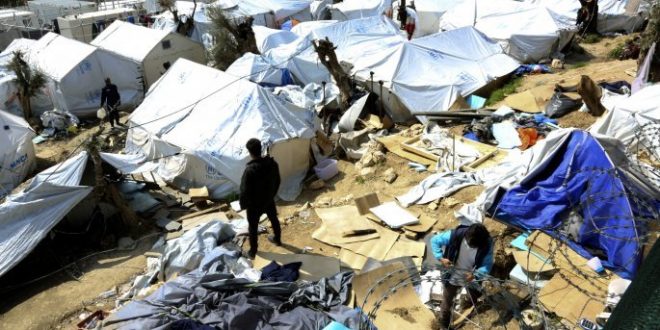 Majority of islanders consider migration as “a threat to Greece”

The migration crisis had negatively affected locals on the islands mostly affected, with 65% of islanders saying that they consider migrants and refugees as a threat to Greece, a survey has shown.

In a survey conducted by Kapa Research on the islands of Lesvos, Samos and Chios and thus on behalf of the regional government of the Northern Aegean Region.

Nine out of ten replied that their psychological situation and morals have been negatively affected by the issue.

Islanders reportedly see the migration as a source of big deina and even consider is as a major threat for the country.

90% responded that increased flows have adversely affected their island.

56% said no compensatory measures could improve the situation.

78% responded that the most serious problem facing Greece is the refugee-migrant issue.

94% said that the psychology and morale of the residents have been adversely affected.

70% stress that they feel very insecure.

45% think that the increased flows are due to the fact that the regime in our country quite accepts them.

The survey conclusions were reportedly delivered by Regional governor, Costas Moutzouris, to the European Commission Vice-president, Margaritis Schinas, on Sunday.

On Monday, the government proceeds with the creation of the closed migrants and refugees centers, with the islanders up in arms with blockages and other actions aiming to prohibit the project.