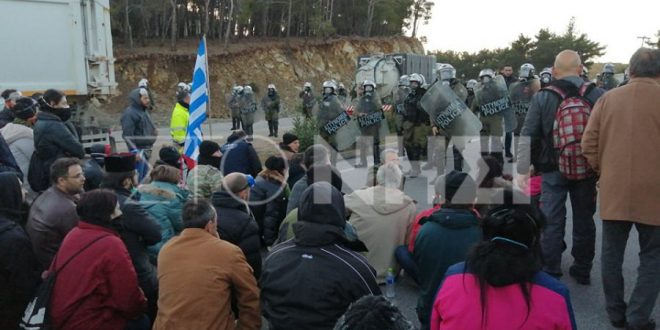 February 25, 2020 CORONAVIRUS, Greece Comments Off on Riot police clash with locals over migration centers on the islands (videos) 2,936 Views

Extensive clashes erupted overnight on islands of Lesvos and Chios and continue on Tuesday, with local authorities and residents trying to prevent the arrival of riot police, water canons and excavating machines to be used to build new closed migration centers.

The forces arrived by ferries chartered by the government.

Riot police made its way to the constructions sites with teargas and sound flares. 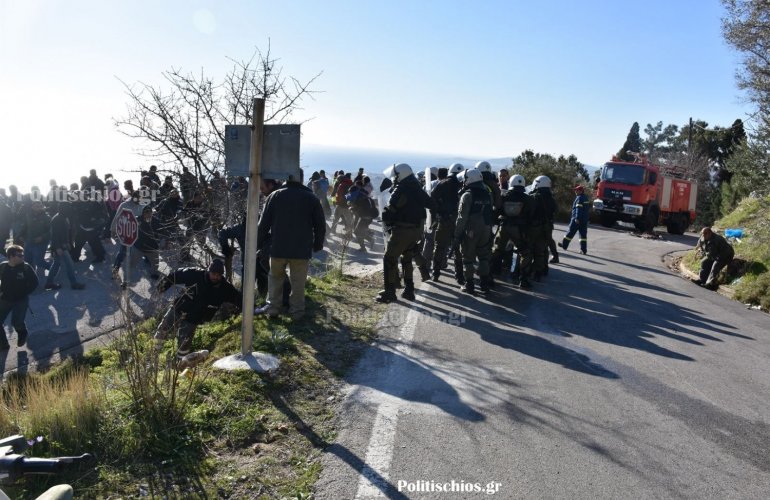 The standoff continues on Tuesday on both islands with police trying to cordon off areas around roadblocks set up over the past few days by protesting locals.

Already on Monday night, hundreds flocked to the ports to block the arrival of riot police and digging machinery.

Protesters deployed municipality trash trucks to block the port late on Monday and set garbage bins on fire when the police forces arrived. 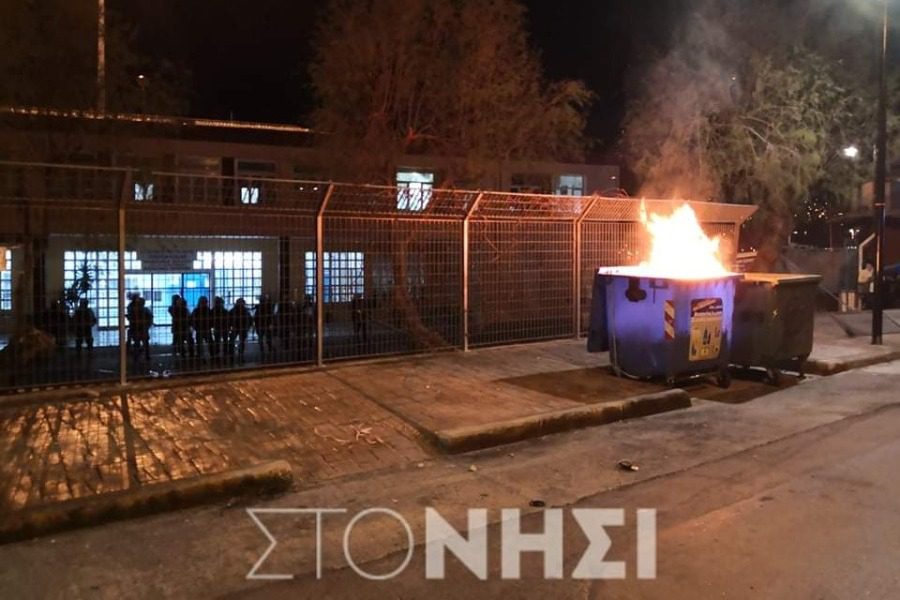 The port area turned into a battle field.

Locals clashed with police when bulldozers attempted to reach the site in Karava by Mantamados.

Strong and armed police forces against hundreds of locals, many of them seniors and women. 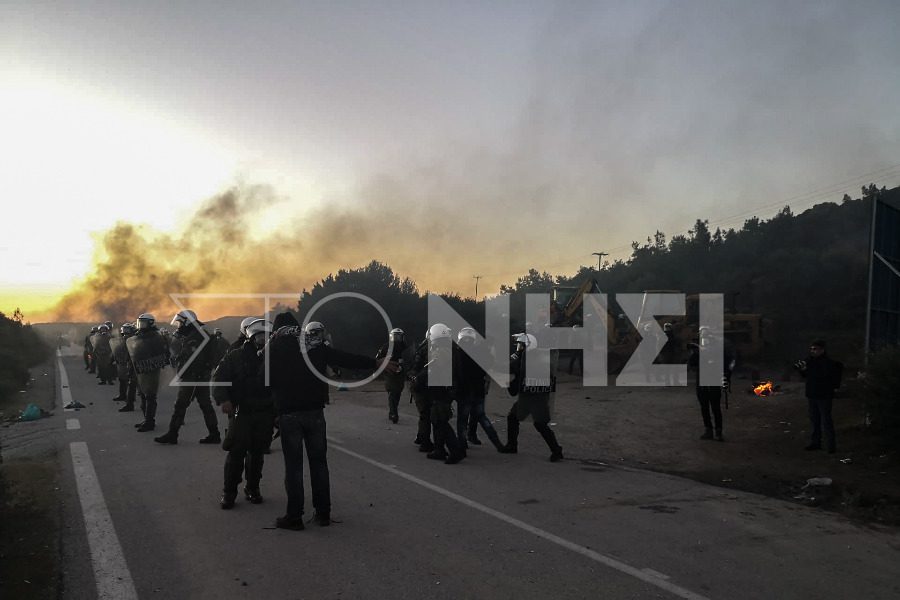 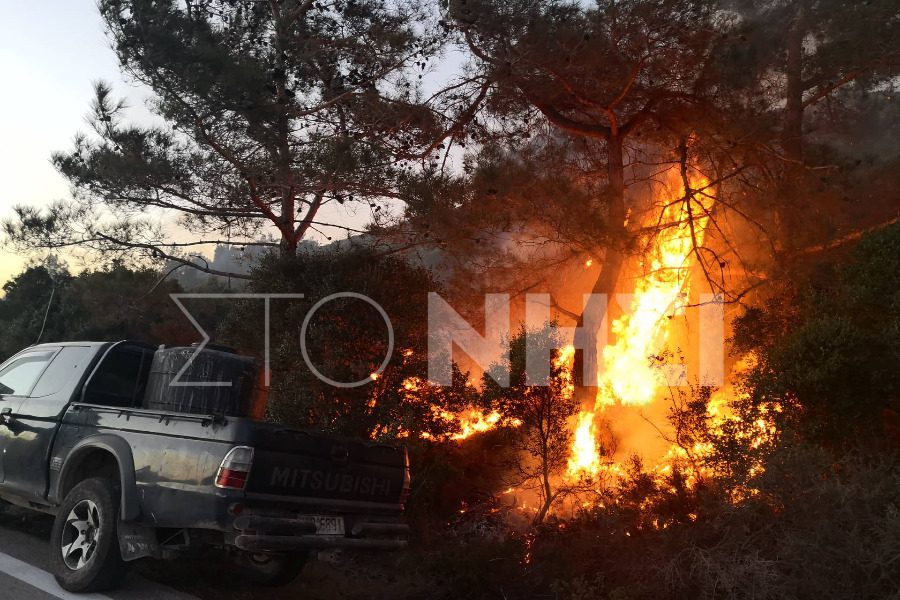 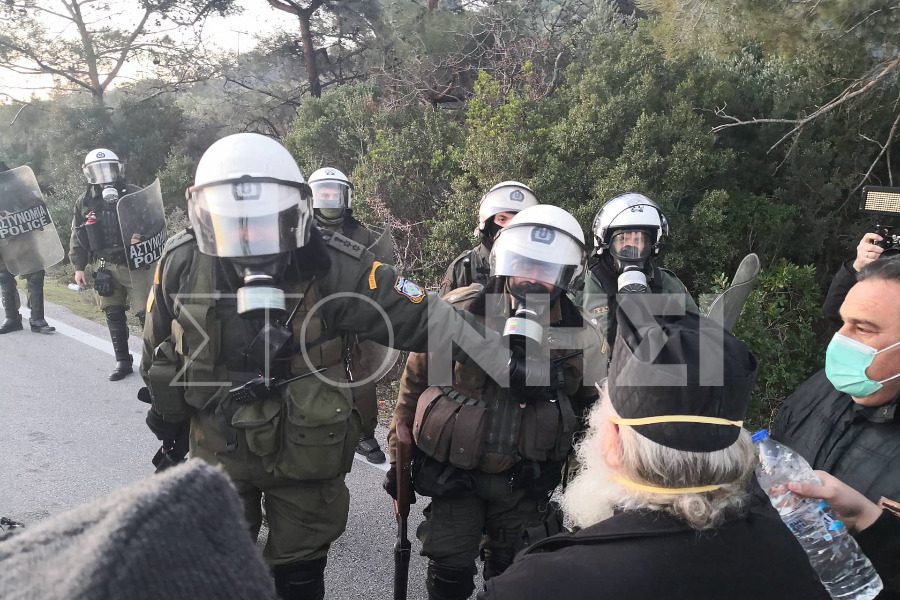 Strong police forces are concentrated on the other side of the road that leads to Kavaklis, at Diabolorema. 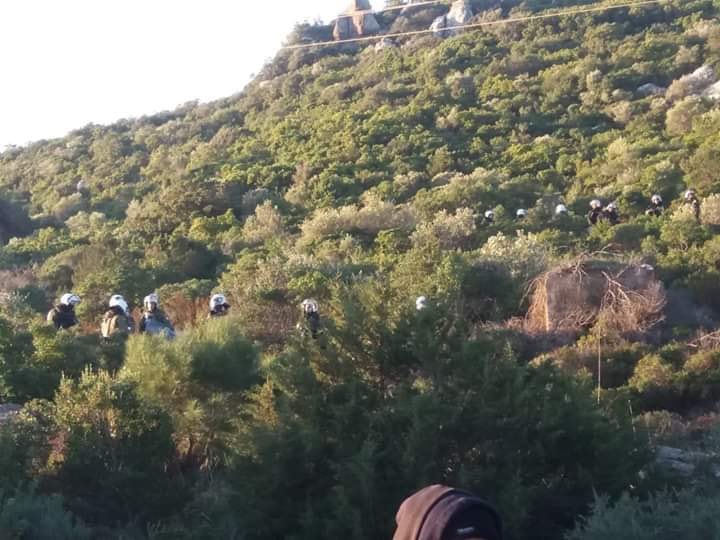 Riot police trying to make …sense of its deployment

“A day of shame for all of us and mainly for those who ordered the beating of those who guard our islands on the edge of the Aegean,” Moutzouris said. “It is a shame that they are beaten and suffer form the teargas. Not even the Junta did such things,”he added.

Clashes broke out at the port of Mesta in the early morning hours of Tuesday, strong police forces disembarked the ferry. Police fired tear gas and flash grenades. 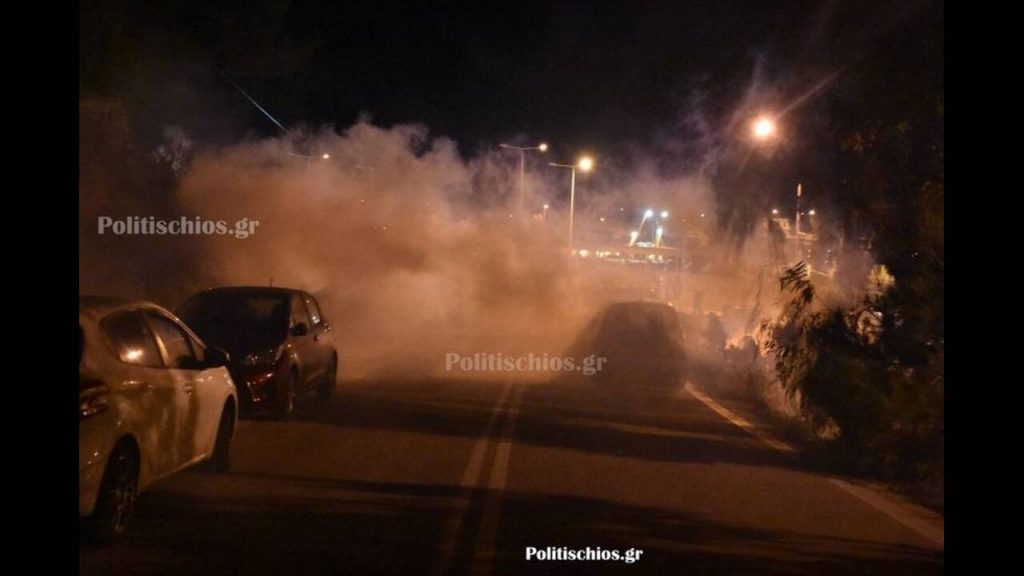 At least three people were treated in the hospital for breathing difficulties caused by the extensive use of tear gas. One of them was the mayor, another one was a priest. 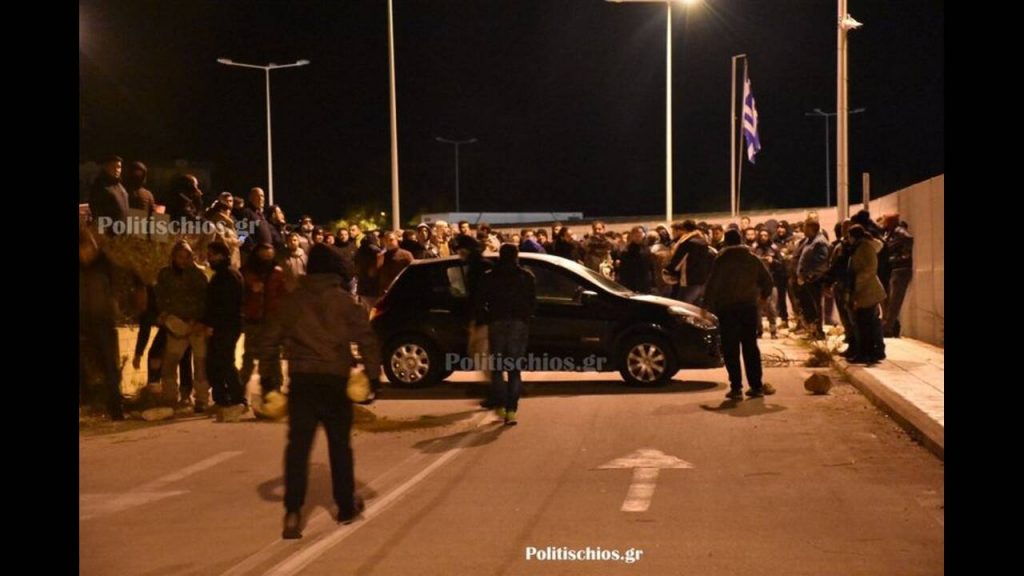 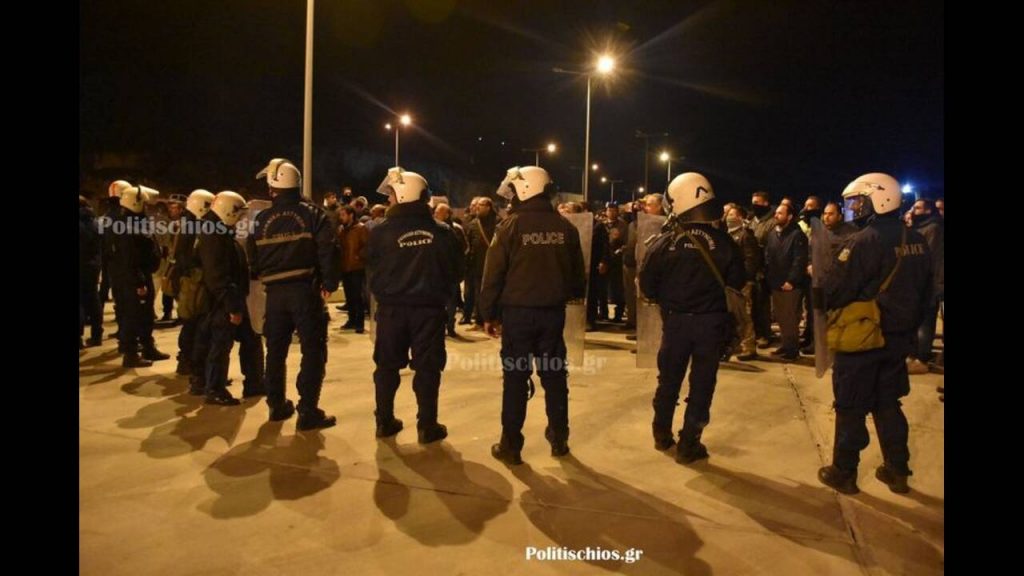 Short after 5 o’ clock in the morning, riot police, with buses, a vehicle equipped with water canon and digging machinery started to make it to Vrodados area where the migration center is to be set up and hundreds of locals trying to stop them, also with road blockages. 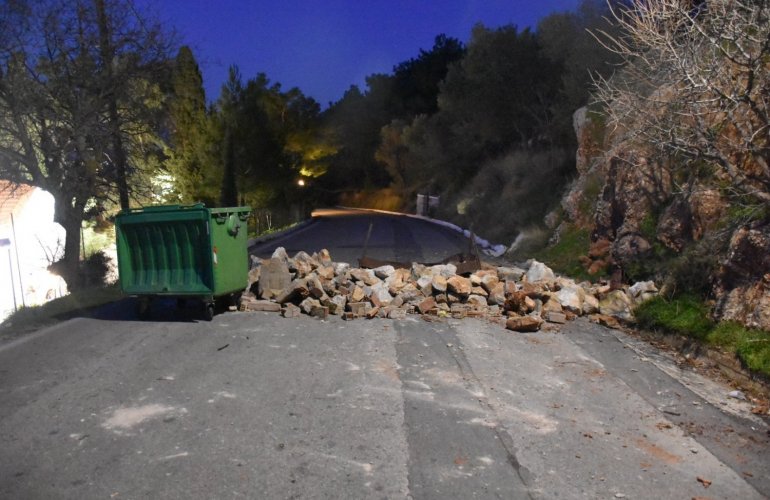 Clashes continued in the morning.

Despite the blockades some bulldozer made it to the site

Local authorities and residents blocked access to the new closed migration center structure under construction in the Zervou  area.

By decision of the Northern Aegean Region, the operation of administration services on Samos and neighboring Ikaria have been suspended, locals block construction works at the new migration site.

Island residents and local authorities accuse the govenrment of “authoritarianism” and vehemently argue that the migrants and asylum seekers should be moved to the Greek mainland.

“We understand that there is a problem of trust that was created over the previous years,” government spokesman Stelios Petsas told state broadcaster ERT on Tuesday morning. “But the closed facilities will be built and we are calling on the public to support this.”

He claimed that the government was also compelled to act due to heightened concerns over the widening coronavirus outbreak, arguing that proper health checks could not be carried out at existing overcrowded camps.