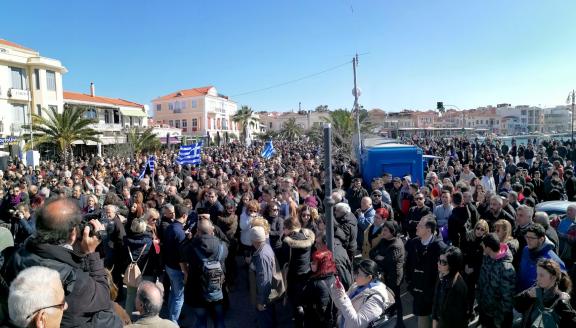 Public services, banks, cafes and restaurants and even kiosks are closed down on the island of Lesvos on Wednesday. Locals joined the general strike to protest the unprecedented police violence against those protesting the construction of a closed migration center. 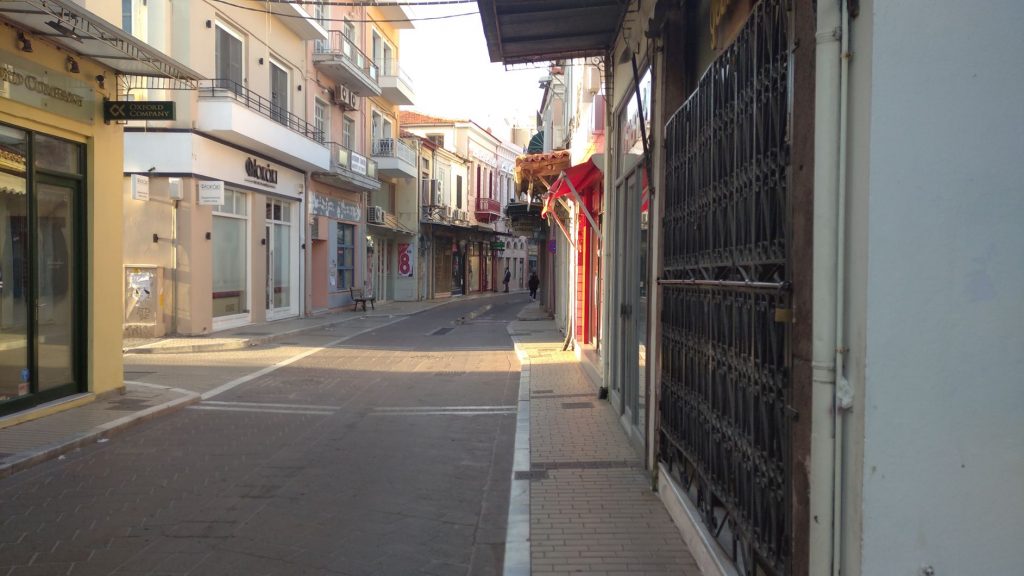 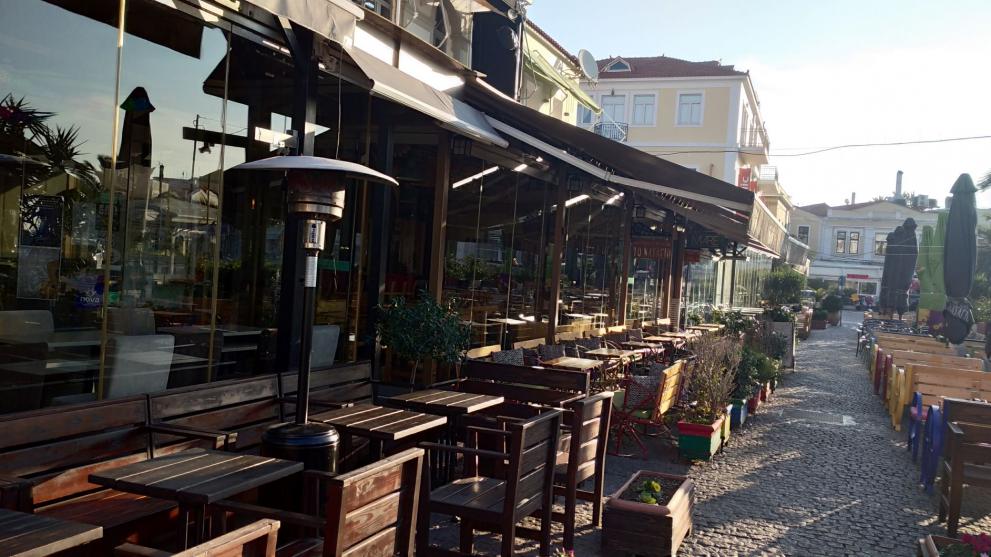 Locals gathered at Sappho main square of Mytiline and marched to the court hall.

Others, continue their resistance against the excavating machinery and clashed with hundreds of riot policemen deployed to Lesvos from Athens on Tuesday.

“Fires in the forest of Diavolorema, tear gas, clashes and bleeding heads summarize what is going on Wed morning,” noted local daily lesvosnews.

Fires broke out early afternoon in Karavas area with locals to claims that they were caused from the flares fired by the riot police. 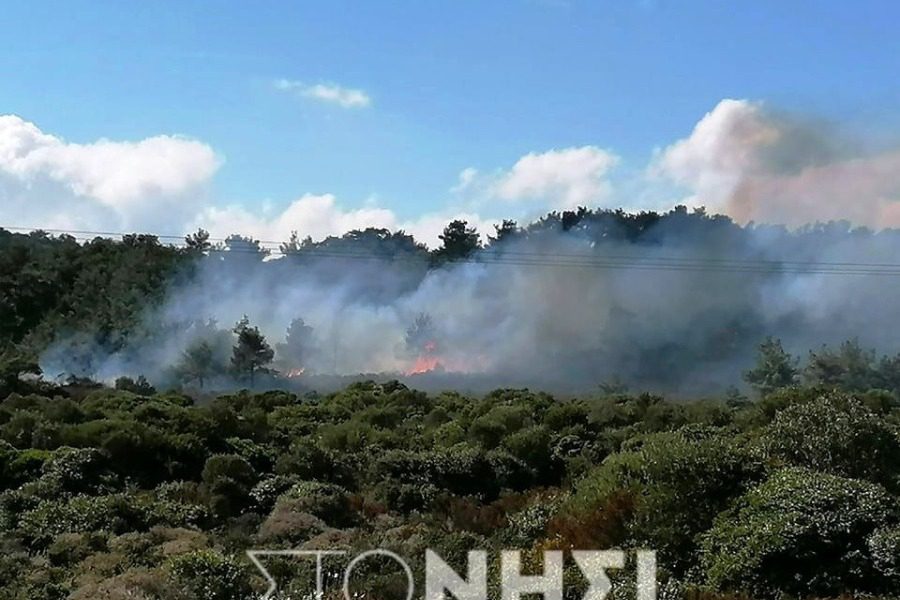 The situation on the neighboring island of Chios is similar: Part of the population joined the strike gathering in the central square of the island’s capital.

Students, pensioners, workers and shop owners, even priests joined the protest against the extensive police violence and marched to the local police headquarters, local politischios reports. 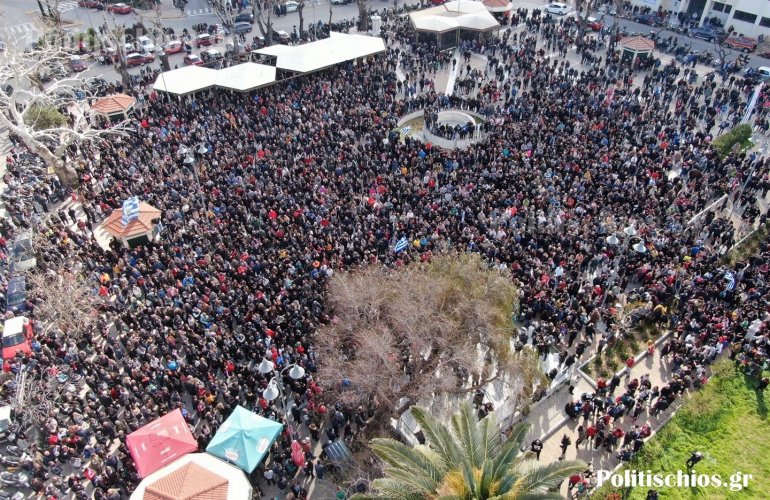 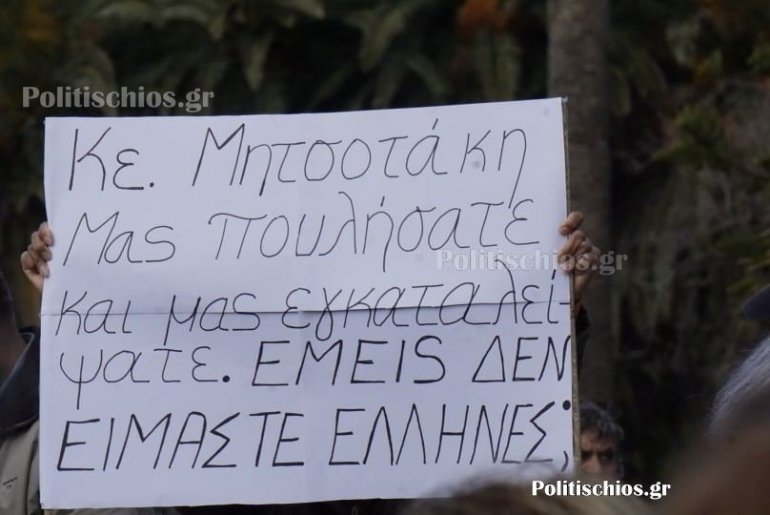 Banner: “Mr Mitsotakis you sold us and abandoned us. Aren’t we Greeks?”

Others gathered outside hotels to protest the accommodation of policemen from Athens. 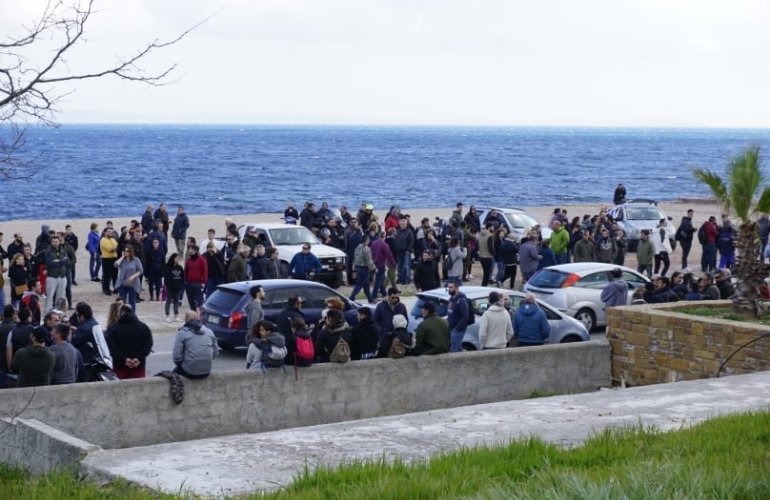 Islanders did not go on strike only as response to the police violence against unarmed protesters of all ages. They are against the requisition of their properties and the construction of the new migration centers, demanding massive decongestion. The new closed centers will create “storage for souls,” they say.