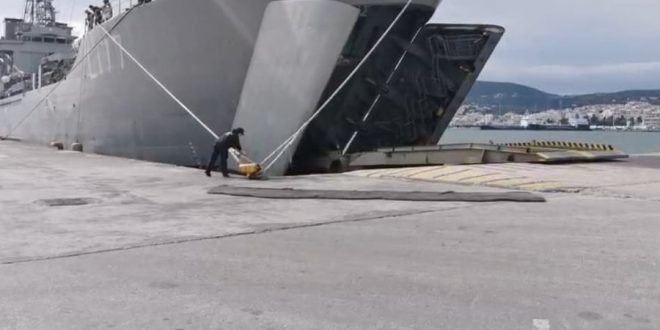 A ship of the Greek Navy arrived at the port of Mytilini in Lesvos on Wednesday morning. The ship will house hundreds of refugees and migrants who arrived on the island after March 1, but they are not allowed to submit asylum application following a recent government decision to temporarily suspend the procedure.

The ferry “Rhodes” will reportedly host around 350-500 people. Priority to be given to women and children.

As the government did not bother to officially inform about the transfer, media report unconfirmed information that after the migrants have embarked, the ship will remained docked for an unknown period of time.

The government plan is reportedly that they will transferred to “closed camps” on the mainland, in northern Greece  where they will stay until their deportation to their countries of origin.

The new arrivals are allegedly from Aghanistan, Pakistan and Somalia.

Meanwhile, it seems that even the Migration Ministry is kind of unprepared to deal with the situation. Initially, the plan wanted the migrants to be identified after their embarkation. Now local media report that authorities started to register them and take fingerprints already at the port.

Lesvos residents did not allow the new arrivals access to the hotspot of Moria, as they are up in arms with the government for postponing decongestion of the island and plans a new migration center with a large capacity.

Since they arrived on Sunday and Monday, the migrants have created a makeshift camp at the port of Mytiline. 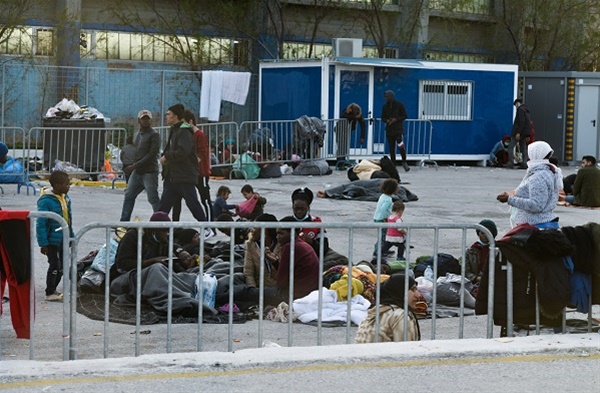 The news that a ship is coming to the island to transfer people to the mainland mobilized hundreds of those in Moria who moved to the port to …catch the ship, already on Tuesday.

Many of them were holding tickets for commercial ferries. Some tickets were ‘fake’ and some were dated for February.

It is not known who is inciting these poor souls and thus selling them invalid tickets for 51 euros per person.

Those from Moria had to return to the camp after strong police forces arrived at the port.

Police are cordoning harbor in #Lesvos pushing away amassed asylum seekers . A Navy boat is expected to host families, since no more people are brought to #Moria pic.twitter.com/lFrcYruiBW

Tension and clashes were inevitable.