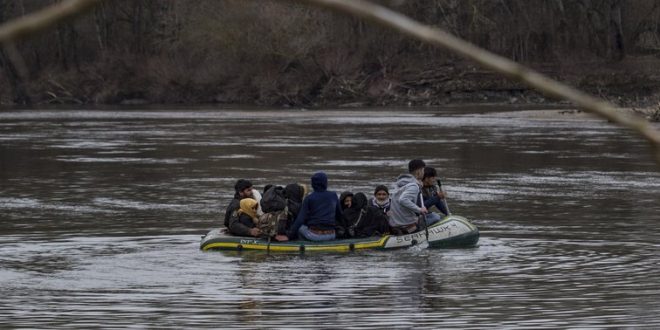 Turkey stopped allowing migrants to cross the Aegean Sea to go to Europe, the Turkish Coast Guard said in a statement issued late on Friday. The decision was reportedly taken by him, himself the President Recep Tayyip Erdogan and sealed with a presidential order. Interesting to note is that Erdogan is trying to upgrade his profile as  someone highly “concerned about the migrants’ lives” and thus just 48 hours before he will head to Brussels for talks with top officials.

“Illegal migrant crossings via the Aegean Sea are not allowed because it is dangerous. While the principle of not intervening with the illegal migrants wanting to leave Turkey remains to be implemented, such an approach does not cover sea crossings due to life-threatening danger,” the coastguard said, news agencies like anadolu and dpa reported.

Erdogan has instructed the coastguard to no longer allow migrants to attempt to cross the Aegean Sea to go to the European Union, citing their safety.

The Interior Ministry will oversee the implementation of the order.

“The coastguard accused Athens of violating international law by putting migrant boats at risk, saying it rescued nearly 100 migrants from three boats on Thursday that had been left half-sunk by Greece,” Turkish media note.

It is an interesting coincidence that the presidential order comes 48 hours before the Turkish President will head oy Brussels for talks with top EU officials.

The President “will arrive in Brussels next Monday for a single-day official visit,” a statement issued by Erdogan’s office said late on Friday without elaborating with whom exactly he will have the talks.

“The president will discuss the lifting of visa restrictions for Turkish citizens, the refugee crisis and amendments to the Customs Union,” the statement added..

In a phone conversation with German Chancellor Angela Merkel on Friday, Erdogan said he wanted a new EU-Turkey deal.

Ankara has repeatedly complained that Europe has failed to keep its promises under a 2016 EU-Turkey refugee deal to help migrants and stem further migrant waves.