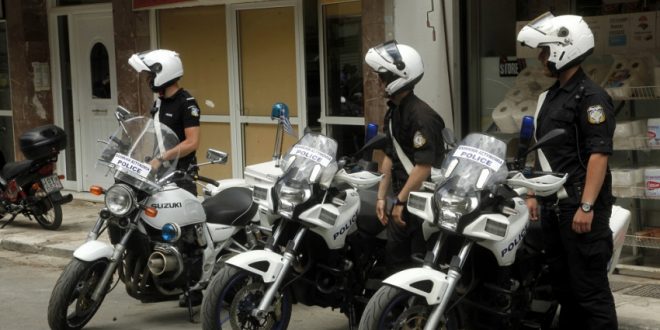 Greek Police announced on Wednesday 150 arrests of business owners who have violated the restrictive measures to contain the spread of coronavirus.

The arrests have been conducted from Thursday, March 12, until Wednesday morning, March 18.

The violations recorded involved the illegal operation of businesses such as hairdressers, tattoo shops but also cafes, restaurants, tavernas, grill houses, bakeries, pastry shops and others, what kept on allowing customers seats, when they should only offer delivery and take away.

According to a police statement, arrests have been made across the whole country and specifically in the following areas: 54 in Attica, 27 in Western Greece, 11 in Thessaly, 8 in Eastern Macedonia and Thrace, 7 in South Aegean, 8 in Western Macedonia, 8 in Central Macedonia, 6 in Crete, 6 in the Peloponnese, 3 in Thessaloniki, 4 in Central Greece, 2 in Epirus, 3 in North Aegean and 1 in the Ionian islands.

The arrested are generally threatened with fines up to 5,000 euros and imprisonment starting from 3 years.

A man on the island of Crete was reported arrested and charged to 18 months suspended sentence for having opened his cafe in a village. A hairdresser and a baker who kept seats for customers were sentenced to one year and a fine of 2,000 euros each.

According to Greek police, market inspections are continuing with undiminished frequency in order to safeguard public health.

Strict measures will be brought to bear on those who violate the rules for protection against the novel coronavirus and anyone engaging in profiteering, government spokesperson Stelios Petsas told ANT1 TV.

Updates on coronavirus in Greece and measures here.