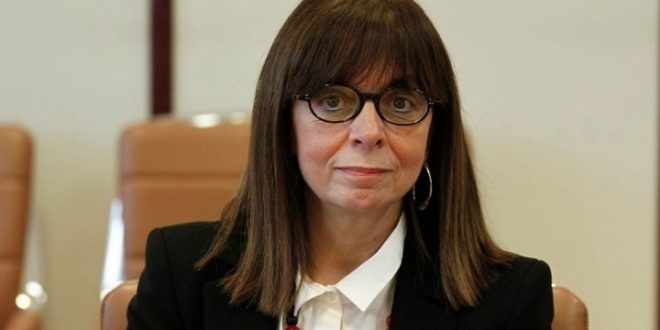 President’s message on 25. March: Personal responsibility and solidarity are the new patriotism

March 25, 2020 Greece, Politics Comments Off on President’s message on 25. March: Personal responsibility and solidarity are the new patriotism 834 Views

“In 1821 Greeks fought the Ottoman Turks as their enemy, but today they fight against the coronavirus pandemic,” President of the Hellenic Republic Katerina Sakellaropoulou said on Tuesday on the occasion of the Independence Day 25. March.

She called on Greek people to “overcome individualism and stay home for the common good. Personal responsibility, collaboration and solidarity are at the heart of the new patriotism that we need.”

“Those fighters who opened the way to Greece’s becoming an independent nation are today reflected in the faces of the heroes in the country’s daily struggles,” she said among others.

Although this year there will be no parades, she said, “we see marching by us – and making us proud – the heroes in the increasingly difficult reality the country is experiencing: the armed forces that protect our borders from Turkish aggression, the security forces that remain vigilant, doctors and nurses, public administrators, workers who meet our daily needs, and the anonymous volunteers who do not expect reward or recognition.”

Sakellaropoulou expressed confidence in the lead scientist of the Health Ministry specialists group, and said she was full of hope after seeing that “political parties are collaborating and agreeing to face the common enemy.”

At critical times, she noted, political unity inspires and guides the people.

The Greek president concluded her commemoration message by saying that “today, we Greeks are waging one more historical battle” but not alone. The crisis will pass, she asserted, and all will contribute to the country’s national recovery plan so that “next year we shall celebrate the 200th anniversary of the Revolution in 1821 in splendor.”