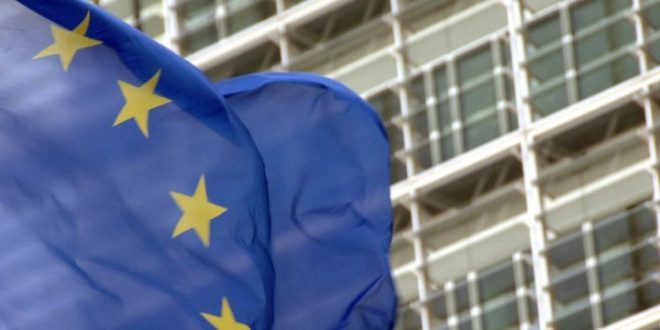 “The cowardice and lack of vision displayed by northern EU countries, such as Germany and the Netherlands, were grist to the mill of the eurosceptics,” Greek Environment and Energy Minister Kostis Hatzidakis said on Monday about the resistance of some EU countries to the issuance a Eurobond, or so-called Coronabond, to help member states financially deal with the pandemic.

In an interview with Parapolitika FM, Hatzidakis said “I was shocked by the stance of Germany, the Netherlands and other countries of north; I had expected greater flexibility and understanding. We are facing a tragedy that exceeds the strength of us all. Europe actively practice the principles of solidarity, of rights, sensitivity, humanity and social justice.”

Greece is not alone with its sharp criticism after the EU finance ministers meeting last Thursday ended with the advise that they should meet again in two weeks and constructive proposals on financial aid duirng the pandemic.

French President Emmanuel Macron said “Europe has to stop being selfish or it risks dying. This week the Netherlands and Germany blocked proposal of 9 countries to issue eurobonds to face coronavirus crisis.” He urged “common debt or budget increase.”

Comments made by Dutch Finance Minister Wopke Hoekstra, who had called for an investigation into Spain’s proclaimed lack of budgetary capacity to cope with the COVID-19 pandemic, were heavily criticised by Portuguese Prime Minister António Costa, who described them as “repugnant” and contrary to the spirit of the European Union. PM Costa said Europe would have to “reinvent” its productive organization to ensure a shorter, closer and safer supply chain.

Italy-EU relations hit a new low. The anti-EU sentiment in Italy mounted over the weekend after the interview of European Commission president Ursula von der Leyen with German news agency DPA. The Commission president dismissed the idea of coronabond as “just a popular word right now,” adding that concerns from Northern countries are justified.

Italian Economy minister Roberto Gualtieri immediately condemned the “wrong words” of von der Leyen, who later clarified that the Commission is not excluding any option within the limits of the Treaty.

Italy, France, Spain, Portugal, Ireland, Slovenia and Luxembourg started the initiative for the Eurobond issueance, but wealthy countries like Germany, Finland, Austria and The Netherlands just don’t want to share the burden.

14 out of the 19 eurozone countries are now asking for Eurobonds to finance expenditures linked to the virus crisis. The new 5 ones are Latvia, Lithuania, Estonia, Cyprus and Slovakia, according to https://t.co/QD1tKnmUKy

Minister Hatzidakis stressed that in case there is a new resurgence of the epidemic in autumn, “we must save our strength because we do not know how long the crisis will last.”

He also said that the recession will be deep, as vital sectors of the Greek economy, such as tourism and shipping, have been hit hard.