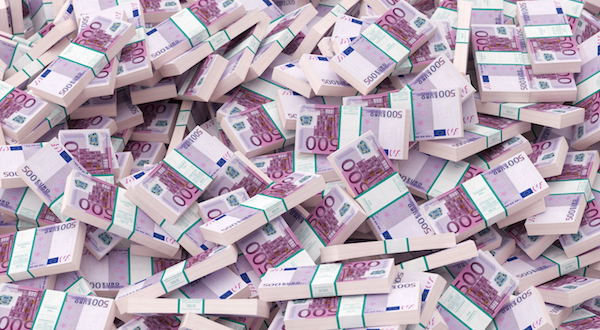 A plan for injecting billions of euros of emergency aid into Europe’s battered economies has been agreed by EU heads. Meeting via video, they agreed to set up a massive recovery fund, closely tied to the bloc’s seven-year budget.

They also confirmed that €540bn (£470bn) of financial support would be released through existing mechanisms from 1 June.

There has been bitter argument over how to fund the much-needed aid. But Italy’s Prime Minister Giuseppe Conte said “great progress” had been made on Thursday.

Italy – which has had the deadliest outbreak in Europe to date – had urged its EU partners, especially the richer countries of northern Europe, to show more solidarity.

Very aware of the negative headlines of late, depicting EU leader v EU leader – the rich and frugal North v the suffering, spendthrift South – there was a determination at Thursday’s summit to avoid the verbal fisticuffs.

There was no walkout by Angry Italy. No fuming about Eurobonds by the Dutch. Instead EU leaders signed off, as expected, on a pre-agreed €500bn euro emergency financial package and on guidelines for lifting Covid-19 restrictions.

Heated discussion about a recovery plan for European economies after the health crisis was left for another day.

The buck passed to the European Commission, which now has the unenviable task of conjuring up a proposal acceptable to divided EU opinion.

Today at least, EU leaders were keen to present a united front. Their underlying intended message: “Yes, we argue but EU solidarity exists. We muddle our way through in the end.”

Leaders also agreed to follow guidance from the EU Commission – the organisation’s executive arm – on easing their respective lockdowns once the spread of the virus had reduced for a “significant period”.

Details of how the longer term recovery plan will be funded will be discussed at another videoconference on 6 May.

There had earlier been divisions over sharing the burden, with the Netherlands, Denmark, Austria, Germany and Sweden opposing France’s proposal on how to support Italy and Spain in their recovery.

But Prime Minister Conte expressed satisfaction with what had been agreed, calling it “an important milestone in European history”. The French president, Emmanuel Macron said that divisions remained.

“I’m saying this sincerely: if Europe raises debt to loan to others, that won’t live up to the response we need,” Mr Macron said. [BBC]