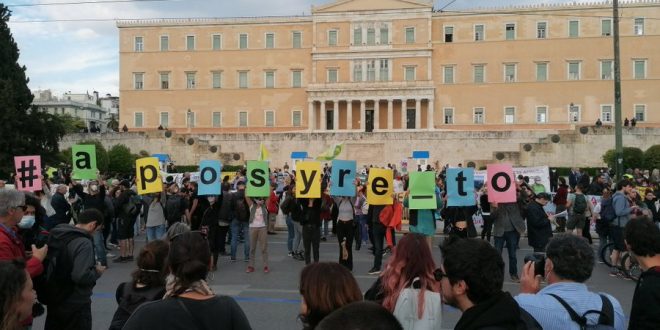 Several environmental organizations and opposition parties have called on the Greek government to withdraw a disastrous environmental bill that, among other things, will permit oil and gas drilling in NATURA protected areas.

Protesters gathered outside the Parliament on Monday calling on the government to “Change the system not the climate” with main slogan “Withdraw it.” 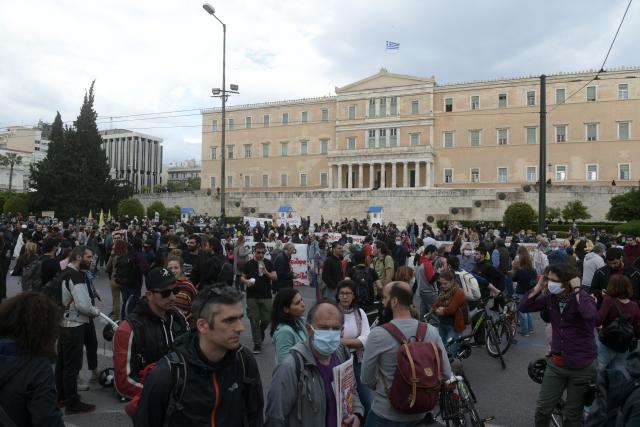 The draft submitted by Energy & Environment Minister Kostis Hatzidakis is described as “catastrophic” and “anti-environmental” as it undermines the environment and sustainable development, Natura protected areas and the forest wealth and allows oil companies to proceed with the mining of hydrocarbon in areas that should be protected.

In a parallel action the World Wide Fund Greece has collected over 30,000 signatures in an online campaign demanding the withdrawal of the bill.

The bill entitled “Modernization of Environmental Legislation” among others:

* Eliminates the protection of Natura sites by promoting mining and hydrocarbon mining in nature conservation areas.

* It puts at risk the protected areas, abolishing the autonomy of Protected Areas Management Bodies, depriving them of important responsibilities such as expressing opinion over licensing.
• Allows the destruction of the environment in the name of investment projects, assigning control of studies to individuals. At the same time, it arbitrarily legalizes such projects within forest areas and, as the case may be, within wetlands and streams.
• Local community and municipal authorities are deprived of the right to opinion on heavy hazardous and polluting hydrocarbon mining facilities in areas owned by public institutions.
• It promotes the reckless expansion of industrial RES, mainly wind farms, which have already caused environmental degradation and financial burden on consumers for the profits of investors.
• It allows hunting and fishing in wildlife shelters.
• It simplifies solid waste management processes and does not take measures against the degradation of streams by the uncontrolled disposal of urban and industrial wastewater in them.

Local authorities on the islands of Kefalonia and Ithaki in the Ionian Sea staged a protest and closed public services on Tuesday calling at the same time on the government to withdraw some of the bill articles fearing that all garbage from the Ionian administrative region will end up in Kefalonia.

During the debated in Palriament on Tuesday, Prime Minister Kyriakos Mitsotakis defended the bill claiming that everything is according to European Union laws.

The voting is scheduled for Tuesday night.