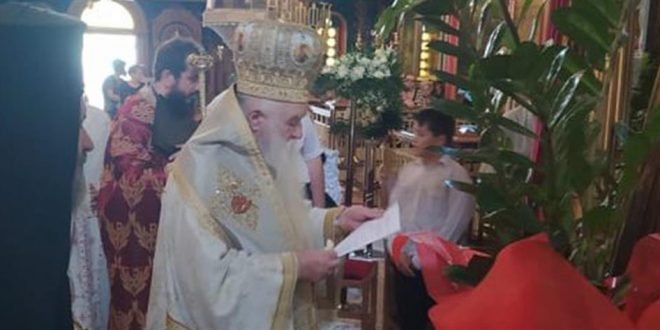 One of the most hardcore bishops of the Greek Orthodox Church, Amvrosios, excommunicated the Prime Minister, the Education & Religious Affairs Minister as well as the head of the Civil Protection over the dispute whether the faithful can get infected with the coronavirus through the Holy Communion. Bishop Amvrosios read the severe “punishment”  on the first day churches in Greece opened again after two months of coronavirus lockdown.

Video: Amvrosios reading the excommunication in front of the holy and miraculous icon of Panagia Trypiti.

While Amvrosios was reading his text, the faithful started leaving the church one after the other, local media reported. The acting bishop who was not present was reportedly disturbed, the local priests said they were not aware of Amvrosios’ intentions.

With a post on his personal blog a few days ago, the former Bishop of Kalavryta and Aigialeia had threatened a few days ago that he will excommunicate Minister Kerameos after she said that the coronavirus is transmitted through the saliva.

Amvrosios considered the minister’s statement as an exhortation to the faithful to refrain from participating in the Holy Communion, where the symbolic “blood and body of Jesus Christ” is shared with a common spoon among several people. 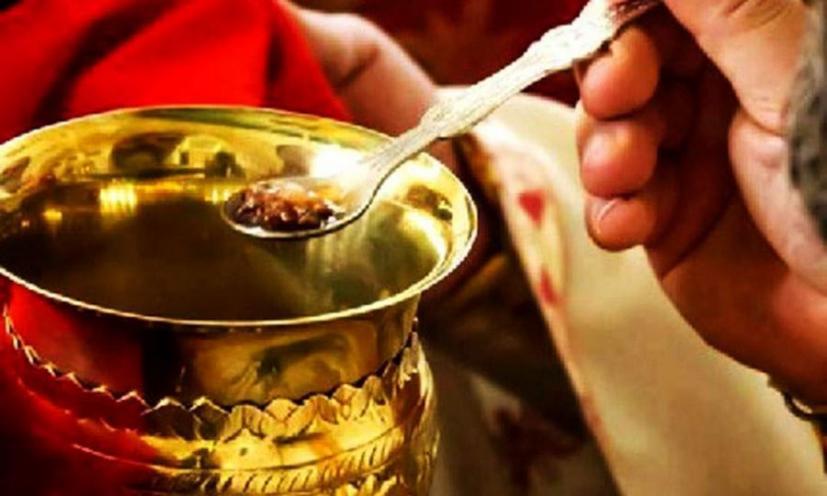 He described the Minister’s statement as “blasphemous” and called on the Minister “to publicly apologize for this indescribable crime”.

He also referred to an alleged dialogue between PM Mitsotakis and Hardalias on the issue. The dialogue was “fake news” posted on social media, but the Amvrosios took it for granted claiming that the two had not dismissed the news as fake.

The action of excommunication is a punishment for a “great sin” and officially excludes someone from participation in the sacraments and worship services of the Greek Orthodox Church.

The punishment respectively the ban can be lifted either by the priest who imposed it or by the Holy Synod.

A couple of hours later, on early Sunday afternoon, the Holy Synod of the Church of Greece reportedly exposed Amvrosios saying “only we can excommunicate someone.” 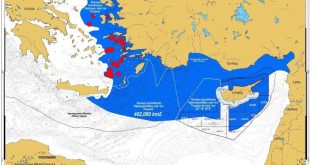