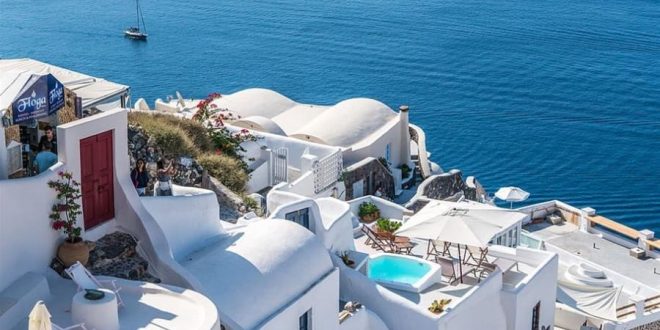 Development Minister calls on Greece’s hoteliers to open their facilities

May 27, 2020 Economy Comments Off on Development Minister calls on Greece’s hoteliers to open their facilities 1,790 Views

Development and Investment Minister, Adonis Georgiadis, has called on Greece’s hoteliers to open their facilities. “The great wager is tourism,” the minister said. But hoteliers seem reluctant to go in operation again in an unstable economic environment and uncertainty about how many tourists will come and from which countries.

In an interview with economic news capital.gr, Georgiadis has called on entrepreneurs to open their hotels and trust the government.

“We will not leave tourism businesses alone. I call on entrepreneurs to open their hotels and trust the Government,” he said.

He recalled the recent announcement by the Tourism Ministry and a Joint Ministerial Decision according to which the government “can greatly strengthen the subsidized tourism for the year 2020.”

But hoteliers are reluctant.

Ιn an online discussion organized by the magazine “Money and Tourism,”major hoteliers welcomed the government measures “given the circumstances and the unprecedented crisis.”

However, they also  expressed objections and dissatisfaction over the delay in finalizing the health protocols, which is a concern for all hotels as staff should be trained in the new conditions.

Some like the vice president of the Greek Federation of Hoteliers criticized the government timetable for opening the country to tourism.

“It is controversial or even absurd for hotels to open before flights to El. Venizelos [in Athens.] Employees are protected to a satisfactory degree, but there are half measures protecting the companies,” said Aris Soulounias, vice president of the Hotel Chamber of Greece (XEE) and the Panhellenic Federation of Hoteliers (POX).

The government is urging hoteliers and other business owners, in general, to take loans, while they say that they cannot afford more loans in an economic unable environment.

Other issues that have not been solved yet are what will happen when a COVID-19 will be detected in a hotel forcing it to close down for 15 days, Giannis Hatzitheothosiou, President of the Professional Chamber in Athens told state broadcaster ERT TV on Wednesday.

Insurance companies have rejected the proposal to come up for the revenues losses, he said, adding that the government is considering to establish an own fund for such purposes.

Greece’s hoteliers appear reluctant to open also because they do not know how many tourists will come this year.

He stressed that some 700,000 people are working in the tourism sector and what will happen with them if not all of them can be hired this year.

The problems are still a lot and crucial issues have not been settled yet.

However, hoteliers are reportedly expected to take their final decisions regarding how many and which units will eventually reopen when air connections to the islands and destinations to the mainland with direct flights resume.

Speaking to ERT TV, deputy mayor in charge of Tourism in Kefalonia, Nikos Kourkoumelis, said that “there is a lot of uncertainty,”especially among the small businessmen. “We are waiting for the lists of countries, we’re waiting to see if tourists from the UK will be allowed to come,” he said stressing that the majority of tourists on the island are from the UK.

Nevertheless, major 5* hotels in Greece have reportedly declared to re-open again, even before the government announced the tourism support measures.