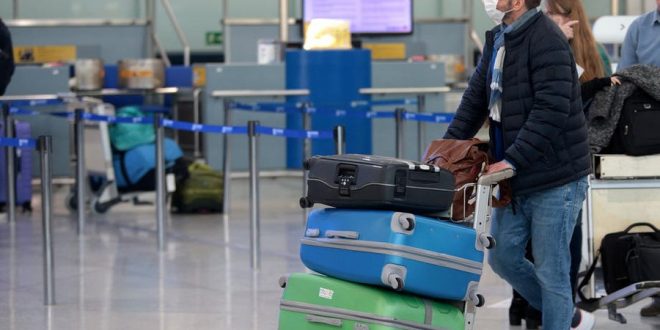 The European Union has pledged to lift border controls inside its territory by the end of the month, while extending a ban on travellers coming from outside the bloc until 1 July.

The extension of the ban on non-essential travel by foreign nationals into the EU’s border free-travel zone was approved by the EU’s 27 home affairs ministers on Friday by video conference.

The travel ban, which had been due to expire on 15 June, applies to all non-EU countries, with exemptions for citizens from EU-associated countries – Iceland, Liechtenstein, Norway and Switzerland.

British travellers also remain exempt from the ban but face two-week quarantine requirements from some European governments, reports the guardian.

The EU’s home affairs commissioner, Ylva Johansson, told journalists that “almost all member states” had expressed “a strong preference for a further but short prolongation” of the travel ban. Countries had agreed a “gradual and strictly coordinated lifting” of the restriction from July, she said.

In a boost for the summer holiday plans of millions of Europeans, most EU countries are expected to end internal border controls by 15 June.

The commissioner has called on all EU member states to remove internal border controls by the end of June, although officials said a few restrictions could remain in place until mid-July.

The news will allow millions of Europeans to make summer holiday plans and boost the hard-hit tourism industry.

More information on travel to Greece amid the pandemic here.