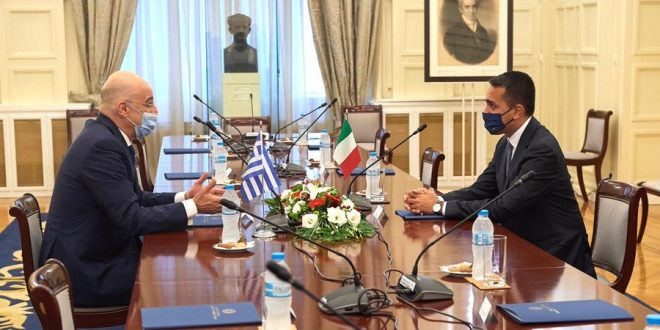 Greece opens its gates to tourists from Italy on June 15

Greece will gradually open its gates to tourists from Italy starting on Monday, June 15, Foreign Minister Nikos Dendias announced on Tuesday, during a joint presser with his Italian counterpart Luigi Di Maio.

“Greece will lift any restrictions as from next Monday and gradually until the end of the month,” Dendias said. He did not elaborate whether the gradual lifting refers to particular regions in Italy.

He expressed hope that “our Italian friends will spend the holidays in our country again this year.”

According to the Foreign Minister, there has been a lot of discussion about the epidemiological data in Italy in relation to the coronavirus. These data is “rapidly improving,” he added.

Responding to Dendias, Di Maio said “I am happy that Nikos Dendias assured that Greece will reopen its borders to Italy by the end of the month, removing any restrictions on quarantine for Italian tourists.”

It should be recalled that Italy was not included in the list of 29 countries for which Greece opens its gates on June 15. That decision had triggered reactions in neighboring country.

“”Italy believes in the European spirit, but it is ready to close its borders to anyone who does not respect it,” Di Maio had warned when Greece excluded it form the list. He had announced that he would visit Athens in order to address the issue himself.

Di Maio came to Athens no only for the tourism issue, though. Together with his Greek counterpart, he signed a historic agreement on the delimitation of maritime zones between the two countries in the Ionian Sea.