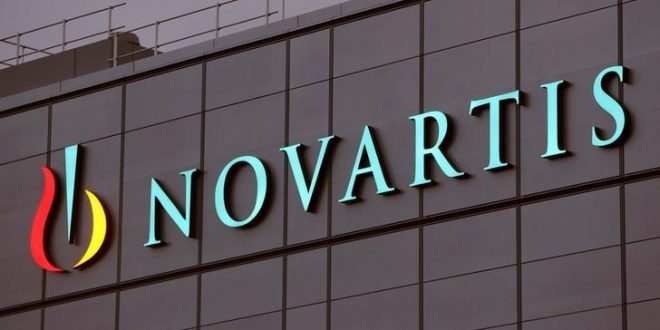 The U.S. Department of Justice said on Thursday that Novartis Hellas, a Greece-based unit of the Swiss drugmaker, entered a deferred prosecution agreement and will pay a $225 million criminal fine. Novartis will also pay $112.8 million to settle related civil charges by the U.S. Securities and Exchange Commission.

Novartis AG  and a former eye-care unit will pay more than $346 million to resolve U.S. criminal and civil charges that they bribed doctors, hospitals and clinics in Greece and Vietnam to prescribe their drugs and use their surgical products.

Alcon Pte, now part of Alcon AG entered its own deferred prosecution agreement and will pay an $8.9 million criminal fine. Novartis spun off Alcon in April 2019.

Authorities said Novartis Hellas conspired from 2012 to 2015 to bribe employees of state-owned hospitals and clinics in Greece to buy more Novartis-branded drugs including Lucentis, which treats a form of age-related vision loss.

The Alcon unit was accused of having from 2011 to 2014 used a third-party distributor to quietly funnel payments to employees of state-owned hospitals and clinics in Vietnam to boost sales of intraocular lenses, which are used to treat cataracts.

Shannon Thyme Klinger, Novartis’ group general counsel, in a statement said the drugmaker was pleased to have resolved all its outstanding FCPA investigations.

Novartis also said the settlements contain no allegations regarding any bribery of Greek politicians, consistent with its own internal findings, reuters notes.

Excerpt from the US Securities and Exchange Commission press release

The Securities and Exchange Commission today announced that Novartis AG, a global pharmaceutical and healthcare company headquartered in Basel, Switzerland, has agreed to pay over $112 million to settle charges that it violated the books and records and internal accounting controls provisions of the Foreign Corrupt Practices Act (FCPA).

The SEC’s order finds that local subsidiaries or affiliates of Novartis or its former subsidiary Alcon Inc. engaged in schemes to make improper payments or to provide benefits to public and private healthcare providers in South Korea, Vietnam, and Greece in exchange for prescribing or using Novartis or Alcon products. According to the order, these schemes took place between 2012 and 2016 and were known among certain managers of the local subsidiaries or affiliates. The order also finds that Novartis lacked sufficient internal accounting controls within its former Alcon business in China from 2013 to 2015, which used forged contracts as part of local financing arrangements that generated large losses and resulted in Novartis and Alcon writing off more than $50 million in bad debt.

Excerpt by US Department of Justice

According to its admissions, between 2012 and 2015, Novartis Greece conspired with others to violate the FCPA by engaging in a scheme to bribe employees of state-owned and state-controlled hospitals and clinics in Greece in order to increase the sale of Novartis-branded pharmaceutical products.  Specifically, Novartis Greece paid for employees of state-owned and state-controlled hospitals and clinics to travel to international medical congresses, including events held in the United States, as a means to bribe these officials in exchange for increasing the number of prescriptions they wrote for Lucentis, a prescription drug that Novartis Greece sold.  In furtherance of the scheme, Novartis Greece employees traveled to the United States, and, while located in the United States, facilitated the provision of the improper benefits to publicly-employed Greek health care providers.

In furtherance of both schemes, Novartis Greece, through its employees and agents, knowingly and willfully conspired with others to cause Novartis AG to mischaracterize and falsely record improper payments related to the international medical congresses and the epidemiological study in Novartis AG’s books, records, and accounts. source